A WotW tribute I've started in my spare time

I´ve spent some hours last weekend doing a tribute to War of the Worlds (the 50’s movie). It´s just a WIP but it was really fun to do.

I’m modelled and texturized everything in a morning, except for the trees and rocks (they are from Ancient Ruins package).

It would be nice to make a scene like VR Showdown with this assets. I think I will do it maybe next weekend!

DISCLAIMER 1: I’m not a proper artists, I’m actually a programmer. 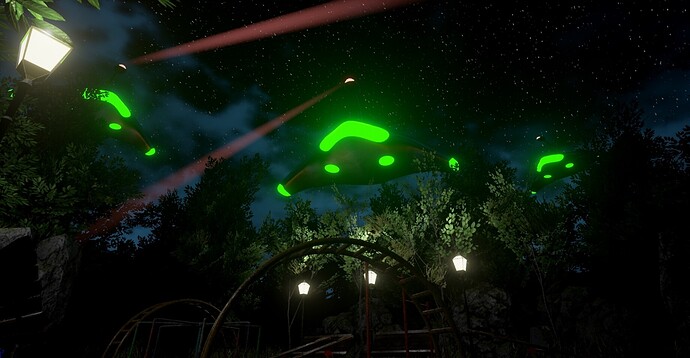 Awesome! Still one of my favorite movies! Nice job!