This is Mostafa Ari the technical supervisor of an experimental short animation “The Thunder”.

After seeing the growing trend of using UE4 in entertainment industry we decided to make a short
animation using UE4 as our set dressing and rendering software. Our main goals were the adaptation of UE tools in our
production workflow and reducing the cost of production specially in design and rendering stages.

The movie is in its final phases and I want to share some still images here: 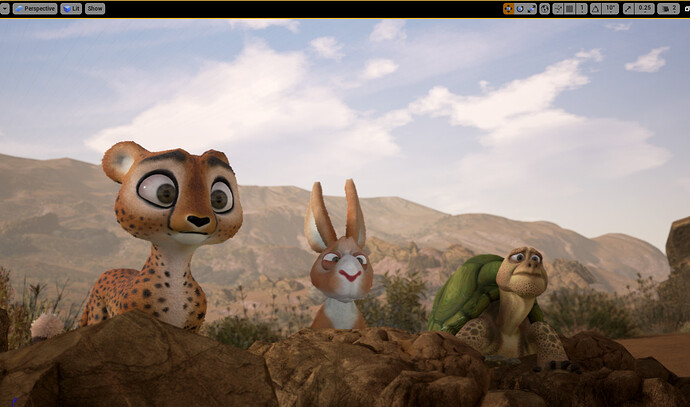 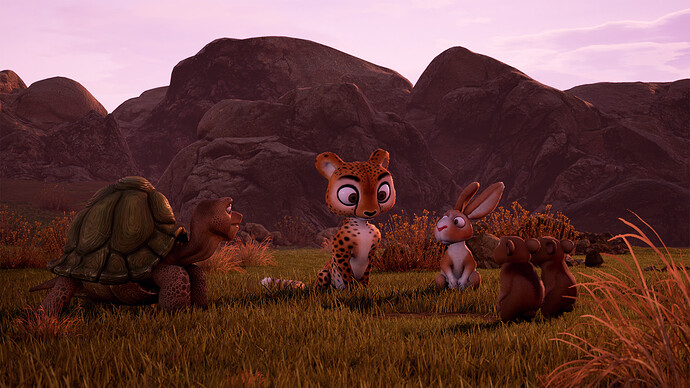 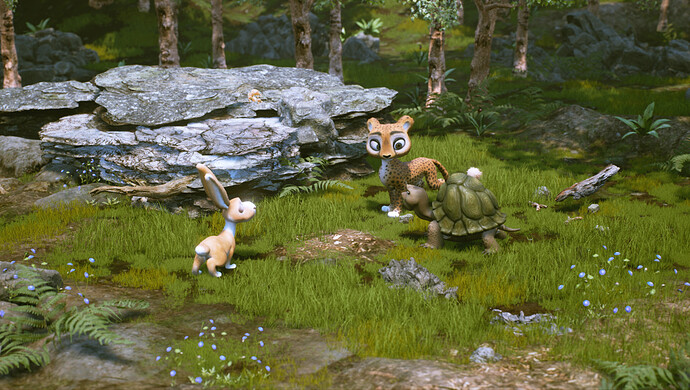 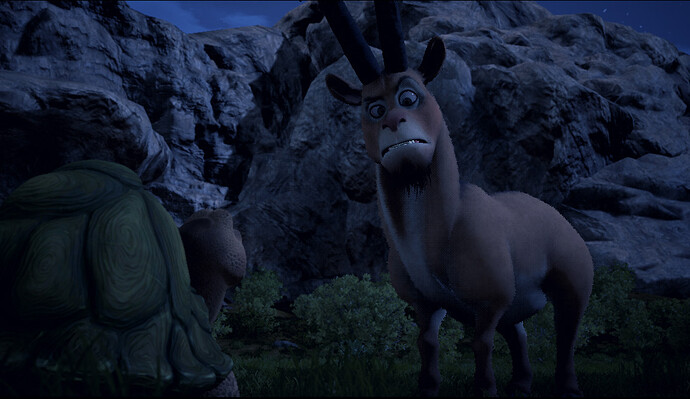 Looks great! Would love to see how it looks in motion.

Looks great!
Can you talk about workflow? Are you using alembic?

Very cool. Maybe soon you can give Dreamworks a run for their money!

Thank you silvermehran
Unfortunately at the moment alembic files are not compatible with UE4 sequencer. Sequencer is one of our main tool in production.
Therefore All character and non-character animations has been done in Maya using rigging and skinning method and exported through FBX format. Although we made
some custom tools to make processes smoother. You can see one of our characters here:

Using UE4 has considerably reduced our production cost. It reduces the project timeline by eliminating correction loops and decreasing render time.
Designing and implementing location and props are very quick and rich. There are a lot of privileges using UE4 in your animation production.

Hey Thanks.
Are you Persian? because of Gourbaghe :))
Is blendshapes works with sequencer? Can you talk a bit more about Your maya workflow and tools.

Yes dear Mehran, I am

the sequencer really works fine with blendshape, bone and skin animation. It is really straight forward. We even tested long animation tracks without any problem.
In Maya preparing characters to make them ready for data transfer is an important but mechanical process. For every Maya files we should clean up characters and save their animation data. So we wrote a script that automatically found all characters in the scene and exported them in different Fbx file lean and clean.

Great work! We also plan to use unreal for a short animation.
Best wishes for you and your team.

Here I have uploaded some animation tracks and rendered shots of the short animation.
The color and contrast of the movies has been modified a little because of the conversion to mp4.

At the moment they don’t have music and SFX. Also they are raw exported movie without any
enhancement in compositing and movie editing packages so you may see some camera problems
in them. They will be solved in the final version.

Hi,
i like the idea to use unreal as a production tool for animation too. I do 360° VR 3D short storys as well. You can see the work in progress on youtube: creatiVRstudio.
The style of your character and the animations are nice. It fits well with the environment. For my film I do all alone, character, animation, FX, orchester soundtrack and so on. A lot of work to do, but i hope it was worth it at the end of this year.
I am trying now to use alembic, because of better definition than exporting with fbx. Using DAZ-Studio is good for small studios, but fbx export is only possible with loosing details. Alembic has a lot more triangles, but i have problems with texture maps. Some weired patterns occur, after importing and give them a material.
Nice greetings from germany.
Martin.