A question for fps developers about the enemies in their games

They have no ideologies or function , simply little evil men to shoot at. No characterzation or system just a soulless husk with a shemagh and a shahadah on their head to be shot at. Some level of authenticity should be applied at all considerations I’ve never seen a game where you can kill a child soldier or even play as one (and no mgs 5 does not count the only game the comes remotely close to letting you kill a child is postal 2 without ingame punishment) even though its such a common sight in wars.

Having known many people from third world warzones (some who lost family to guerilla groups or who had been tortured by their governments) the inaccuracy is simply astounding and frankly disgusting , borderline cowardly. so i must ask , why ?

Hope you mixed up the sentence order here by accident. What are you suggesting? Say it out loud.

Also, if you’re looking for something grim and more down to earth: 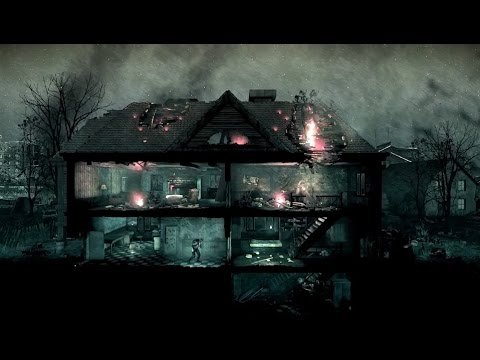 Some level of authenticity should be applied at all considerations

Strongly disagree. Creative freedoms you advocate for prove you wrong.

I Know of this war of mine , the idea they had basing off the Bosnian War was fantastic. No , I’m referring to games having poor considerations for the enemies they create.

The PLO for example

Than you have the tamil tigers

Divisions of the Liberation Tigers of Tamil Eelam

Divisions of the Liberation Tigers of Tamil Eelam refers to the military, intelligence and overseas divisions the Liberation Tigers of Tamil Eelam (LTTE). Most of these divisions were destroyed during the Eelam War IV, and only parts of the intelligence and financing divisions remain overseas. Black Tigers is the LTTE division that carried out suicide attacks in the South and other parts of the country. It consisted of selected cadres from other regiments. The division was formed in July 1987, w...

Simply look at stuff like the Japanese Red Army film Japanese Red Army / PFLP : Declaration of World War - Film by Masao Adachi & Kôji Wakamatsu - YouTube their is many considerations for the party doctrine and for how it is not only advocating political struggle but armed struggle

Now look at an enemy like “opfor” from mw , soulless shooting gallery puppets with no spirit , idea or construct

Also that isn’t an fps

Realism is not what sells and/or attracts most people (simulators cater to niches, unless it’s a Goat simulator). Realism is ugly, undesired in most cases, for reasons too numerous to mention. Games are supposed to be fun - it’s in the name; it’s a form of media you’re supposed to consume vicariously, without suffering consequences.

I seriously doubt anyone who has experienced the atrocities of war first hand would think it’s a good idea to translate it directly in to a video game.

On the other hand, if you have experienced it and have a story to tell, what is stopping you from telling it. Video games are a form of artistic expression. Just be prepared to be judged when people don’t like your story.

Also that isn’t an fps

Does it matter? Thought this was a serious post. You surely are not saying that harming children in first person perspective games hasn’t been explored enough.

I’m glad your first response was too innately grab that Eden of fruit “fun” , proposing a game that values creative identity over commercial function is not like a ragdoll gam with a goat. Somehow you’d consider this whole “games as an art form” as secondary to mindless stuff like how many games can have gib effects or t#ts. This is why art is dying , yes please presume your tacit frivolous opinions on an actual real wargame being.

And lastly tough sh#t people get offended by literally anything these days. short of making a bomb threats to the studio (which also seems to happen now sadly) I wouldn’t be that much different from any game studio

Thread said fps , isn’t an fps. I already said the only fps that has done this is postal. Also , lol quote mining newbie , weakling