More and more people leave 5 star reviews, just to get access to Discord or Github - and obviously they aren’t going to leave a negative rating just for that.
This makes all the marketplace assets with a lot of reviews untrustworthy, because as a customer you now have no way of knowing anymore if people genuinly like an asset - or if they just wanted to get Discord / Github access and haven’t bothered to give a proper rating … or are afraid to give a bad rating and face an angry dev in the Discord.

Epic needs to forbid making reviews just for Discord / Github access and perhaps implement a system for sellers to more easily see who bought their assets.

And in the meantime, Discord access should be done over the comment section or by the Dev checking the purchase ID.

I agree, but ban it from questions as well. I just want to find out one thing before I buy a product but I need to sift through scores of ‘verification’ questions to find it, only to see the dev say “I’ll answer in Discord.”

The WORST fad. Shout outs to all my kings and queens who don’t pull this fiasco. Y’all are the GOATs.

I agree as well. Anything that falsely raises reviews should be banned. It’s a common greasy scheme used by lots of companies.

“If you give us a five star rating, at the end of week you get put in a drawing for a free iPad. Only seven people in so far, so it’s high chances.” Overheard that at an auto repair shop I went to that was the highest rated in my city. All their prices were much higher than anywhere else. While waiting for help several people came in complaining about the terrible job the mechanics did.

Anecdotal story but an example. It’s fraud with extra steps.

Epic needs to forbid making reviews just for Discord / Github access and perhaps implement a system for sellers to more easily see who bought their assets.

This is abuse of the review system, and we deal with cases when we’re aware of them. Please create a support ticket and let us know the details. We do allow people to use the questions system for this, though we know that’s not ideal, and do want to implement a verification system so workarounds aren’t needed.

Hi Josh, I appreciate the clear answer. However, I have reported a LOT of these discord access reviews and over a month later they still haven’t been removed or changed.

I’m not going to name and shame certain assets here, but some of the (popular) assets on the marketplace have basically half of their reviews only be for discord / github access. And it’s really disheartening that reporting them is useless…

As a suggestion: implement an overlay, which displays when someone clicks on “Write a Review” and which needs to be confirmed via a button click BEFORE a user is able to write an actual review.
In that overlay, display a few most important rules, e.g. “do not use the review section for discord access” or “the review should be only about the asset”.

That way every user will see and know that discord access reviews are not okay, and hopefully this will prevent future ones from being made.

PS: It would probably also help to send out a notification to all marketplace creators, to inform them that reviews for Discord / github access are against the rules. I don’t think most of them are actually aware of this, because I can still see sellers telling new customers to leave a review for discord access.

When we review reports, we first and foremost look to see if the review is valid. If the review seems valid and relevant, but happens to also touch on Discord access, we’ll leave it alone. If the review just seems to be there for access, that’s where we step in. If it seems we’re not being consistent in applying that standard, can you please create a support ticket with the details?

We’ll consider an email to creators in the future covering that and a few other topics that it would be useful to broadcast. Thanks for the suggestion. 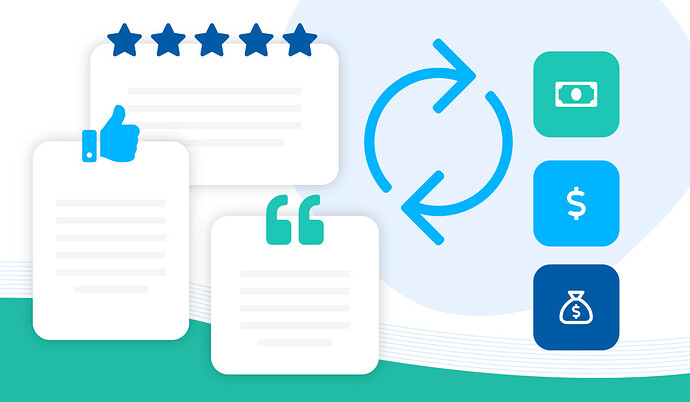 We address the most common questions about paid and fake testimonials, and provide solutions to help you solve these problems.

This is still happening.