we are a team out of two members who will work for 48h on our project “Against us”!

It is an Coop-Survival Game in which you need to take care of each other and fight against the environment and other unfriendly groups.
Our main goal this weekend is to implement following features:

We will update this thread constantly and will answer to questions or feedback.

This is a preview screenshot of our Test-Map: 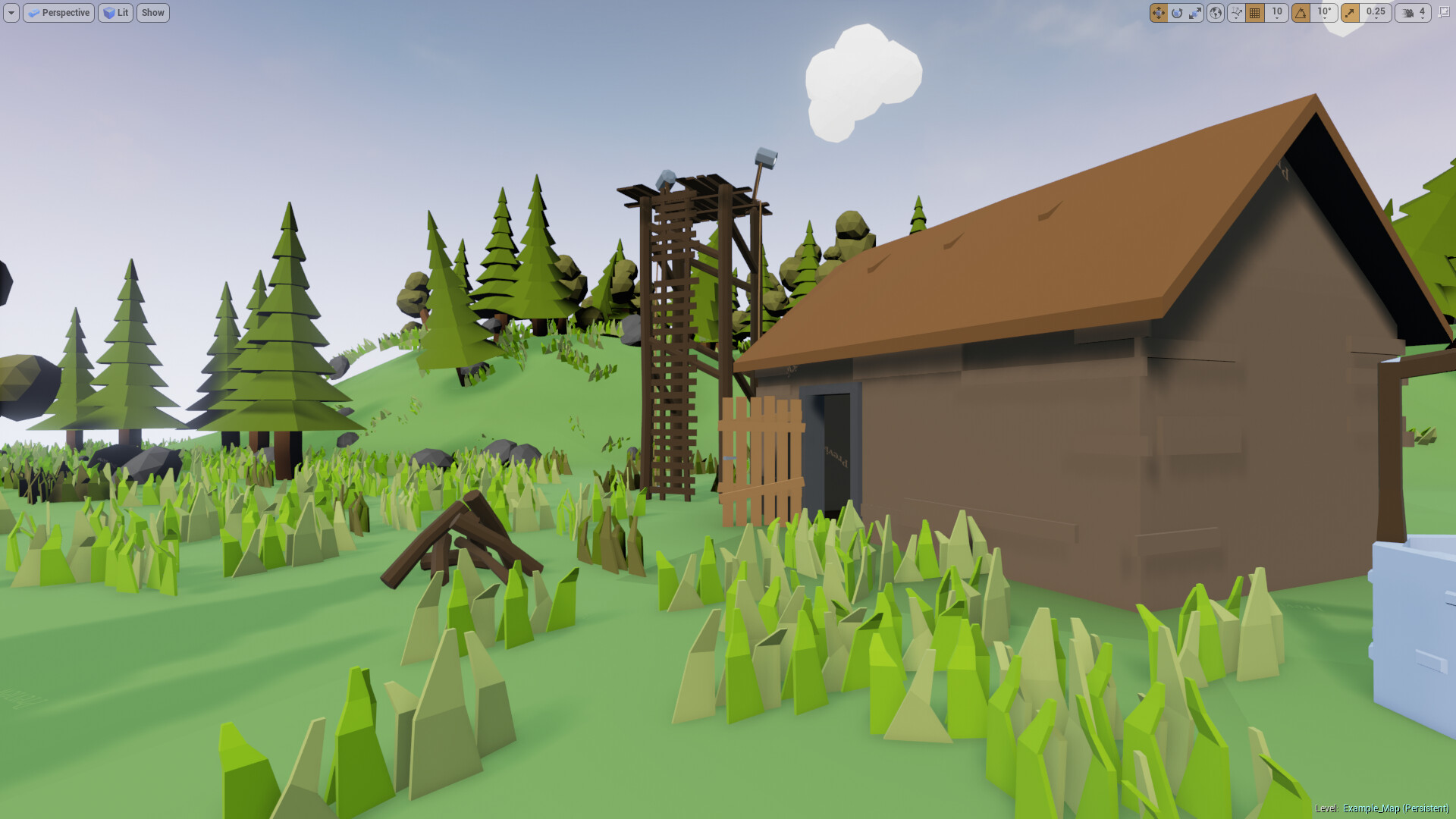 Keep up the good work guys

Here’s our first Update this night!
We have accomplished first results:

We can place objects and upgrade them in several states.
We have learned many things about networking with blueprints.

We have modelled some new objects and created a test character.

As an information for you, we only use blueprints for the whole project.

Our next steps will be the basic hunger-system and a new test map.
The main goal of this 48h jam is to proof that the gameplay is fun and functional.
Were looking forward to our next Update and will then release some gif’s and screenshots.