4.8p4 - adding variables to a struct causes many warnings

Hi - When I add a few new variables to an existing struct, save it, and close and re-open the editor, I get a ton of warnings about inappropriate outermosts and deprecated outers. I also get these in 4.7.6.

Here’s the struct, with two variables I added at the end: 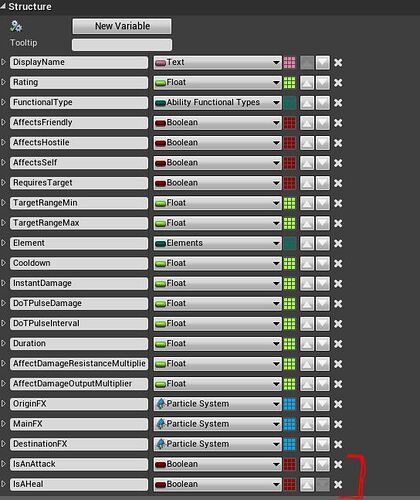 In 4.7.6, I can make this go away by deleting and re-making all variables that use that struct type, but this is getting a bit burdensome.

I attempted to repro this in 4.8 P4 but I couldn’t get your results. Have you tried reproducing this outside of your project? If you can get a repro in a new project, please post your exact steps here.

OK - thanks for looking at this. I can repro it consistently in a new project in 4.8p4.

I’ll attach some screenshots of the setup I end up with following those steps. It also crashes the editor when I look at the function described above and then the event graph in the top down character. 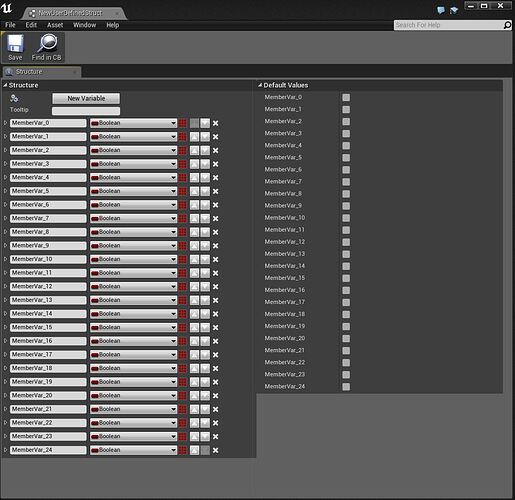 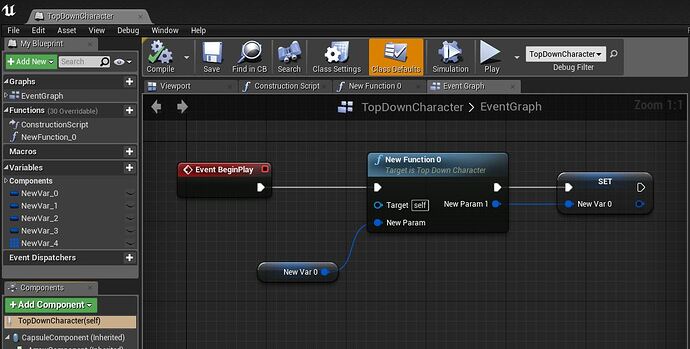 Thank you for the through repro steps. I was able to reproduce the issue in-house, so I have created JIRA UE-16488. Our developers will be investigating the issue further and we will post back here with updates as we have them.

Awesome… thanks very much!