To repro: Make a Custom Event node that takes a few variables with multi-word names. Copy the node and paste it back into the same BP and you’ll see it has messed up the names. If you paste into a different BP it also messes up the names in a different way (not shown here.) 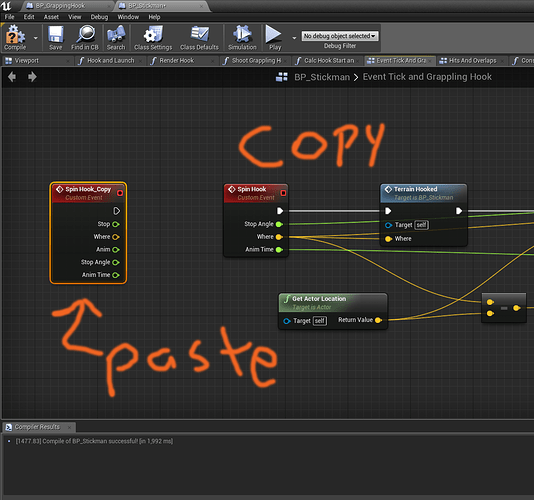 Thanks for the report! I was able to reproduce this in 4.6.1 and up, and have entered a bug report in our system (UE-9106). It appears that putting a space in the input names is what is causing the problem, so for now you can simply use “StopAngle” instead of “Stop Angle” to avoid this bug. You can also delete the extra inputs in the copied node. I’ll let you know when I see an update on the bug. Thanks again!

Just wanted to let you know that this has been fixed internally, and the fix should be integrated by 4.8. Thanks again for your report!