I then tried to add the project to git within the Unreal Editor, however it claims the project is not within a git repo: 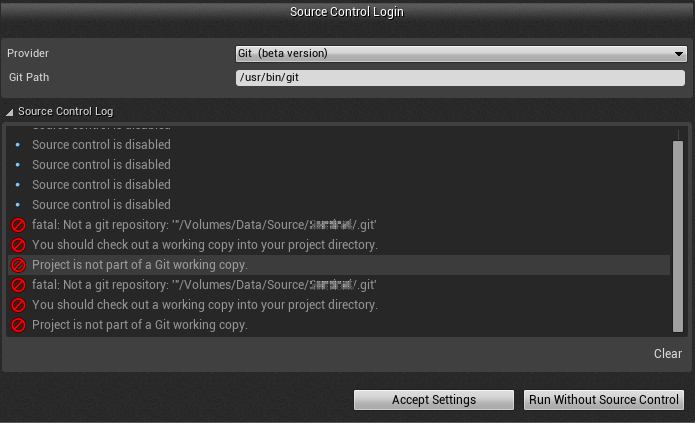 This is the .git/config file for the git repo, if that helps: 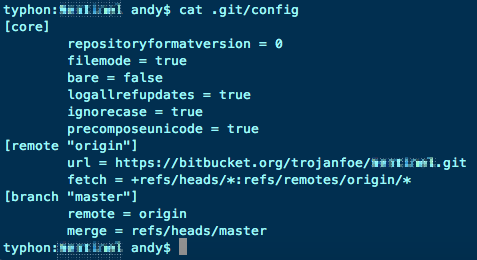 Could you execute the following command in your shell?

Wow, and the clone is a clean one I guess. If you backup your changes and then try to reset the whole repo with:

Well rather than losing changes, I have committed the modified files and added the Docs directory and retried and it made no difference (same error message). It seems to me that the git plugin is looking in the wrong place and it’s claim that .../ProjectDir/.git is not a git repository is probably correct (it should be dealing with .../ProjectDir and not the .git directory I guess?).

Might be a bug in the plugin, can you debug it in a source build?

There are a few questions I’d like to ask to help me investigate this issue. Are you still experiencing this problem with preview 6? If you create a project in 4.6.1 are you able to save/open in 4.7 preview and add it to git? Also, have you tried debugging in a source build as Moss suggested? Let us know if you’re still having problems with this along with any other information you can think of.

Hi Doug, I’m sorry but I am no longer subscribing to UE4 so I’m unable to even install preview 6.

There have been a number of issues regarding project conversions to preview 5, many of which were addressed and fixed for preview 6 with more fixed to come for the final release of 4.7. If you still have a copy of your project from an earlier engine version the best option would be to continue working there as the preview versions will continue to be less stable than the final version. You can resubscribe once 4.7 is released and decide if your project can take advantage of any of the bug fixes / new features.

The problem is in fact that my Git Plugin could not work correctly under OSX with UE4.7 (up to 4.7.3).

There was a bug in the Unreal Engine regarding the Mac Platform that I fixed a week ago :
https://github.com/EpicGames/UnrealEngine/pull/920

That fix was merged onto master on commit 2196a60

Please see my answer bellow, it was in fact a bug int the Mac Platform.
Cheers!