just tried the new UE4.5 tutorials. But it seems not possible to display them in the Blueprint Editor. Reproduction:

BTW: If I close a tutorial and select another one the old ones simply resumes.

PS: It would be great if one could simply paste a screenshot here (like in GMail or some other forums)

The “click here” link in the “Blueprint Macro Library Walkthrough” and not being able to start a new tutorial are however both issues and have been reported to our internal tracking system and should be fixed in a future update to the engine.

That’s not what happens on my system. Here’s a video of the procedure (had to zip the video for some reason to upload it):

Clicking the tutorial button from the level blueprint automatically starts the Level Blueprint Walkthrough rather than opening the Unreal Editor Tutotials menu. Do you see the same behavior in a new project? Also, which version of the engine are you running (4.5 preview, 4.5 from the Launcher or 4.5 from GitHub source)?

I am running 4.5.0 from the launcher. Same behaviour with new project: 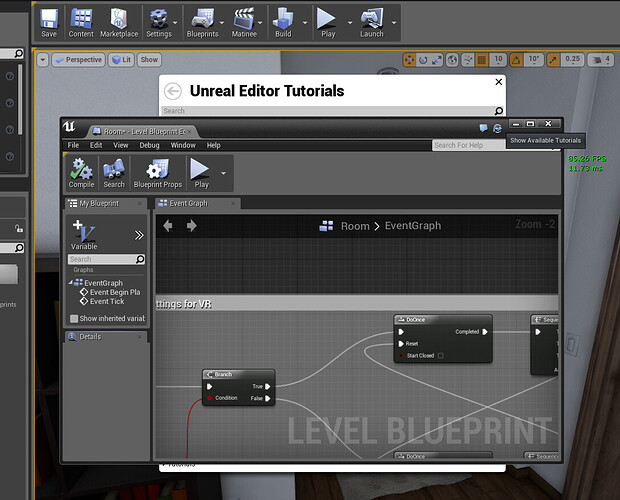 Can confirm. Same behavior for tutorial button in Blueprint, Sound Cue, Texture view and other windows.

More of that. Under Tutorials settings Most of tutors set to ‘none’ (even if they’re set to proper one, reselecting them cause a bug). If You set Launch or Attract tutorial to proper one and press - Use, You will get infinite loop of warnings in output log while Dropdown opened (clear path fixing problem): 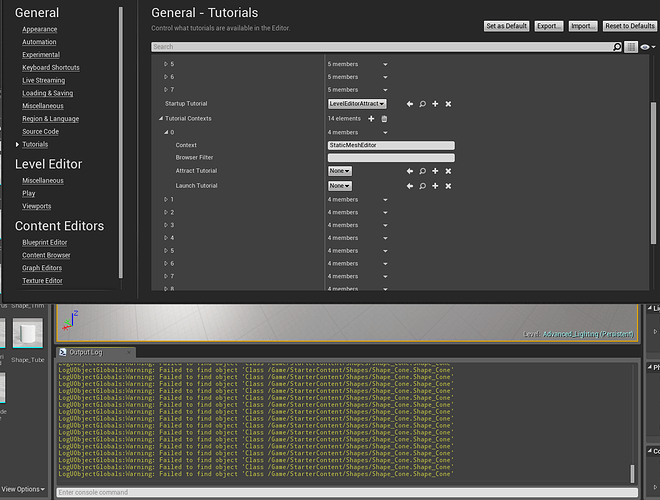 Thank you spyro and S-ed for all of the information. The issues with the tutorial functionality has been submitted to our internal tracking system for further investigation and a solution should appear in a future update to the engine.

Hello,
just came across this thread i’m experiencing the same issue, no it’s an old thread now so wondering if there has been a fix yet ?

The original issue for this, UEDOC-395, was fixed for 4.6. If you do have an issue with tutorials, please create a new topic and include as much information about what’s happening on your end to help investigate the issue.