Hi, I’m doing a small project to learn Blueplrints.
So i’m making a small game where you play as a farmer that needs to defend his crops from waves of rabbits.
This may visually clarify what i want to do: 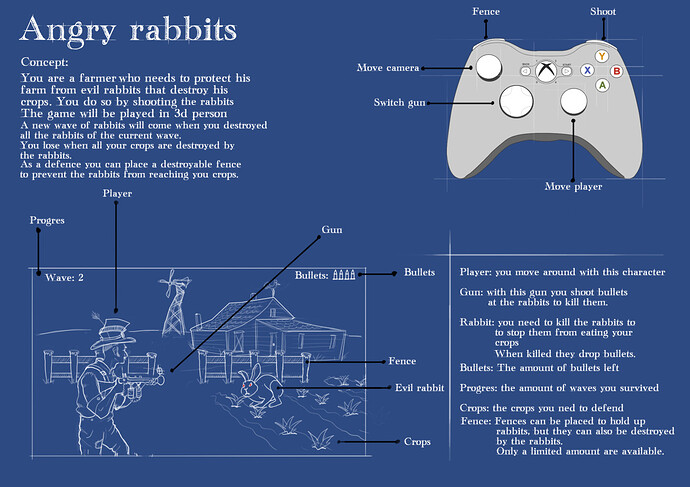 And this is a list of what i need to make:

Made a few assets so I can get started with those blueprints.
They are all unwrapped but not yet textured (because that’s not the focus). 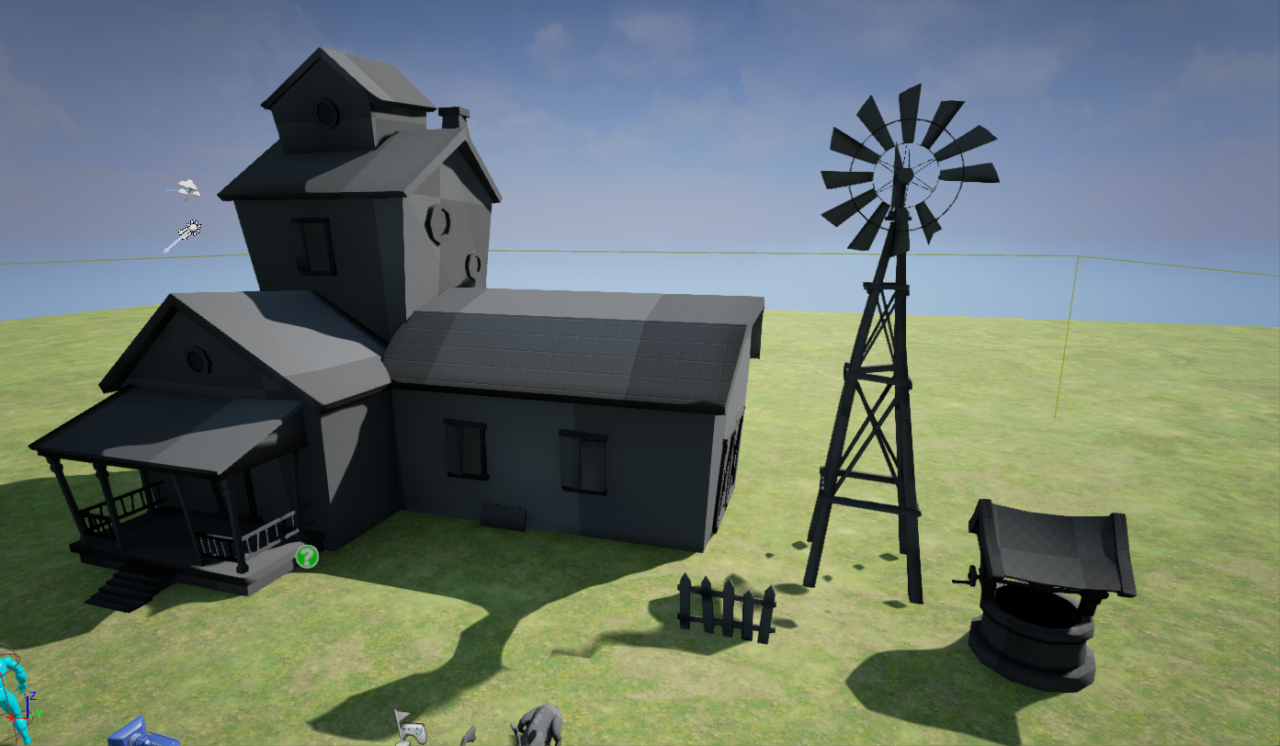 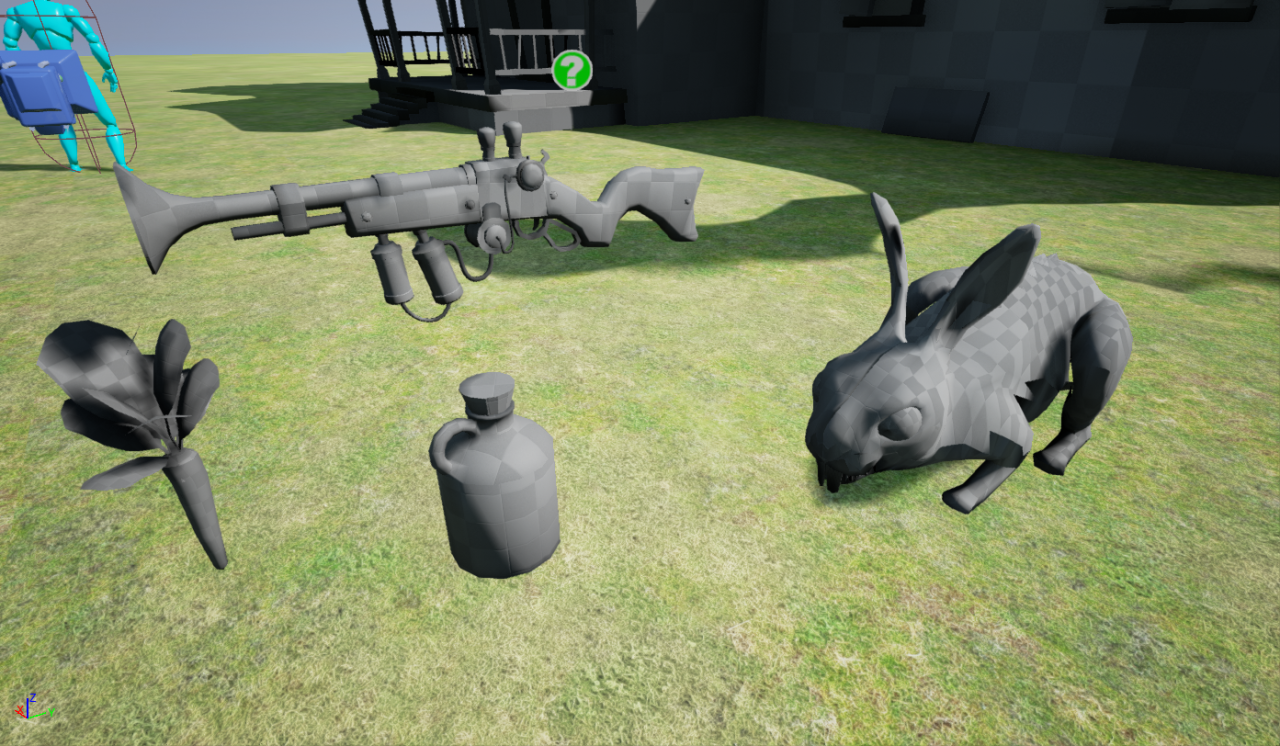