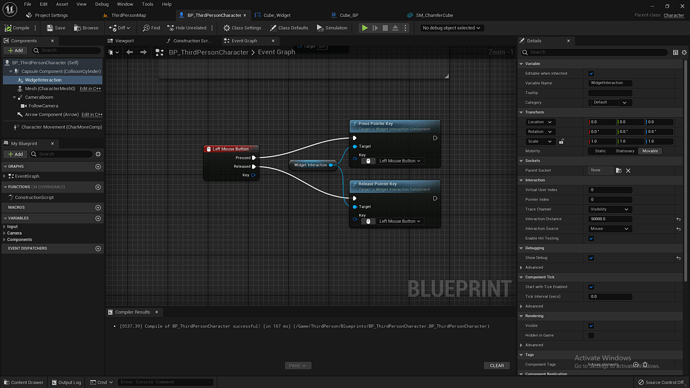 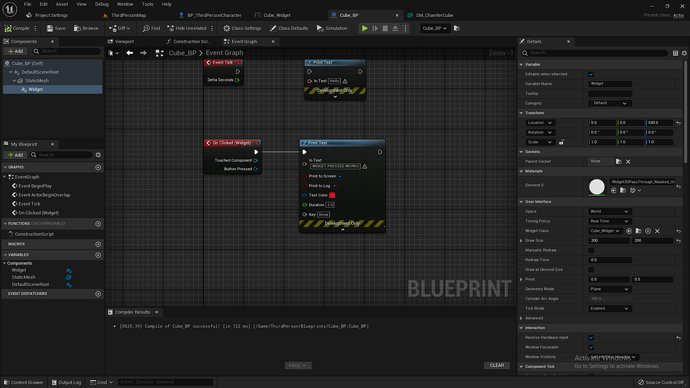 Where did you add the Interaction Component to?
In an Actor not being the Player?

If yes, you need to give this actor an Input Receive value in his class defaults.

Its recommendet to add the Interaction Component to a Pawn/Character/PlayerController… That has the Ability to receive Player Inputs by default.

So in my og project it was on a character and still it wasn’t working with the same setup.
The click works on the widget blueprint only and according to the documentation its supposed to work that way but I can’t understand why the on click for the component does not work

Okay I have found a work around to this problem, simply added a box collision around the 3d widget and tried it and voila! it works!