I am trying to create a screen in game that my character can come up to and interact with. I am using an actor with widget component set to world space.
It works fine, except nothing happens when I click on the button. By clicking all around the screen I found out that clickable area is located approximately in the red outlined area instead of being on the button. When I click in that area the button is actually being clicked. Sometimes it is there, other times I can’t find it at all, depending on the settings, particularly on where anchor is located. But in my latest iteration I am using vertical box instead of canvas panel so there is no anchor and it behaves as I described. 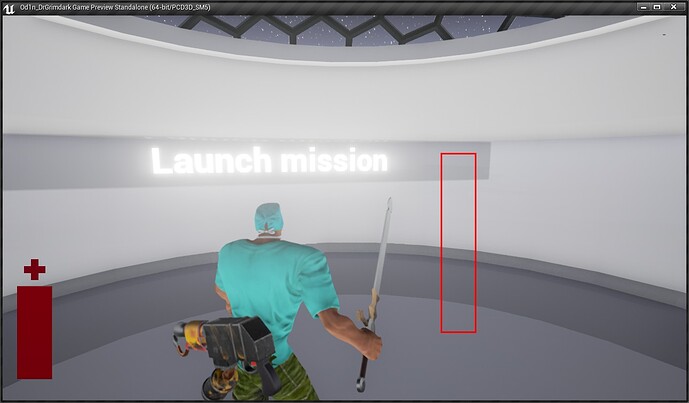 3dwidget.jpg1290×754 88.8 KB
Engine version is 4.9.2, I am using basic setup, there are no fancy things added or anything, tried playing with various settings in attempts to solve the problem but pretty much I did everything as described here: https://docs.unrealengine.com/latest/INT/Engine/UMG/HowTo/Create3DWidgets/index.html
If I set my widget to be in screen space then it works fine and can be clicked on normally, except I want it to be in world space.
NickDarnell January 6, 2016, 7:52pm #2