3D Artist looking for UE artist to team up with to help make a new item mod.

UPDATED: I’ve now added my plan for a Mod to this forum, with the hope that no one will try and steal it, and if they find it an interesting Idea, they would be more interested in working with me to make it, rather then taking it and making it themselves

The Position has been filled, Thank you all for your interest.

Crafting this weapon would be relatively easy, and the darts as well. To keep it balanced the darts would do little torpor, but it would deal no dps. So shooting a Dino with it would not aggro it onto you.

To further balance it. This dart would not be able to affect players wearing a full set of Flack or Riot armor.

This dart would also be very silent, and hard to hear, as it is a blow dart.

I think this mod would add a lot to the game. Such as darting someone’s tame and waking it up, without letting that persons knowing that you did it, because the dino would not take damage, unless that particular dart would be used. You also could wake up a captured unconscious tribe mate from a distance, by darting them with a stim dart. You could give a fellow player food/water/health/stamina by darting them with the required dart/darts.
You could poison an enemy tribe with a dart, that would slowly drain their health down to 0.

I already have the Model for the Blow Dart finished, and I would also make the darts. I would need someone to help me add this item into Unreal Engine, that is what this post is for.

Hello. I am a Cinema 4D artist, and i’m looking for some one experienced with Unreal Engine to help me make a new item mod. I know a little bit about UE, but not near enough to pull this mod off. Since I know Cinema 4D, I would make the models and the textures.

I would also help as much as I can with UE, but I would need guidance on what to do, to help out. I have a TS channel that could be used to communicate though, as well as a creative cloud account to share files with.

My UE Skills: As far as my UE skills go, I’ve done the basic training, and learned to make a character walk and punch, as well as texturing.

My Cinema 4D Skills: I Have been using Cinema 4D for over 2 years. I know how to Model, Texture, Animate, and sculpt, as well as body paint.
For more information on my Cinema 4D work, Please check out my website. http://epicjcreations.businesscatalyst.com/

My Mod Idea: My idea for my mod is to make an item that the character can use. I don’t want to go into to much detail as i’m afraid some one may take the idea.

Once I fiend some one to team up with, I will explain it further.

Reason of the mod: The reason i’m making this mod is: 1# To better learn UE. 2# To enter the modding contest (I would split the prize with my team mate, if we should win). 3# It would be fun :D!

About Me: I’m eager to learn, and patient to teach. I’m also very easy to get along with, and like to have fun, i’m also dedicated to completing this project, so i’ll spend the time to get it done

Requirements: I’m looking for some with with decent experience in Unreal Engine. Basicly, if you know how to port a mesh into UE, and then attach it to a character, make it so that character can use the item, load it, and fire it. Then your the person for the job

Payment: As far as paying goes, I can’t offer any thing. The only thing I could offer is, if we win, I will split the prize pool with you.

The Positions have been filled. Thanks everyone for your interest :D!

Hi Fred Wong. I realize this position has been filled, though would you be interested in teaming up on something else? I am working on a mod called Compound Bow Plus and I would love some help making a 3D model/texture for a Compound Crossbow. I’ve been struggling to make Blender do what I want it to do and so far my attempts look awful. If you could guide me or help me with something like this I would really appreciate it.

The sort of Compound Crossbow I want to make is something like this:

The Compound Bow Plus mod is on the Steam Workshop here: 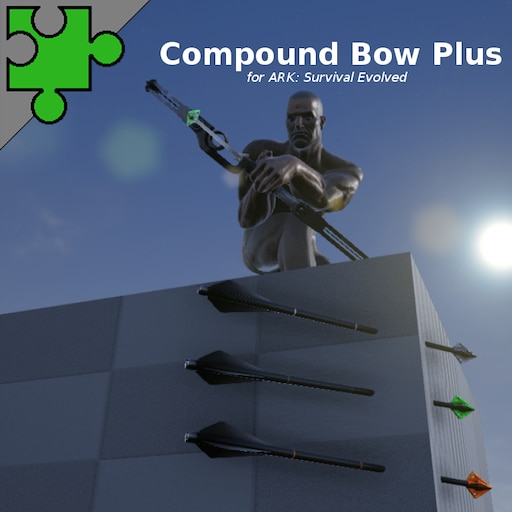 Sleepy what is it you are trying to have blender do?

IONIC_OVRDOSE I managed to download some 3D models and import them into Blender without an issue. Where I ran into problems was exporting them with UV maps and the texture files in a format that Unreal Engine was happy with. I am 100% sure this is because I’ve never used Blender before and I am sure that doing a few dozen hours of tutorials to get me up to speed on Blender would solve my issues. But I also know I need to put even more time into the Unreal Engine so I’ve realized that for the short term it is best if I team up with someone who is already familiar with Blender/3Ds Max/etc and just keep focusing on getting decent with Unreal Engine. Hope that makes sense.

Where I ran into problems was exporting them with UV maps and the texture files in a format that Unreal Engine was happy with.

I personally use autodesk maya, very expensive if you cant get it from someone, but it supports direct export of fbx files which is what the dev kit uses when importing and exporting assets. You should be able to export the entire model (which includes the textures and uv maps) as a single fbx file. When exporting it may ask you what to export simply say export all. Upon import it will ask again which components you want to import and most often you simply want to accept the options selected already. If you can’t get this to work you could send me the model with the texturing and I could send you the fbx for it.

I really appreciate the offer. I’ll send you a PM