So I’m wanting to learn Unreal 4, trying to figure out blueprints and the whole engine, so I decided to do a simple 2d game. I’ve actually had problems with getting even class blueprints to load, but I guess that’s for another section.

I want to make a character that’s 2d with ragdolls. I’m trying to think of the best way of doing this. I think I’ll rough out drawing the whole character then make planes for like arms legs chest and head. Then dismember each body part when that body part is hit, I’m also thinking of just animating the 3d plane for run walk jump etc… Then doing some trickery that when you turn left I render the leg sprite sideways on the plane and if you turn right it shows the character as right and so on… What is the most common way of making a 2d ragdoll sprite. I’ve never tried it before. How would you go about doing this? I want the legs to chop off and roll around in X and Y but not Z, and ragdoll around.

I was wondering the same.

As far as i know there are 2 options.

I think the second option is better, you can have much more movements and animations and they blend together smoothly.
Obviously if your character only has 3-4 animations a spritesheet is the way.

I’m a beginner too. Make some research 'cause i don’t really know if there are better ways.

Epic is working on a custom 2D solution called Paper 2D](Project: Paper2D - Engine Source & GitHub - Unreal Engine Forums). It’s still in heavy development, but you can activate and play with it now if you like. This tutorial series should help:

I would recommend Spline](http://esotericsoftware.com/) as well. It would make a fine addition to Paper 2D… (hint hint, Michael Noland).

Paper2D is nice but still in development indeed.
It will Support 2D animations in future but i think they are not even working on it now.
It will take a while before it can do what Persona does for 3D

Besides the sprite editor, flipbook editor, 3D detection, and other completed tasks, we’ll have to see what’s been been added when the next 4.3 preview build becomes available. I just voted up “Expose 2D joints/etc…” under Physics on the Paper 2D Trello Roadmap](Trello). If only we could get them working on Spline integration.

You can actually see the Paper 2D changes as they are submitted on the Github master branch commit list](https://github.com/EpicGames/UnrealEngine/commits/master), the last of which was yesterday. The UE4 roadmap shows July as the target month to have most of the work done, so features should be coming at a fairly rapid pace over the coming weeks.

Hello everyone, I’d love to be able to mix sprite sheets AND 2D IK like Rayman Origins did: 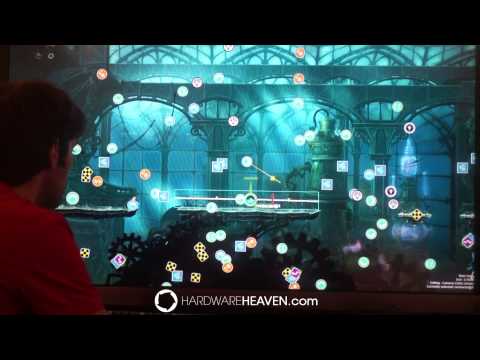 I wonder if I can create a 2D skeleton in Maya with UE4’s rigging tools and make it happen…I probably can’t mix hand drawn frames and skeletal animation like how Rayman does it but we’ll see!

Hello everyone, I’d love to be able to mix sprite sheets AND 2D IK like Rayman Origins did:
https://www.youtube.com/watch?v=y-chi097uV4

I wonder if I can create a 2D skeleton in Maya with UE4’s rigging tools and make it happen…I probably can’t mix hand drawn frames and skeletal animation like how Rayman does it but we’ll see!

hey ,if you want something for paper 2d.it’s better to tell Epic in this Link https://forums.unrealengine.com/show...light=paper+2d
And he also made a roadmap for paper 2d