Overview:
I work in pre-production for film (art direction and illustration) using UE4 and have a trove of useful tools that I will slowly be sharing as they are ready to see the light of day. Some will be free for all to use, some will be paid plugins in the UE4 marketplace. The tutorials I write focus mainly on using UE4 for making films, from fully digital to shot without any VFX.

This post is about some free material shaders and material instances I have built and collected over the past few years, and some tools to go along with them.
Below are 3 pages of the 96 page **library of materials **pdf showing all available material instances. 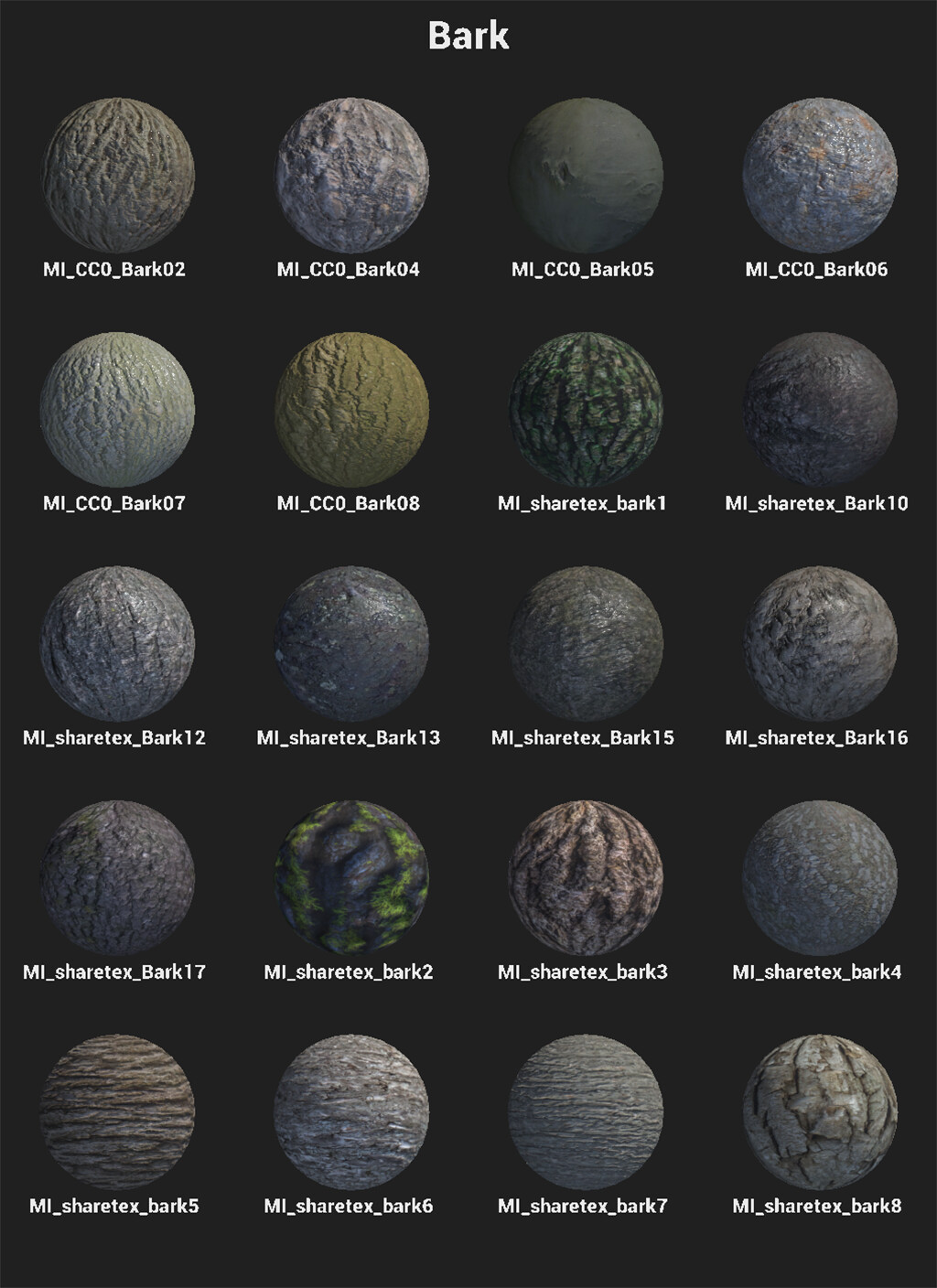 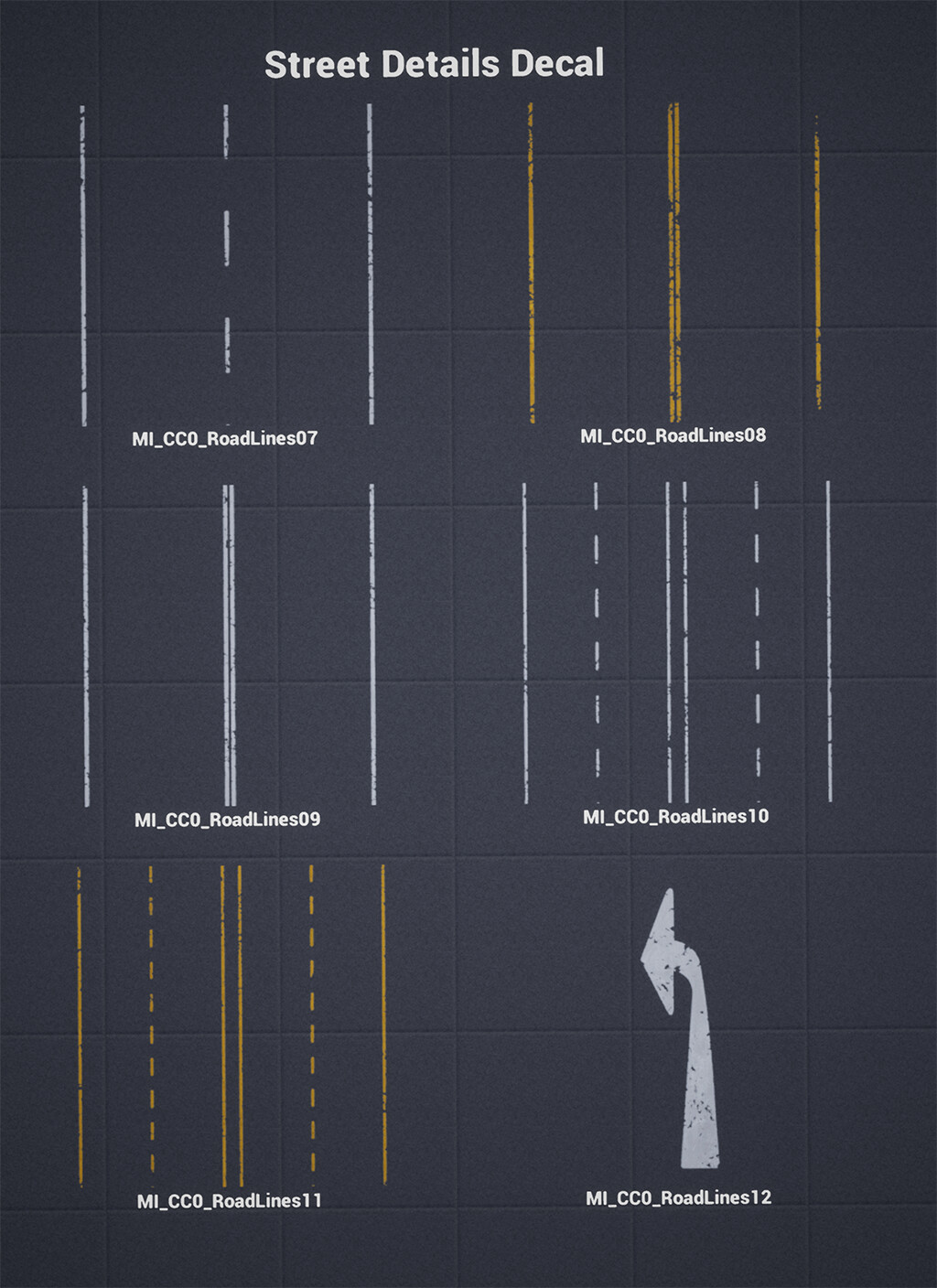 Where to find them:
All the files
Trello board with what I am working on
Github of just the shaders and tools
Link to support me in my endeavors

How to use them:

Why are these free?:

My Background:
My past work includes The Lion King (2019), Call of the Wild (2020), the ill fated Mouseguard (2020, cancelled) and some projects I cannot yet talk about. On those projects I was at the center of developing pipelines to use UE4 to make movies both from a purely virtual sense as well as a physical sense.
The Lion King and Mouseguard were fully virtual production movies, designed and shot in UE4, and then rendered by a traditional VFX pipeline.
Call of the Wild and my current project used UE4 for our preproduction. We discussed the sets using VR, used it as a story-boarding tool, and an on-set tool to get an idea of the digital extensions for the sets but the actual filming was done in the real world with physical actors and cameras.
On other projects, such as the Mandalorian, UE4 has been used in conjunction with LED screens to shoot a digital extension at the same time as the physical actors and set, offering up a brand new way of shooting with powerful implications.

The tool has the potential to facilitate incredible collaboration between art departments, previs, camera and VFX as we can all work in a common environment.

I’ve downloaded it, but not gotten through it yet. But thank you - an amazing example of a high quality approach to material management. If everyone’s assets were as well planned out as this then they’d be able to re-use so much between projects with little effort (it’s pretty much object orientated I guess!).

haven’t downloaded it because the limit has been reached but thank you!

This is awesome! Thanks for sharing with the community. I’m also coming to unreal from the feature film vfx side. In my case, I’m just at the beginning of the process. It’s often quite different in the methods of dealing with assets. I’d love to hear your thoughts on getting data from DCCs to UE4. I’m specifically struggling in keeping efficiencies from tools in Maya and Houdini, such as instanced layouts. All the UE4 advice I find is either just dumping massive geo files or making it from scratch as HISMs in the engine.

This is awesome! Thanks for sharing with the community. I’m also coming to unreal from the feature film vfx side. In my case, I’m just at the beginning of the process. It’s often quite different in the methods of dealing with assets. I’d love to hear your thoughts on getting data from DCCs to UE4. I’m specifically struggling in keeping efficiencies from tools in Maya and Houdini, such as instanced layouts. All the UE4 advice I find is either just dumping massive geo files or making it from scratch as HISMs in the engine.

I have spent quite a bit of time circling those rabbit holes. We use a lot of instanced layouts outside of UE and the way to bring those in is using an FBX scene (or soon USD). To leverage materials correctly we end up having to import twice, once for materials, and a second time for meshes and layout. UE likes to work as instanced layouts once they are in the engine, so that is a nice plus.
With the right cleanup scripts beforehand it ends up being alright.
Fbx scenes are a bit of a pain to work with and have a few bugs though (you cannot break them apart by default, see the guide and 4.24 project for a sample of how I accomplish that) so I have been toying with a python script that can take data from special csv files to import an fbx scene with all texture slots covered. It is either a bit of a process with scripts to cleanup, or less of a process with more aggressive scripts though.

The basic methodology I use is covered here: http://www.mediafire.com/file/t5f8de46k9xijv1/UE4_Import_Guide.pdf/file

I speak from experience that your tools are fantastic. Having worked with you on Mouseguard as well as a more recent not-to-be-named feature, I can confidently say I am excited to see anything you release. Thanks for sharing and I’m looking forward to checking out future releases!

To invert a glossiness into roughness, you can either open the texture in photoshop (or gimp, krita, MS paint) and run the invert colors function, or give your gloss map a unique suffix like gloss and replicate the line in the generator next to the red arrow. If the ORM channel is set to gloss, it will automatically invert the gloss map when it creates the orm image 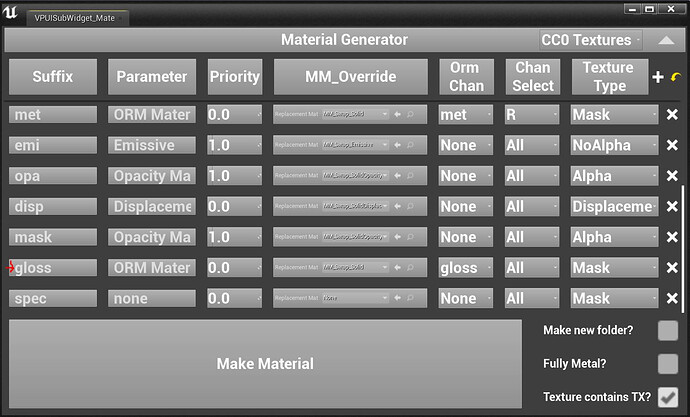 Won’t pay for so many Cloudservers