I’m trying to do a sphere trace on a very large collection of instanced static meshes, about 110k simple meshes with sphere colliders. It seems to work fine for about a quarter of the instances, but beyond that, the sphere trace’s hitItem returns a negative index. Is there something I’m doing wrong, or is there an upper limit on instanced meshes that I don’t know about? Attached is a screenshot of my setup. Thanks! 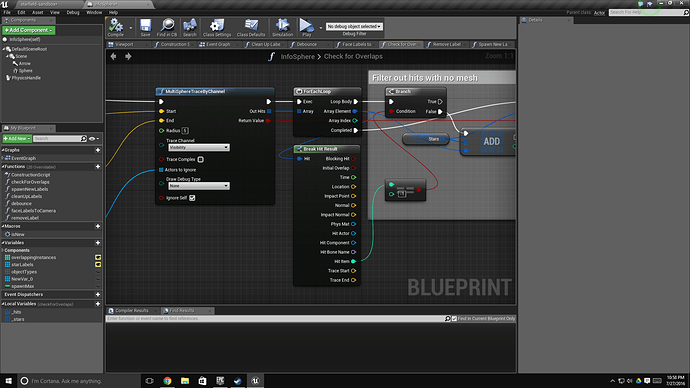 Sounds like someone used a signed int instead of an unsigned.

Yeah pretty sure it’s an overflow bug somewhere in there, and seemingly pretty small too, guessing about 32k. I split it into different meshes and it seems to be working better now, in case anybody else runs into this issue