How would one go about creating this?
I envision trying the control rig to set up constraints and inverse kinematics.

For walking, if one foot is moved, it should pull the rest of the leg, then the entire body, leaving only the other foot behind, until the first foot lands for balance, the other foot start the same cycle, resulting in the character walking. If it was running, it would essentially be the same sequence, in perhaps half the time, with more extreme movements of limbs.
The arms would have to move in a certain way of course.

Crouching pose is relatively simple, as it only requires minor adjustments of the pelvis height, some re-alignment of the feet for support and the body leaning a bit forwards.

Forget root motion and in-place animations for a while and think of it as the distance of the feet actually controlling the forward movement amount.

Initially, it shouldn’t require more than a looped timer sending foot placement markers into the right location, with the feet locking on to those and thereby, the body moving forward.
Such solution is featured here, aside from it runs from the animation sequence. 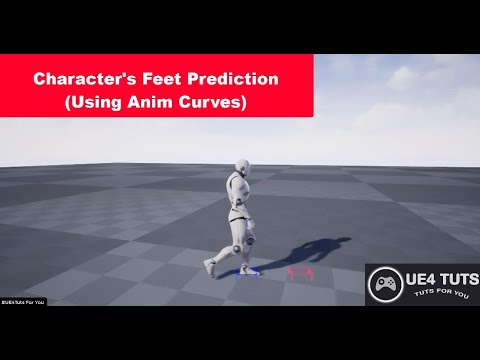