hi maternal.
really glad to hear we can play with the values

i really want to try this on some of my scenes, so keep up the good work and submit it to the marketplace.

would it be possible to add these effects to smoe object only, too ?
i guess this is a whole screen only effect ?

but as it is your first screenshots were love at first sight for me !

I am working on refining the edge/blur detection. So this is my Kuwahara filter approach. (Testmodel is Juliet from Lollipop Chainsaw)
As far as i know, Zelda Skyward Sword uses a simliar effect.

i was wrong about the Kuwahara Math, but now its working! Tested on the bumping pub. This is a modified Kuwahara method, it uses a normalmap or flow map for randomizing the pixel kernel.

So i got alot of requests recently and i first have to apologize for not being around that much. I had a lot to do and since i need much interested people to believe into something, i lost attention to this.
For now, i would have to renew the project to the newer engine version. I also want to release a very clean, optimized version so this is a step that needs a bit extra work.

Since i am not so happy with the Marketplace system, i would release it on gumroad if thats okay. The problem with the Unreal Marketplace is that it kind of slows down artist like me that need a lot of patience and support to actually sell or create something. And most of the time, another person was faster and released something simliar. So its like a race to get the place in the Marketplace to dominate certain products. I don´t want to be part of that.

Anyway, you will hear from me soon after Christmas - i guess i can´t produce a good version in less than a week to make it perfect. And that is what really matters to me. And it will be very cheap, since i am more interested in sharing knowledge.

See you, and have nice holidays.

As for the marketplace, yea… its fairly slow, but without awesome content like this, or creators who care… it would be a boring place

It’s amazing! I really didn’t know that this can be achieved with shaders

Any chance on an update for this? Or can anyone tell me how I can achieve a similar effect if Maternal is no longer working on it? This is beautiful

I am sort of Working on it. I have to migrate it to newer Unreal Versions Tough. Also i have learned alot since then. This is what i have now :
[video]- YouTube 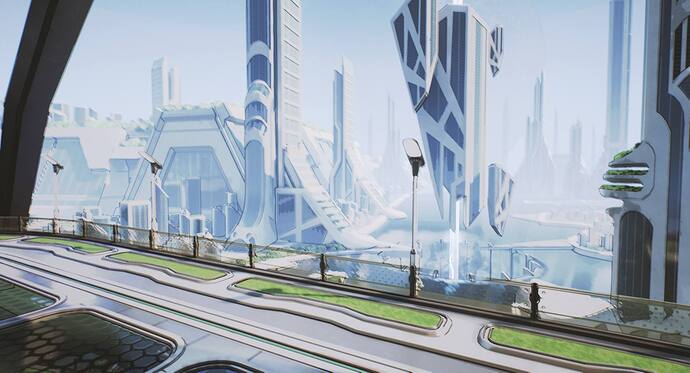 This is amazing. Are you planing to share/sell this? I would love to get my hands on it

This is amazing. Are you planing to share/sell this? I would love to get my hands on it

I am curious about this as well

I would welcome any more information about this approach. I like the look and would want to try it out. Any ideas about access and time frames??

I’m curious if any more progress or updates have been made with this. What I find to be the most interesting about this technique is how the specular/gloss is broken up in a nonlinear way.

What happened to this?

That is so amazing! Is it possibly to show us a clearer breakdown image of you material? I would like to know what you are doing to make this effect.