What's the point of switching from UE4 to UE5?

Sounds reasonable, thanks for your opinion

There is hype, cool, new shiny toys, all that is emotional not logical. So if you want ue5 because on those reasons there is no point in arguing.

Let’s see, the best is the black ui!

But the 5 does not have everything of the 4? light maps continue right?, it is not very different if it were called 4.28?
You can make a game without nanite or lumen or enchancen input, it seemed to me that all that is optional

Thanks for your advice. No hype-connected reasons, just want to have a pragmatic view on it.

We will see those in about a month, mark my words.

And there is a question about the epic marketplace. Some old stuff won’t’ work for UE5, some new stuff for UE4

We will see those in about a month, mark my words.

Yeap, I’ve seen this many times, the most comical case was when the author of some software got an offer that requires him to have more years of experience with this software than this software exists.

Yes it was ruby or some programming sdk, and it was hilarious.
Personally if they send some hr that has no idea what job he/she is hiring for
I would do iQuit right there.

UE4 won’t get any new features or fixes, 4.27 is the last version. Some things like console SDKs will be updated for a while, but all new development happens in UE5 now.

As Michael said, all the new stuff from this point will be done in UE5, so if your project isn’t anywhere near done then I’d recommend waiting for 5.0.1 or even 5.1 to switch, but you should eventually switch.

If you project is nearing completion in 4, the headaches you may encounter moving to 5 won’t be worth it. Just finish your project in 4, unless it’s an ongoing project like a GaaS.

Marketplace plugins may need to be updated to work in 5, but most can be simply recompiled. I’d recommend everyone learn how to recompile plugins themselves because some marketplace creators don’t work on their plugins anymore, sadly.

Thanks for your conclusions, will wait for stable UE5, good thing I haven’t started making content

@Michael.Galetzka Is it safe to assume this new roadmap will be kept up to date like Trello was for UE4?

Gotta be honest, I have no idea who maintains that thing, but it looks more like a list of features that already shipped?

For example, I don’t see any Niagara features aside from fluids. Then again, if you were to put all planned engine features on that board it would probably explode.

Let’s see, the best is the black ui!

This is so true; the main reason I can’t go back to UE4 is that the UI causes me metaphorical pain. (And in some cases when I have a migraine, literal pain, though I couldn’t tell you why the stripey-crosshatch pattern is an icepick to the brain in those scenarios; maybe something about the contrast or the pattern itself.)

That aside, I’d add one more thing to the various recommendations: if you’re trying to write a bunch of reusable systems as part of your project.

The project I’m working on right now does not actually require any of the UE5 features; I could almost certainly do it in UE4 (if I clenched my jaw and tolerated the UE4 editor UI, anyway). However, a bunch of the systems I’m writing are meant to be reusable in other games in the future. As such, I’m doing this project in UE5 because this way, for some future project that does need UE5, those systems will already be UE5-ready (and using UE5 features where appropriate) rather than my needing to port them over and update them.

The engines are significantly different.
I would not port a project far in development on UE4.

You can do it, however I particularly really wouldn’t move it to UE5 after years of project development.

I’m in the early prototype stage

In your place I’d definitely try to switch now using a copy of the project. Why? So that your life will be easier later by not having to deal with two different versions of the engine. But here’s the rub. You must keep separate copies of the project and continue working for a few weeks more on both, to confirm the core parts of your project actually work ok in UE5. As no one can really advise you 100% here. Why? Because 99 out of 100 core features that your project needs could be different from mine or anyone else’s. To understand this you should read all the Chaos vs Physx threads (vehicle threads too maybe) and the following thread for sure.

Hey @MostHost_LA I have noticed a nice run of .26 heat coming from your direction in a good few posts and for the most part related to performance. I have a genuine question (I am not being facetious in the least). I have been SERIOUSLY considering dropping any futher dev in UE4 in favour of UE5 despite it not being ready for primetime yet I have serious concerns I am going to hit a significant problem if I try to release early on UE5 (the project we are starting is not a huge project and exp…

But understand the question you’re asking is going to keep coming up anyway as you progress. This is the upgrade game. Its never ending whac-a-mole that brings joy to almost every single developer on here.

So its no different really than for anyone else who faced similar situations in UE4 - whether to upgrade in big leaps or not? For example anyone who worked in UE up to 4.18, had to decide if they wanted to upgrade to 4.22-4.27… There’s always some risks (things get fixed but things also get broken). Upgrading to UE5.x will come with risks once the engine is at version 5.2x and 5.3x so on. The risks are greater the further along you are in the project and the more reliance you have on Epic fixing bugs versus being able to fix things yourself in source.

UE4 won’t get any new features or fixes, 4.27 is the last version

Epic said the same thing about UDK and yet still kicked out more releases into 2015 anyway.

every single job offer will have “5+ years of experience in ue5” requirement.

There’s so much game playing / automation / robots / dodgy tactics used by HR & Recruiters & Candidates anyway. Here’s a nice example of setting up the whole recruitment process for a fall: 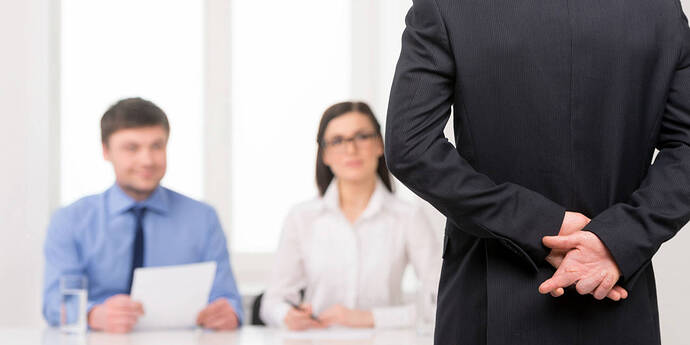 This developer created the fake programming language MOVA to catch out...

Wouldnt it also make sense to install U5 if you want to start to familiarize yourself with the new IDE features and workflow? Even if just in general sense it makes sense IMHO to begin to learn the technology as it will be the thing which the devs are focusing on now.

If you are doing anything new yes you should move to UE5. But even if you are spending time with UE4 still, it’s not like UE5 is dramatically different in most respects. The primary concern may actually be some third-party stuff you’re using like plugins.

UE4 does still support things like Cascade and there are things like WheeledVehicleMovementComponent in UE4 that are not in UE5. But in general, just move to UE5. Your project is probably easier to migrate than you think it is. I only had a few issues with a smaller project and although my GPU is starting to show its age, this is the way things are going.

Thank you all, now this situation seems to me more clear.