HI @maimonides11,
I am currently using the UE5 Release_test version and that seems very stable as well. To cut the long story short VS2022 is still undergoing updates on the new minor version. Officially

UE does not support this for production, but UE5 is experimental. IMHO by the time, it gets released in 2022 UE5 will be able to use VS2022 just like the transition from VS2017 to VS2019

I’ve had no issues with using 2022 with the 5.0 branch without engine modifications.

I literally can’t get it to work with any 5.0 branch. I get to the build within the ue5.sln but it just succeeds 3 but fails 1 with an error MSB3073 - I have no idea what’s going on

Second, if your Appdata directory is hidden this will fail as it needs to create
Appdata\UnrealEngine directory and there will be a domain protection error in Windows Professional

You can set the compiler version via BuildConfiguration.xml in a way like

From the above the line
CompilerVersion 14.31.31103 has been selected this is an older version of the compiler and is a much quicker fix than changing the source code which is a good fix, just more complicated as you need to know and use extra Git Bash commands.

Note: You would need to Clean and Rebuild your project via IDE

the link to this article is at
https://github.com/EpicGames/UnrealEngine/pull/9067#issuecomment-1102164891

Using the Patch described in the Github Pull Request 9067

i am using lastest VS2022 version to build the UE5.0.1 codebase. and it cannot launch the EpicGame launcher. it stopped running in 75% and quit. Error prompt: failed to load plugin “VisualStudioCodeSourceCodeAccess”, VisualStudioCodeSourceCodeAccess can not be opened. and i have modified the toolchain and tried again, the same error.
some other solutions i have already tried, still not working out.

any suggestion to fix this? i have been working on this for weeks. thanks for reply…

Hi @benjaminbbq,
To find if you have this plugin you need to look in

You can disable the use of the plugin as below

Check that your installation is good and all plugins loaded 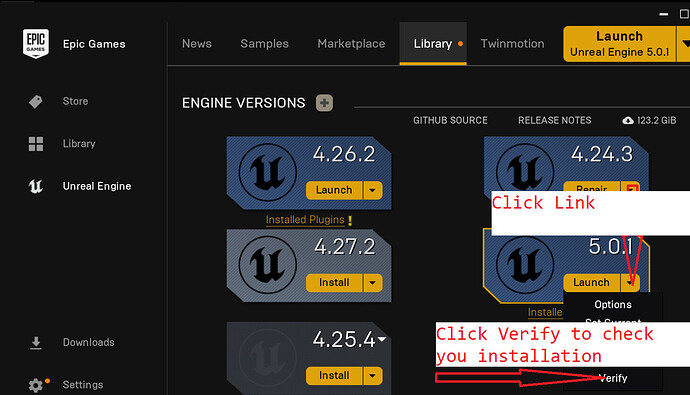 @Jimbohalo10 thanks for share the solution. i have checked the setting as your suggestion above. that is for the epic game launcher is already opened. my issue is that building from the ue5 source code and the ue5 engine[epic game launcher] can’t start(open) after the vs2022 builded.

anyway, thanks for the suggestion. it may help in another way. 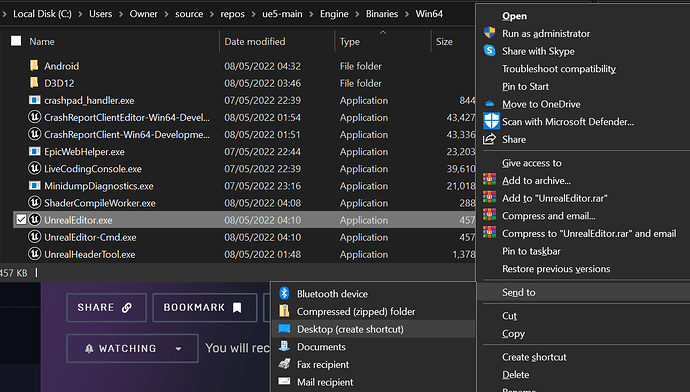 You can also launch directly into your project by 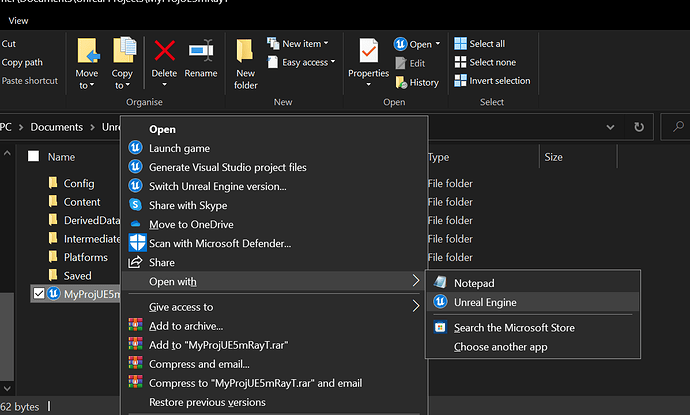 You can send the “MyProj.uproject” to the desktop to launch the project in the Editor. It’s in a Blue shortcut

This is something due to appear in Epic Launcher later
much later for version 5.X.y, but is supported in 4. *

In the source, there is a file at
ROOT:\ue5-main\Engine\Source\ThirdParty\etc2comp\BuildForUE
BuildForWindows.bat which needs to be run in the
If you don’t have VS2019 installed change the line

see, thanks for all your guidelines very mush. i am using the editor installed instead of lastest sourcecode as you said above. now it work for temporary. thanks for your reply