I am working on a team project, I’m the programmer and the other guy is a 3d modeler we’ve set up github. I started a empty unreal project in the github folder and made two blueprints based on C++ classes so the other guy can drag and drop them as hes making the levels. I commit using github desktop then hit sync and an hour later I get a error

or something like that, I really should have taken a screenshot in hindsight. I then went looking for answers and found a page on the unreal website that linked to a 2 year old video, in both the page and the video they tell me to Fork the unreal engine on github then clone it on my computer then download other files into the clone and at the end of the page and the video they “say you can now use unreal”

I already can do that I pressed a button and it downloaded then I pressed another button and it made a project, I press that one a dozen times now it was super easy. why would I do that will it help me upload to github it don’t make sense to me, my folder is 1.30GB and my unreal 12.5 folder is 18GB even if I don’t have to upload the 18GB because its already on github would I have to make a new Fork and new clone ever project I do with different people because that would take up a lot of space and be stupid. the page and video don’t say anything about working in a team like this person uploads this and then this person downloads it, isn’t that the point of github. 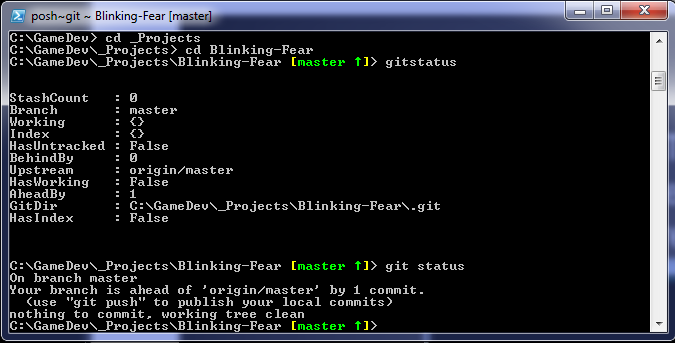 I don’t know what any of this means and I don’t know how to debug it, I’m using shell v2 apparently and it told me to upgrade to v3 I guess I can if it will help.

if someone can answer all the questions ever I would appreciate it, I’ll repeat them in case my ramblings are unclear

Question #3 should I get unreal through the Fork in github, if it will help I’ll do it but I don’t want to spend time and run it to the same problem

Question #4 why would I want to do the unreal through the Fork in github think, for my own peace of mind

Question #5 how do I debug in github shell or how do I use github shell, I know very little about command line stuff. should I upgrade to gihub shell v3

Question #6 what is the true meaning of halloween

if you read this think you, if you reply to this I <3 U

it took way too long to make the C++ classes, it was the basics so we could get started and I can’t even upload it. I’m so tired

The rest I don’t know about really but check this maybe it’ll help: - YouTube

thanks but that is the video i mentioned, it says how to get unreal through github. i already have it and i download it from the unreal website like must people would so i don’t know who that video is for but i don’t think its me. i just want to pass an unreal project back and forth over github

You mean commiting a project and pushing pulling and cloning?

How do I setup Git for an UE4 project?

Hi! My question is simple: how can I setup my git repository for an UE4 project? Or, in other words, which files/folders can I safely include in the gitignore file? Are there some tips to make this works flawless? :) Thank you in advance!

thanks I was already on my way to figuring out git ignore was what I needed but you help me get me there faster. sorry I didn’t reply sooner but I already got new problems however I’m going to mark this post is solved.
.

for anyone else who finds this you need to put an .gitignore in the folder you can do this on github desktop by going to settings then add .gitignore you can get it here gitignore/UnrealEngine.gitignore at main · github/gitignore · GitHub . if you’re like me and already hit commit those items are only planed to be synced, I tryed to roll be to before I commited them but it didn’t work. what I ended up doing is making a new github repository and using the add .gitignore button on the bottom to search for unreal on the new repository page. I then made a clone and copyed my projected in, commit and sync problem solved.
.

RagingHeretic I’m probably going to put this in another post but when my artist downloaded it, unreal wouldn’t launch it said it was missing UE4Editor-MYPROJECTNAME.dll it asked to rebiuld after hitting yes it failed, sent him it over google drive. it works but I have to send him the .dll s when ever I make a change, he doesn’t have visual studios does he need that to rebiuld?
also instances of blueprints that I put in the levels don’t keep the texts fields I filled out. you already help me a lot but if you know anything that can help please let my know.