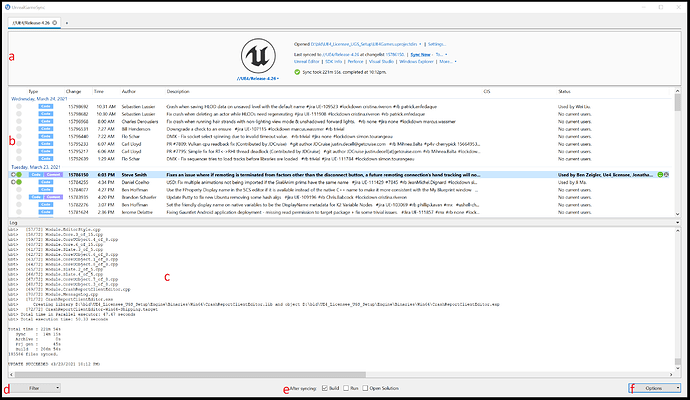 Different options for each changelist, some of which are replicated from the Project Overview Area. 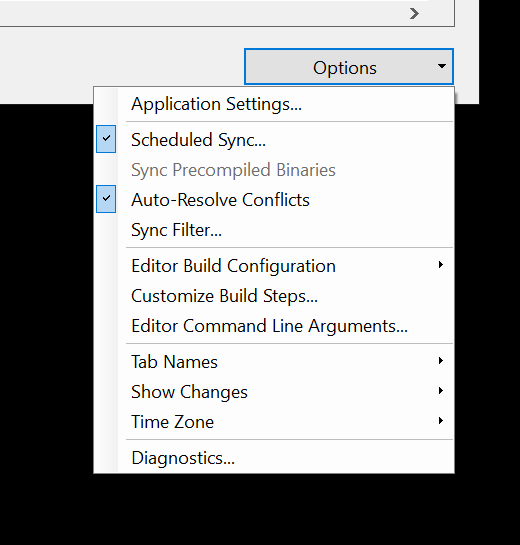 The Variables menu will open up the environment variables for the task and allows editing them: 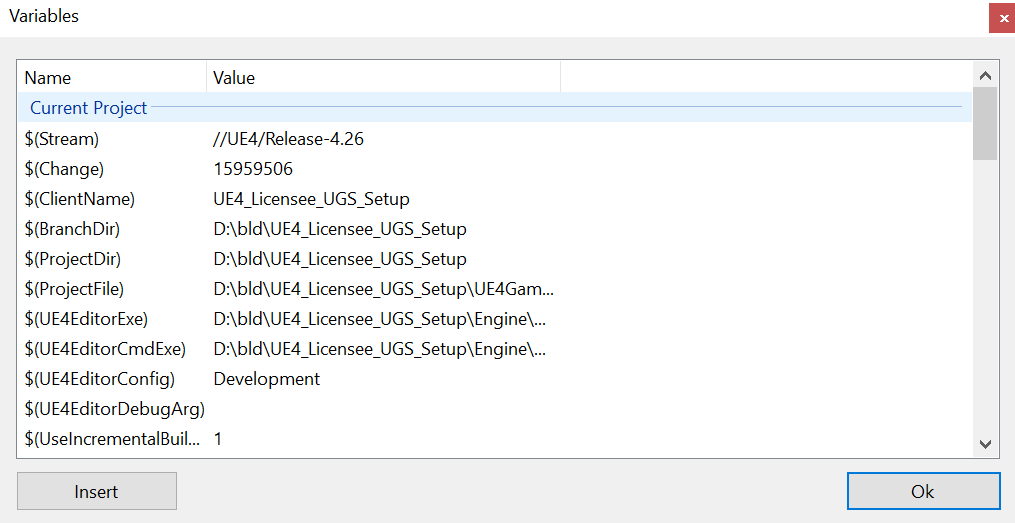