Stop raycast from going through wall

Hi, so I’m trying to make a system where when the player is looking at the skeletons, they freeze in place and when the player looks away, they start moving again. I have everything about their movement working. Just the logic behind what the player sees is kinda finicky. At this point, I’m using a multi-line box trace to check if they are in view. I got them to stop moving, but I’m unsure how to check when they aren’t being hit by the line trace. And the other issue I’m having is the line trace is going through walls. Any ideas on how to solve any of these problems would be greatly appreciated! 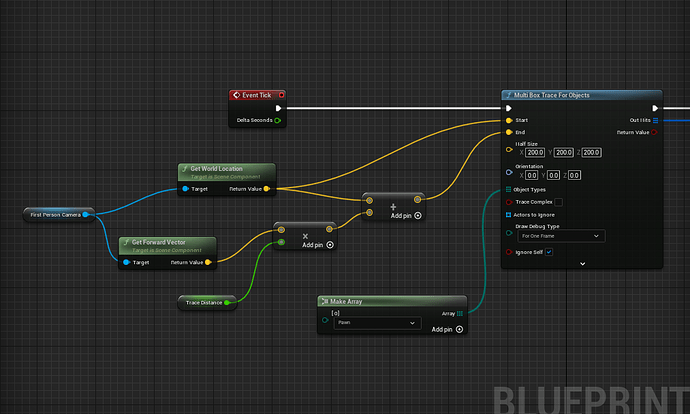 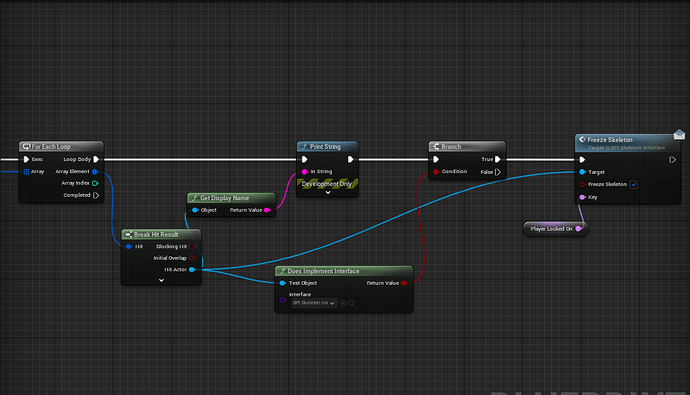 A few questions and a possible solution to get things started:

This how-to guide covers using a Multi Line Trace by Channel Blueprint node to return all Actors it hits that respond on the Visibility channel, and prints their names.

Any additional specifics you provide will go a long way in solving your problem! 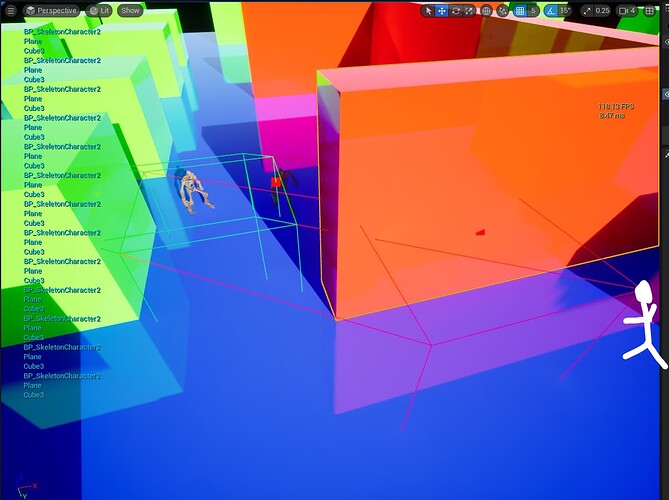 Multitrace is for penetrating overlapping obstacles.

Can be improved, surely.

For something more elaborate and with more control, dot product:

Maybe it’s not about pausing anything at all per se. Perhaps it’s just about gating the statue’s Tick so it does not execute a part of its script. This simple approach seems to work well enough. Statues follow player: [252183-follow.png] Until the player looks at them: [252184-playertick.png] [Image from Gyazo] There might be a more elegant solution, though.

Have a look at the thread. Some unorthodox (just messing around with stuff) methods there.

Hey @Everynone!
So I came up with a solution to unfreezing the skeleton, but it only works on one at a time. It freezes both of them when I look at either one of them, but when I look away from both of them, it only unfreezes one of them and the other stays frozen. The only way to unfreeze the other one is to make sure it’s the most recent one seen which is kinda hard to pull off but it is possible. I’m not sure why it isn’t individually working for both of them.