I recently did a Windows 10 update (“Feature update to Windows 10, version 20H2”). Prior to this, I had no issues in the editor. Now, I’m noticing as I drag around blueprint nodes there is a very blatant stutter. Here’s a video of it happening: 2021 04 12 14 53 05 - YouTube . It’s more annoying than anything else, it’s not physically preventing me from doing anything but it’s aggravating. Any thoughts on what I might do to address this? I’m using a source built 4.26.

Edit: Ok, this is getting weirder. I have a scenario where I’m dragging off a pin and letting the context window pop up for suggested nodes to connect. However, the box is completely blacked out. I tried to record this with OBS to post here and … THE BOX SHOWS UP IN OBS. If I take a screenshot, it shows up fine in the screenshot too! I took a picture with my phone instead.

Here’s the screen taken with my phone: 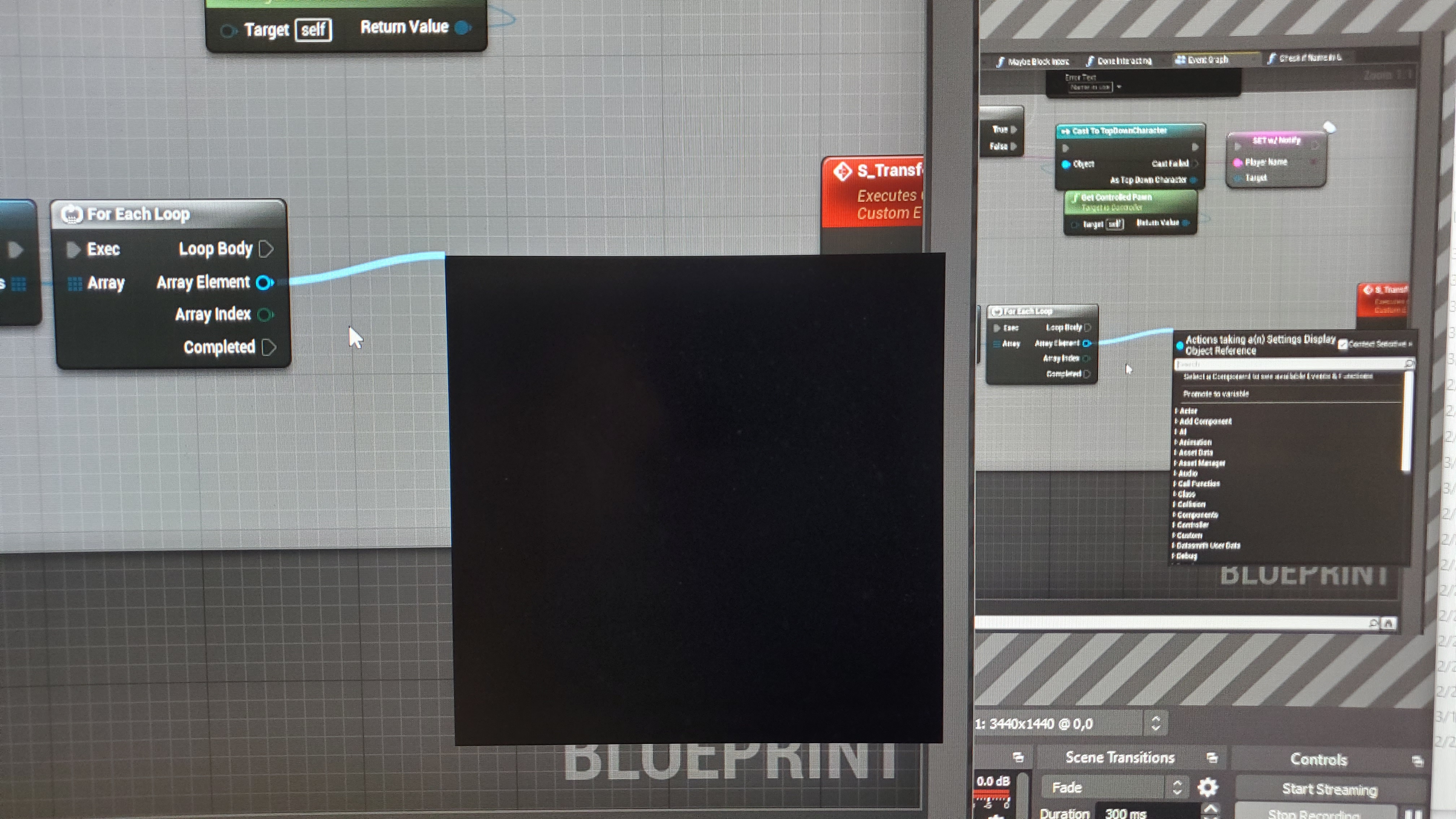 And here’s the screen taken with a printscreen screenshot: 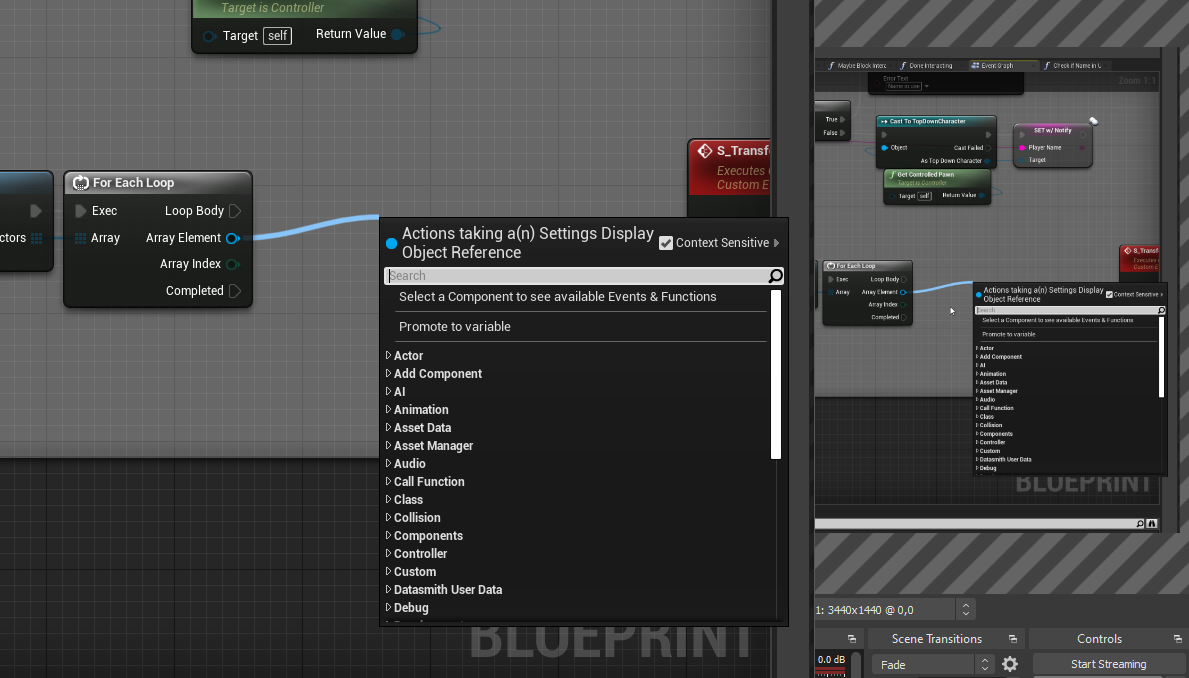 Edit2: Further updates … this only seems to be occurring on one of my two monitors. And it’s not restricted to UE4 - seems even sometimes I’ll see behavior like this in windows in Windows Explorer. So I guess this post isn’t really about UE4 anymore …

Oh man, I can relate. Almost every other W10 feature update, something important breaks for me, but in such extremely rare and obscure way it leaves me wondering if it’s just me, especially when Google returns no results. I absolutely know the frustration.

Sometimes I even decide to do a complete fresh OS reinstall, just to know if it’s just my specific setup, and then carefully observe if it changed, or if it changes after installing other software back. But often, it’s same even after fresh reinstall.

So while my post probably did not help you with anything specific, I just want to say that I know these kinds of issues, and you are most probably not alone.

Thank you, it does help to know I’m not alone with this. I did have something similar happening last year and I just gave up and did a full OS reinstall which actually fixed the issue. But I can’t do that every time …

Almost every other W10 feature update, something important breaks for me, but in such extremely rare and obscure way it leaves me wondering if it’s just me, especially when Google returns no results. I absolutely know the frustration

Users don’t own their own rigs anymore. Updates are a pain for many, but they’re a potential work killer for game devs (especially anyone working remotely). So when devs say: ‘just go and upgrade’ - I just go LOL… The warnings were there… So where are the protests, or Arab Spring uprisings against the rent-seekers at Microsoft? Microsoft sneaky / unethical telemetry goes under the radar too. But windows glitches directly impact work and cost valuable dev time.

Even UDK devs are impacted, and UDK is frozen. Its a bit hard for Microsoft support to blame things like video driver upgrades or user error, when UDK is an engine originating from a decade ago and works just fine on Win7 with no upgrades!

There’s lots of other threads about problems with windows updates, directly / indirectly. If analysis was done, how many issues or unexplained crashes / lags / glitches would end up getting traced back to Win10 updates? The results might surprise a few people… Broken printers and file deletions are just the side story!

The unwritten rule of dev work has always been, if you want a stable rig or fewer headaches, then limit changes or don’t permit any at all. That rule applies whether its overzealous tech support all the way to windows updates. Developers already have lots to deal with, with so many glitches / crashes anyway, that its suicidal to just treat your rig like a moving platform.

Since wannacry / notpetya meltdowns, I recommend to AIRGAP critical rigs anyway, and just treat net facing rigs as sacrificial (imaged for rebuilds). Why? Security is only good as patches that are released versus how many zero days exist. Plus security is ultimately dependent on the weakest link around you, whether that’s you, or someone else in your workplace / home… Having to wall-things-off is a pita, but what else is there? It seems like everyday users lose more freedom and are just treated like testers by big tech - kinda like the new UE forums.