No makefile after an apparently successful setup.sh

I’ve been trying to build UE4 on my linux machine, and after following the instuctions to run the setup script I don’t have a makefile to mae SlateViewer. I’ve also taken a look at the BuildThirdParty.log file and there don’t seem to be any errors, altough if the contents are relevant they can be seen here: buildthirdparty log contents - Pastebin.com

I’d appreciate it if someone would help me identify the issue here.

We’ve assigned someone to look into this and will get back to you as soon as possible. In the meantime, what version of the engine are you trying to build?

Did you run just Setup.sh or both Setup.sh and GenerateProjectFiles.sh ? Could you please the output of both?

These are the results of running either of the programs in the terminal. 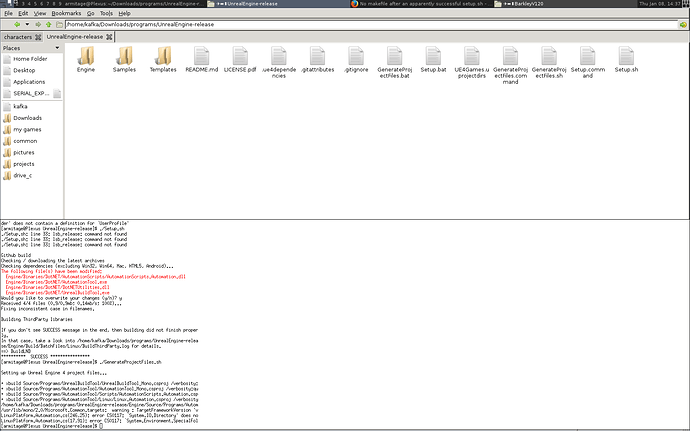 Make sure you use a reasonably new mono (3.x), as the GenerateProjectFiles.sh fails to compile UAT.

I do have the newest mono version available in the official repositories (3.10.0) 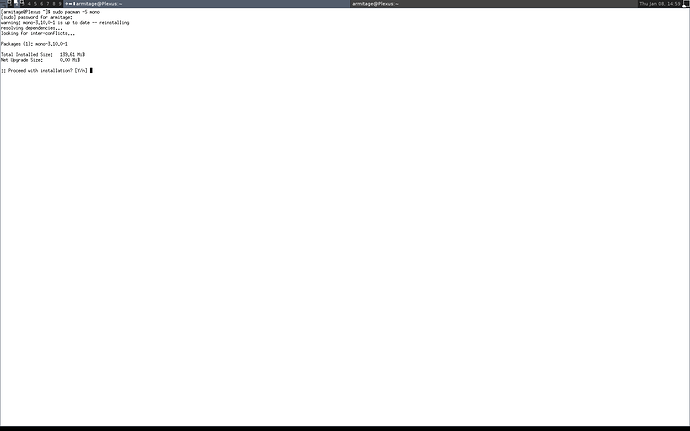 The default tools version used is however 2.0, which is too old (you need 4.0). Make sure you have dmcs installed.

The mono site is saying that the compiler should be included in the package, but it looks like I’m either doing something wrong or they haven’t updated the package with the newest compiler. Anyhow that should be enough for me to figure something out.
Thanks for the help.

Alright, so it wasn’t that dmcs wasn’t in the latest mono release or that I didn’t have dmcs for whatever reason, but rather that I had to edit a few files in order to get the GenerateProjectFiles.sh to use dmcs instead of the older version.
Which was actually explained in the wiki all along, which I probably should have looked over a little more carefully in the first place.

So that’s that anyhow.