Could anyone lend some advice on my current blueprint? I have managed to print out the device name of my midi controller, so i am sure it is recognizing, but I cannot for the life of me get it to print the 0/1 of when I hit a button. I think my problem lies with the SET node (I used promote to variable from create controller) but it could be the event nodes too. Any help wold be appreciated, as I am running out of time unfortunately.

Thanks so much to the people on this thread whose tips & screenshots enabled me to get started quickly with the midi plugin. I will be trying to use it with the roli seaboard midi controller and the new audio engine synth stuff in 4.16.

Do you maybe have an up-to-date BP_Sample for an usual Midi controller like AKAI MPK Mini ? Would make it easier to comprehend I think:)

Thanks so much to the people on this thread whose tips & screenshots enabled me to get started quickly with the midi plugin. I will be trying to use it with the roli seaboard midi controller and the new audio engine synth stuff in 4.16.

@SteveElbows Would you mind posting your blueprint that you have working with this plugin? It looks like me and @obi_ido have the same issue. Thanks so much.

@SteveElbows Would you mind posting your blueprint that you have working with this plugin? It looks like me and @obi_ido have the same issue. Thanks so much.

I spent a while looking at your problem the other day but I concluded that this part of my blueprint is identical so it wont help you.

I’m not sure if obi_ido has the same problem as you because they confirmed that they can see their device name being output, but I dont think you confirmed this. So for all I know you might be looking at the wrong array index (the 2 in the GET). Are you sure 2 is the right device on your system?

Do you maybe have an up-to-date BP_Sample for an usual Midi controller like AKAI MPK Mini ? Would make it easier to comprehend I think:)

Not yet - I am relatively new to using UE4 blueprints and I need to tidy up the blueprint and add some comments to it so that it makes sense. But there is not that much to it really - its mostly just a case of properly interpreting the Event Type data sent by the event so that the blueprint can differentiate between note on, note off, midi cc messages from knobs etc.

OK so apologies if this answer is at all patronising but since the cause of your issue is unclear I’m starting with the most basic thing possible.

The following blueprint should print the names of all midi devices detected, along with their array index. This should establish that the midi plugin is working, that your device shows up and which index number to use for the GET in the blueprint discussed earlier.

For people still struggling, I set up a little tutorial on using the 4.14 MIDI Device Support plugin in the Audio section:

Setting Up a Blueprint MIDI Manager with 4.14 version of MIDI Device Support...

**Setting Up a Blueprint MIDI Manager in UE4 with the 4.14 Beta version of the MIDI Device Support Plugin ** This is a demonstration of the Blueprints based MIDI Manager I built for our GDC 2017 presentation. **While MIDI input and support is...

Thank you so much for helping SteveElbow. And Dan.Reynolds! Your guide is, I love it :*

Hi! Im a complete noob right now, and I searching for method to solve a problem:
I’m going to get Data to ue4…Let’s say MIDI, I want to route do an external DAW,(reaper maybe) use VST plugin, play audio and simultanously visualize something in UE4…if I understand correctly, you made something similar, but the part of using daw and VST is not clear for me…can you give me some tips to start? Google is little messy, don’t know where to start…Thanks

Hey All, I re-created the OPs blueprint, Everything is working. Now I’m trying to figure out how to use this incoming midi data in other blueprints. Currently I have a pose asset in an animation blueprint. I want to send CC data to a modify curve node that’s hooked up to the pose asset. I’ll map to range to turn the integer range into a 0-1 float, but my question is. Could anyone help figure out how to get that data into the modify curve? I don’t know how to utilize my interface blueprint if that’s what i’m supposed to do. Of course I can’t call functions in the anim BP because there are no exec pins. Any help is much appreciated!

Right now my solution is add a Bind Event to Continuous Controller Change (the dispatcher) in the event graph of the ANIM BP, then i use the custom event to create a new variable from Midi Velocity (which is the CC value) and I use that variable in the Anim Graph. Is that the most efficient way?

The issue I have right now is that I’m getting duplicate CC values. So for example, if I send a CC automation curve from my DAW (Ableton Live) the same value repeats often. I included a picture of an example stair case automation CC curve as well as how it shows up in UE4. This might not seem like it matters but with curves like smooth sine waves it’s making my driven object (a moving object in UE4 in this case) jittery. When I combine multiple CC curves the results look terrible. 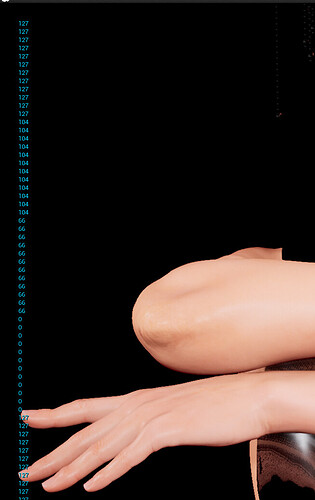