See if you can find something you like there!

I personally use WASD

We don’t support this now. We’ve had a lot of discussion on the topic, and the general situation is this: In Unreal, mouse movement direction directly maps to screen movement similar to behavior in a game (as if you’re dragging the camera through the scene). In Maya, it’s the opposite, as if you’re moving the scene while the camera remains still.

I’d love to hear whether you still want this option after a few weeks of using UE4 and becoming familiar with the camera controls. Here is the complete doc:

Learn about the various control schemes for the editor's viewports.

I must tell you Tim I love the WASD setup in UE4!

It flows so nice between PIE and Editor mode!

I spend so much time fiddling in 3ds Max to use the Walkthrough WASD mode,

and then sigh in relief when I get back to UE4 Editor, 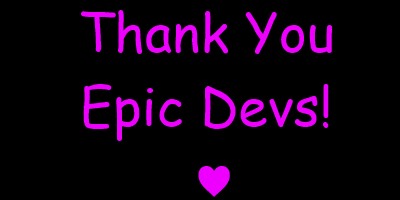 Thank you. The alt m-mouse button catches me off guard a little, but all forms of navigation feel really great.

It would be nice if the original middle mouse button action moves as it does now, and if you hold Alt it reversed and allowed you to drag the cam like Maya.

Not a big deal though!

Hi Tim, if each camera control components (pan-x/y/z , orbit-rx/ry/rz, etc) are exposed separately to an external config file for developers to customize their favorite combos, that will really be a plus.

If I could I would add a vote to this being in the customisation, I am finding it very disconcerting having mmb drag go the wrong way

I’m really liking UE4 so far, but I too would love to have the option to invert the mmb drag direction.

I’m in Maya all the time, so it’s constantly throwing me off when I go into UE4 and the mmb drags the wrong way.

Loving UE4, but this is definitely a bit jarring when you spend most of your day in Maya and then jump into UE4.

It would be great if you could add a toggle to invert it (to match Maya) to the Editor preferences. You guys even refer to it as “Maya mode” in the tutorials!

We’ve added an invert option in the preferences. It will be available in the next build

You guys rock! Thanks for listening and for moving so quickly!

That’s brilliant. Can I ask if it applies to both alt-LMB and alt-MMB? I need them both flipped, jumping between Cinema4D and UE is a nightmare (in an otherwise wonderful editor).

Great to hear. Thanks …that’s what I was looking for.I don’t mean now that current function…but to see the willingness to implement users needs. Subscription granted with such response!. Keep going that way and you have a plenty happy subscribers for sure.

@matt Is this already available in build 4.0.2 ? Couldn’t find the mentioned ‘invert’ option in the preference yet.

Same here. I work in Maya all day. If UE4 is going to mimic maya’s controls, could we at least get the option to invert the alt middle mouse drag? Pretty please?

See this thread for the answer: 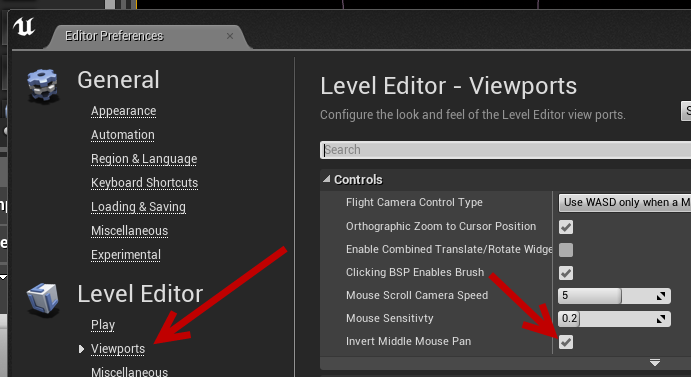 What’s the best way to make Unreal Editor behaves like Maya’s Alt+MMB (Middle Mouse Button) Panning? Right now the camera movement is inverted in Unreal Editor. What are the source files to be checked and dig into and get modified? Thanks. UPDATE...

If I was just using UE4 then it wouldn’t be a big deal but when your working with Maya/Max and UE4, it disrupts your workflow. It just gets annoying is all. It would be great to have an option in the editor to change the tracking mechanism to mimic autodesk max/maya.

Thanks alot for Y, but Invert X is still missing. maybe there’s a stand alone program that inverts mouseX than alt+LMB pressed?