Has anyone tried using canon within unreal engine. I’m particularly interested in the m50 and using usb with canons webcam utility sdk.

Its seems like it has no problem working within things like ndi but I have already had trouble where a webcam was not appearing in ue4 over usb. but I was able to get a Microsoft kinect v2 to work withing unreal engine that was usb as well. Not sure whats causing these inconsistencies.

Any knowledge would be much appreciated.

I’ve found that generally if a device makes your camera appear as a webcam, ie: it works with windows “camera” app or a video chat app, it seems to work with unreal I assume this is because it has windows media/direct show compatible drivers. I think this explains why a lot of USB devices work ok.

I think the reason a lot of other devices don’t work is because they don’t have these drivers and need custom support in unreal or any other app to use them. I have a couple of avermedia capture devices (one USB and one PCI) that don’t seem to be recognized by any software except what comes with them.

Tested the Blackmagic ATEM Mini (~$300 with 4 switchable HDMI inputs) on a PC with UE4.25 and it worked fine through MediaPlayer: https://youtu.be/NIZ5ST1XxZM

hello everyone, can you split the source in Atem Mini, so when you open the media player in Unreal the video source is read according to the hdmi input on the Atem Mini. because atem Mini has 4 inputs but only reads 1 input in Unreal Media Player

“LogWmfMedia: Error: Failed to create capture device media source: The data specified for the media type is invalid, inconsistent, or not supported by this object.”

It shows up fine in OBS and VLC. My laptop webcam also used to just work in UE4. What got broken in recent updates?

Hello guys if it can help anyone. I solved this with some acquisition cards: in media source after choosing the acquisition card just go to the playback option menu and change the video track. my avermedia worked on ue4.

hope i can help someone. 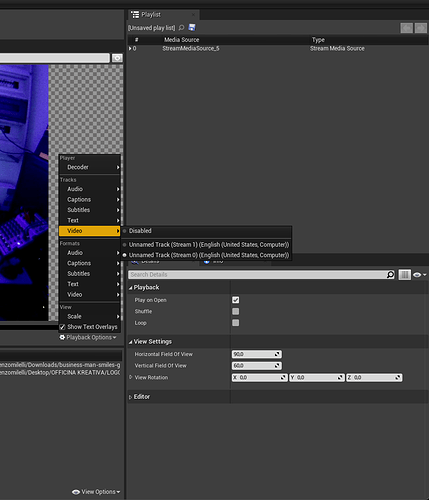 the decklink 4k extreme 12G isnt a good option because although it has a lot of great features it does a max resolution of 4k 25p - EPIC Blackmagic is overpriced; you guys really need to take a look at a lot of the inexpensive capture cards and start offering support for them instead -

We use Magewell AIO 4K PCIe cards because we need their ultra-low latency mode.

Out of the box, they don’t work with UE but that’s the fix recommended by Magewell support: 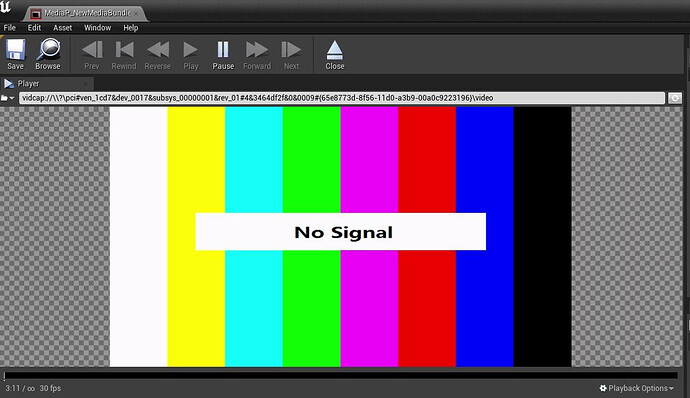