Getting started with meshes?

Ok, new to UE4… it seems even in level creation most objects, buildings, etc, are ‘meshes’. Even for buildings? Rather than using geometry shapes and building a building you can walk through, people are using other programs to create the buildings and importing into UE4? Is it a performance thing for mesh vs geometry shapes?

Have used rhino3d in the past to model stuff to create things on my CNC router, but am not familiar with blender/maya/other numerous programs I have heard mentioned. Is it a giant leap to learn to use them to make basic static objects and texture/paint them so they can be brought into UE4? (thinking items for levels/scenes etc) …

I would start with blender as it is free.

There are many lessons on Youtube to learn how to use them.

My suggestion, would be to make the game out of BSP.

If the game works, the worry about importing 3d meshes and making it look pretty.

1st mistake is making it look good before it works.

There are enough free materials out here that you can get the gist out of a BSP Box, where you can go that is a home.

3d programs give you a better flexibility and more possibilities + meshes have a better performance.
In my opinion it’s not so easy to start creating your own meshes (uv mapping, low poly, lightmaps, collision, lod’s,…), but after some months you will be abel to create pretty good ones.

Ok, what does BSP stand for in the context of this discussion?

BSP -> the geometry tool in the engine

Ah, thanks. Yeah, I have used different 3D CAD stuff, but playing with blender and briefly with maya, it was total confusion and like an alien language.

Ah, thanks. Yeah, I have used different 3D CAD stuff, but playing with blender and briefly with maya, it was total confusion and like an alien language.

I went through some tutorials, certainly a LOT of stuff to learn in that program. What get’s me is simply the different mouse controls than every other **** program I used… once I played enough and went into something else my brain did not switch back to ‘normal’…

BTW, I made a few things with the tutorials and got them into UE4, so that is a good start. But they were way small, any way to note your scale in blender to match UE4? Or hints at such a thing? I guess once I get that down and play some more I need to look up how they do that UV texturing stuff.

Make sure to take a look at those sites: 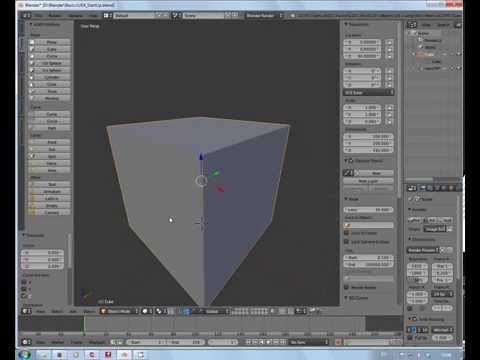 Ah, thanks. Scaling on import is nice, and setting up the grids to be correct.