Do you have a character design for the villian? Or more a general idea of what they will look like?

I’ve always been in the belief that a good villain/evil makes a game. Afterall, it was the lich king that originally got me into gaming. His story, his appearance, and his “tragic/misunderstood hero” vibe still makes me want to play wrath to this day.

Hope we hear more about your story soon, can’t wait to meet your stories heroes and their darker counterparts!

As of this moment, what I have for the villain is his character pillars: overgrown ambition, paranoia, self-aggrandizement and genius. I also have a slight backstory and a monologue that explains his motivations and what drives him to do what he does. The goal would be to have a motivation that you can’t simply argue with or find faults in it. This kind of villain motivation would probably be the goal for every aspiring writer, therefore a rookie mistake, but that’s still what I’m aiming for.

At the moment, I haven’t the slightest idea how he is going to look like except that he will be a human and a male. I’m hoping once I get his personality fully fleshed out, I can base his appearance on his traits. And since I only have a half-vague/half-concrete vision of his personality, I can’t do that right now.

There is one other aspect to consider: I also am not sure if there will be a boss fight or not. If there won’t be a boss fight, the quality of the dialogue has to really increase in order to compensate for the lack of gameplay.

You may be asking “OK, why not have both great dialogue AND boss fight?” Well, I wouldn’t say no to that, since that is also my goal. If the boss fight doesn’t work out, I’ll really have to give 120% to the dialogue, content-wise or at the very least voice-acting wise.

Love the enthusiasm!
I think with villians you have to be willing to go a little mad to get into their mindset. Then, the ideas will tumble out and you’ll know exactly what sort of “evil” you want to create. How they look, speak, or even motivations.

I truly look forward to watching you develop your project and cannot wait for more lore!

Hey, guys and gals, how’s it going? Here, things are going well. Continued work on the tree level and here’s how it looks: 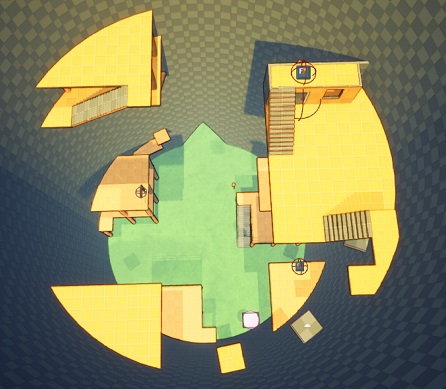 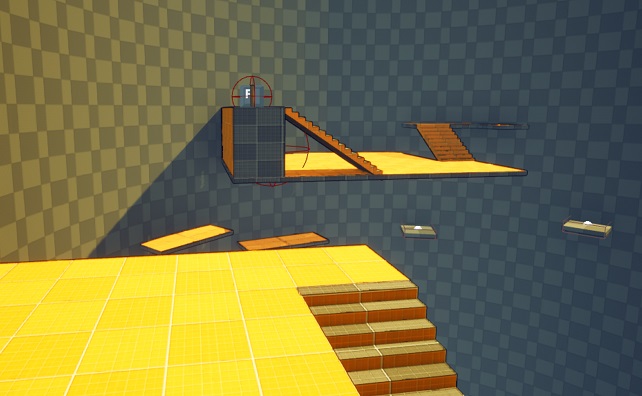 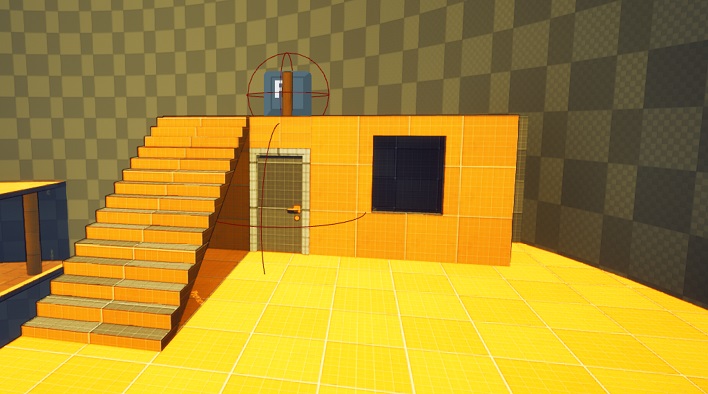 It went the same as yesterday: quite fun to make and fun to try out different paths and scenarios. In my testing, I have also timed how much gameplay is here as well. So far, with all that you see in this level, there is exactly one minute of gameplay if you know what you are doing.

Now, I’ll have to give you guys some context for this level. This tree serves as one of the villain’s “well hidden” makeshift facility. And quite possibly the first that the player will encounter. There will be some desks, some laptops, some desktop computers, some desks, some beat-up sci-fi looking, some machineries and stationery and so on. Also, there will be items that can be inspected as well as notes, documents and letters as well.

While playtesting, I’ve discovered a bug with the monkeybar in that it only throws you on the positive X axis, no matter where you approach it from. It’s supposed to throw you in the direction that you are walking. I’ll look into this, it should be a quick fix (though it usually never is).

What you are saying sounds a lot like method acting, like getting into the mind of the villain, dress like him, talk like him, do things you wouldn’t normally do but he normally does.

In my case, it’s both easier and harder than that (I think) because I’m pulling a bit from my own experiences, a bit of my own life story and people I’ve met that I genuinely dislike intensely. And Frankenstein-ize the villain from all those aspects.

Now, what you’ve said definitely helps along the way and I appreciate you writing this so I can keep it as a reminder. There are only so many relevant experiences I can draw from and this method will certainly contribute big time.

Ultimately, the goal is to have a villain that you hate because he’s right. That I know.

Well, that’s it for today. See you guys and gals in the next post, buh-bye!