I am not sure which version.
I get EU-Dreaming.

The Intel Video Driver with Windows 7 error is due to low RAM and low video RAM.
There are other problems, the same occurred on a desktop version.

So are you using integrated GPU? Which one? That’s bad UE doesn’t run well on integrated GPU. I had similar problem when my GPU burned (I think). Low ram? What do you mean? Do you know how much is UE memory hungry? Video memory shouldn’t be huge problem if you don’t wanna create AAA quality with 4k texture on this hardware.

you should explain more completely and in depth what your issue is. saying " I get EU-Dreaming." means nothing to most people i imagine. is that a game? if its a game then this isnt the place for your issue bring it up with the publisher. if this is a project your working on in unreal engine then the issue here looks to me like you dont meet the minimum spec hardware wise to be using the engine. intel video driver tells me your using integrated graphics which is below the min spec of about a gtx 470. the low ram issues tell us that your computer doesnt have enough ram to run whatever your attempting to do, if you are indeed running integrated graphics then you have 0 dedicated video memory and that means that your system and the video are sharing memory which just adds to the issue of you not having enough.

so my recommendation is first share your actual hardware specs so we can know for sure what your working with, tell us what this eu-dreaming thing is, and possibly upgrade your hardware. you may be able to just add a video card and some memory which could cost less than 100$us.

Neither, the laptop stopped working and won’t start anymore.
I managed to get it to restart but it obviously has other issues as well as input feed problems.
It can run 8 GB, but since it is a laptop, I can’t change the video card on it.
The desktop that had the same error won’t accept a 2 GB video card due to a bad code from Intel Graphic driver with 4 GB RAM.

This laptop with the input problem (it makes it harder to reply to messages) also has only 2 GB RAM and it shows as 4 GB RAM.
If I put a 4 GB RAM chip in it, it would give me 8 GB RAM as for the current 2 GB one.
Also, it runs DDRIII 1333 chip but not the step above.

The desktop problem is caused from the same store the laptop is from.
2 more of their systems had the same problem.

I can buy hardware from another store, which can install video cards in it, and not have that Intel Video driver problem.
I can give you more details, but it’s not worth it at this point, and I am moving to Europe and will have to buy hardware for it there.

Yes, it’s a laptop GPU, Intel Graphic.
To add to the problem, the store selling me the hardware has a bug which is the same Intel Graphic driver problem on all the systems they sold me.
This also happened after installed a new 1 GB hard disk in their laptop, as their previous hard disk died, and won’t allow data to be transferred from it anymore.

The RAM Chip compatible is $50 or so, but it’s not worth since the system has a serious input problem.

It would be paying to solve a problem which would not work because other problems are present and designed to cause this waste of time.

I am actually going for a master’s degree and I should be able to explain more completely and in depth what the issue is, even if it takes 3 to 5 years.
Also, the store selling the system sold me a desktop which doesn’t accept video cards.

Hey can you check what is your CPU you can do this in my computer → properties.
I will check then what’s your integrated GPU or you can say what’s your laptop model.

Driver problem? I think you should be able to download new from official site.

1GB Hard disk maybe it’s not toppic but I think you mean 1TB or so. Also always when you go to computer service you should coppy all your data, they always clear your disk.

I also have more details on the CPU should you need it. 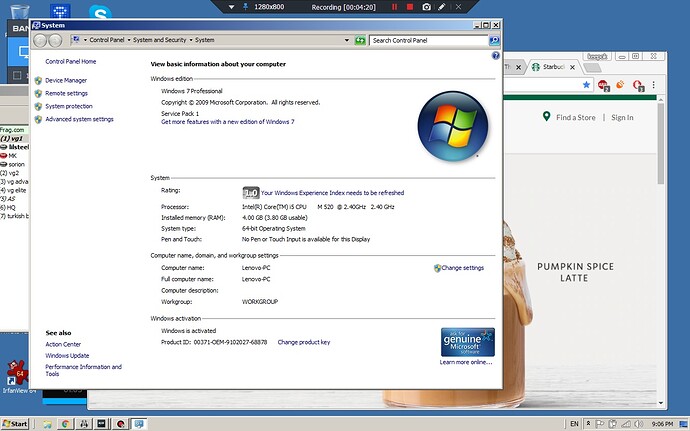 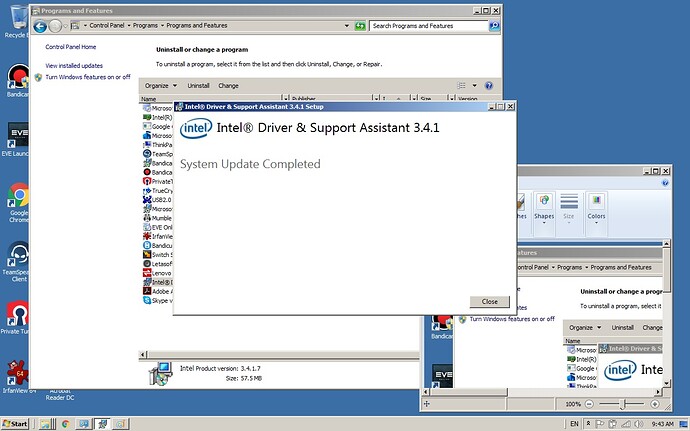 252330-7.jpg1280×800 183 KB
252331-
1 GB Hard disk was input as 1 TB and the data was modified after I saved the input on the site.
No, they never clear my disk, and I don’t go to computer service in America.
I am going to uni to design other chips than Intel.
I’m in courts against them for warfare as they use their chips in courts to attack me and my family.

Also, you seem to try to mislead me with false assumption about what computer service store would or would not do.
I’m sure I would be in litigation against them too, since I also not only backup my data / copy it, but also register copyright for it and I have over 5 copyright registration numbers and copyright claims for it.
I, in fact, I’m going for my first patent for my works, and I intend to get and apply for more than 1 patent for my works.
It obviously won’t be patent that I would get or associate with warring parties.
There are fewer and more select friends over the years with all this ongoing electronic warfare.

Also note that, this site also has a problem to upload images and data.
It disconnects, copies images , and has other spying problems.

You should know that if it will work it will be hard to use it for Unreal. UE4 will often crash, some functions will be disabled etc.

So you are using Lenovo ThinkPad T410 yes?

You can check if you are using intel graphic card as if not this is why it don’t work.