Defensively you have wiped out the best and most useful of the learning resources available to unreal, in these circumstances, learn unreal engine is as impractical as to learn cry engine, with hardly any useful information about the practical use of the system.

It is counterproductive enough to think whether to change the learning curve to cry, as it accepts managed C# and is much easier to develop than C++.

This is making it much harder for newcomers to use the Unreal Engine. I use google a lot, from there into blogs and from there into information that no longer exists. You’ve disconnected tons of great advice. No pun intended, but for us noobs, it’s borderline impossible to learn UE4 with EPIC’s material, unless you want to learn everything first and then start creating things. What used to be a great tool for hobbyists to get into game development has now become something exclusive for professionals and educated people. Perhaps it doesn’t look that cool to have “blue collar” users in your community.

hey, is the article about adding modding possibilities to a game available somewhere? it would be important thanks

hey, is the article about adding modding possibilities to a game available somewhere? it would be important thanks

thanks, I think this was the only article

now I have found it on Tom Looman’s site without errors:

[toc] Introduction I will be running you through the process of setting up a mod (or "User Generated Content") for your Unreal Engine 4 game. I've created a sample FPS project with a simple mod included, it's available for download on GitHub. As a...

I’ve managed to import a first batch of roughly 250 articles from the HTML dump to a new wiki instance.
http://www.ue4community.wiki/index.php?title=Main_Page
Another roughly 250 are being worked on right now.

As outlined on the main page, we are still working on various aspects and can use all help we can get to get everything fully up and running asap!
If you feel confident you can solve or contribute to one of the current topics please feel free to reach out!

Thanks for the hard work guys, would be very nice to have these two “revived”:

are prerequisites in my A* example project so i can update the links. 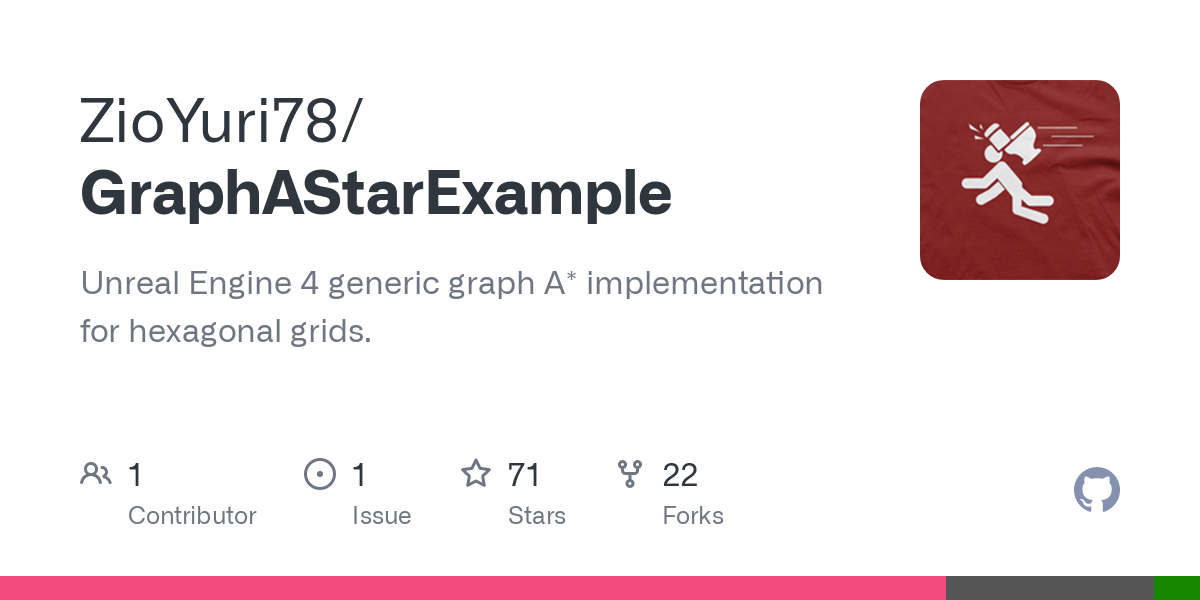 Guys imported everything, so you can simply search for it under new address

Guys imported everything, so you can simply search for it under new address

I parsed and put everything on Github pages if anyone needs quick access.

It’s not perfect but it retains the old formatting and having all pages in one index allows CTRL+F.
If you find any page that isn’t working properly, let me know or make a pull request on the repo.

As for Amanda’s request about stuff lacking in the official documentation, I’d say logging could use some love:
https://nerivec.github.io/old-ue4-wi…g-runtime.html
And all topics related to debugging really. It can make a big difference at the beginning to know just a couple of tricks the engine supports, to quickly see what’s going on at runtime.

I think animation nodes, skeletal controls, new-ish control rig and related could benefit from a few more docs too.

PS: The pages were parsed and cleaned up with a few lines of python if anyone wondered, leaving just the good stuff, including the linked images (organized by folder with same name as their page).

This is the one initiative which seems to be more than just archiving the old wiki, Ive been contributing how I can atm. Its never a bad thing to have mirrors incase of issues such as Epic taking down the wiki.

People are always going to have their own idea about what they want to do, I think it would be good for the wiki to support bloggers, youtubers etc by linking their content as supporting reference and additional reading. Keeping a backup of any text you put on any site is a great idea for your own purposes, that way if you want to post it elsewhere or something goes down you have a backup

Thank you to all contributors. links work and it’s searchable.

@Amanda.Schade If it’s OK with Epic’s legal team can we get some 301s from the old wiki address to the new one as it was first to the finish? That’ll repair the google indexes. This is probably the second most important step.

I suggest specifically excluding anything not a UE4 article (e.g. authentication pages) and that should cover any security concerns.

Thanks to everyone contributing to this new wiki, that’s awesome!

I would like to add my 2c, that this was probably not done in the best way, and that although I think we knew this was going to be the case after the wiki was read-only for an exceptionally long time,hopefully things like this will be handled differently in the future.

The documentation for Unreal isn’t “poor”, but it’s documentation. (well, ok, there probably are places where it is pretty poor, I haven’t been working in the engine for almost a year now, and prior to that 6 month run, several years, so I’m not entirely up to date on things) Documentation is rarely ever as good as community experience. Neither are a replacement for each other, but should complement each other.

That said, I think that when Epic decided it was finally time to drop their support of the wiki, they should have secured someone else hosting a mirror of it. At the very least, providing the archive of it does allow for that, and I’m glad that that has been setup. I just think it should’ve been secured before hand. They also should setup a webserver to 301 Permanently Redirect all traffic to the new host.

With the loss of both Beyond Unreal and Epic’s Unreal wiki, the community has lost (at least temporarily, I think there’s a mirror of Beyond Unreal back up now, somewhere, but i’m not sure on that) an absolutely incredible amount of information spanning decades of experience.

A solid documentation is the base for every software. With something as complex as UE4, there’s a lower likelihood that the developer itself would be willing to dedicate enough resources to maintain said documentation in its entirety (documentation as in, documentation / examples / tips). And even if that were the case, there’s an inherent value in explaining a topic from multiple viewpoints or in multiple ways. It would require limitless resources to be able to provide such content with paid contributors from Epic alone.

So there’s no denying it, things are better explained when the community can contribute to the documentation. With that in mind, it is really surprising to see that there’s simply no official place to provide guides in an organized and easily discoverable way, especially in written form. A wiki frankly isn’t a new concept, nor is it a very difficult one to implement. It’s just weird to see that no official alternative has been put in place.

On a more constructive level though, anyway to have old links connect to the new mirror?
I keep clicking on links to the Wiki that bring me to this thread

Can we contribute snippets to this community wiki or is it locked like the old one?

Can we contribute snippets to this community wiki or is it locked like the old one?

NO!!! A lot of the google search redirects to this page! What are you thingking? This is a really bad move!

Going though each post here, I am totaly confused about which one will be the ‘official’ ‘community based wiki’. As of now I could find 5 sites, which could still multiply.

Thanks to these willing users for hosting the wiki, but can we reach a consensus on which should be the ‘one’ and maintained.

My money is on www.ue4community.wiki to come out on top as it has mods from the official UE4 subreddit behind it.