There is a Command : PixelStreaming.WebRTC.DisableResolutionChange false

Not working. And this command is removed from Pixel Streaming Reference docs by unknown reasons…
‘Setres’ console command from page is sending and recieving by app (that is app is resizing), but video stream keeps resolution 1280x720. 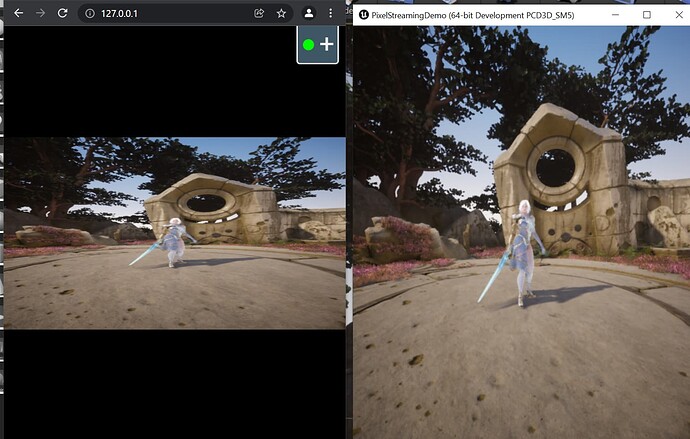 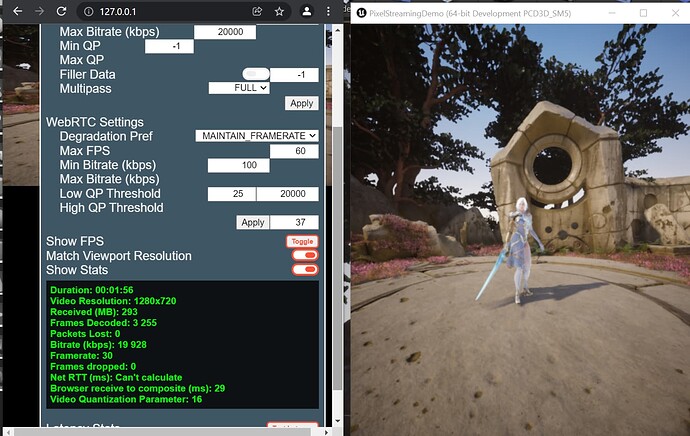 Similarly here, not working. Tried methods from 4.26 and 4.27 documentation on pixel stream but unsuccessful. I’m not a coder though so perhaps I am implementing it wrong. Anyone done it successfully that can create a straightforward guide?

Any success with this issue?

Hey there, none yet. May I know which version you used that was successful? How did you do it for that version?

Hey everyone, I’m looking for a solution as well. It seems that the web interface provided by Epic takes into account the source aspect ratio of the game, but if changed later the web ui doesn’t update.

Looking at the code in the file app.js there are a lot of references to “playerAspectRatio”, “videoAspectRatio”, “windowAspectRatio”, that are calculated when the web ui is launched.

Also, by disabling in the project settings the option “Should window preserve aspect ratio” it works in the game, so you can resize the window and change the aspect ratio, but those changes are not sent to the pixel streaming. There may be some code to change in the app.js file to make it work.

I was sending (from browser) and catching (inside ue4) this custom command: emitUIInteraction({ConsoleCommand: 'r.SetRes 1000x500'}); which changed the UE4 App’s resolution.

This was working before version 4.27. I also have a post about this issue: Pixel Streaming video resolution issue since 4.27

@KarelOtruba: did you ever create a bug report for this?

But changing the CaptureSize no longer has any effect.

I just made a report. However, I’m hoping there is a 4.27.3 in development and if they’re willing to make a fix. After all, PixelSteaming is said to be production ready!

You have to run

BEFORE anyone logs in, so just put it in an ExecuteCommand node in your PlayerController at BeginPlay and you should be good to go!