Im not interesed in royalty based positions, Thanks

Updated a bit the information on the tread & added a video of a basic melee system prototype i did for my RPG Framework , id like to mention that im also available for Counseling, Please check the main post for all the information

Alvaro, expect a PM within a couple of hours.

The tread is for paid work so. Yes

Working on some stuff but im still available!

**Semi-Procedural Template Based Level Generator
**
I Always loved procedural generation so i finally got arround building my own (semi) Procedural level generator! 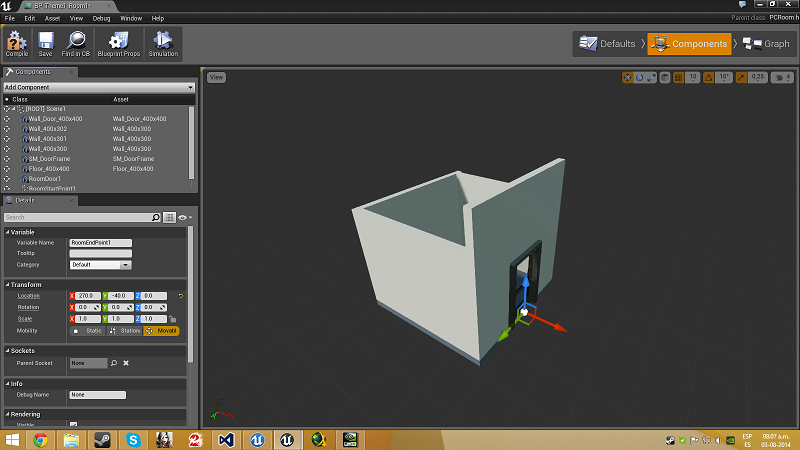 The procedural generator can be fully customized, As example it can either generate the full level on start or use a door-based approach ( Once you use a door in the room it generates the next one ), Specify the max number of rooms to generate per Theme, Which theme to use at the start of the generation, All the themes to use as the level generates etc

Here is an example of a basic generated level ( Only 1 theme for the level, 3 rooms for the theme ) 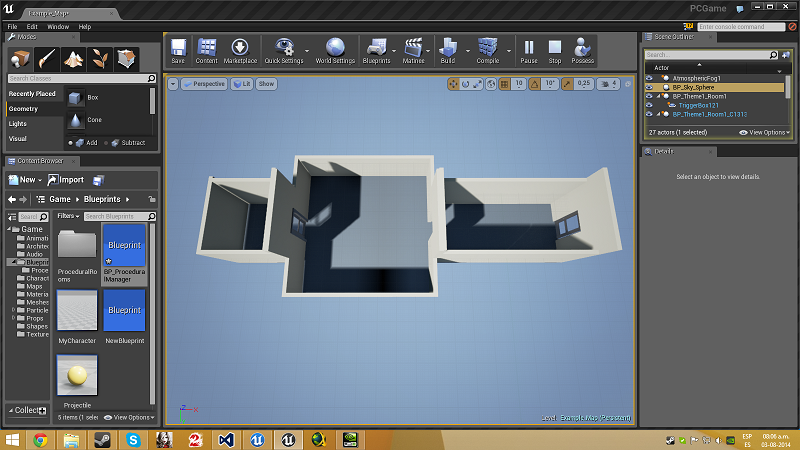 The Generation Logic works like this: Based on user input ( Generate full level on start or use door based approach ) It either picks a random theme or uses the Current Theme specified in the blueprint, then it picks a random “Spawn” room ( Rooms can be marked as spawn rooms as they serve a place where the player spawns ) , That matches the theme name of our Current Theme, then it starts to pick random rooms that havent been spawned and that arent Spawn rooms ( only allows 1 spawn room per theme so far ). Finally once it has generated enough rooms for the Theme it can either Pick a new random theme and Repeat the process except this time it uses the new rooms for the new Theme or follow a static array that controls which theme should come next

I had a LOT of fun working on this once all the issues have been fixed i plan to release it on the community!

Hi. I am looking for a game designer for paid work. A three month project. First person medical game. please email me at thoko86@gmail.com if interested.

I recently finished This feature for a client game, He requested me a system to interact with rigid bodies in the world using your mouse ( very much as it works in amnesia:the dark descent ), So here it is! 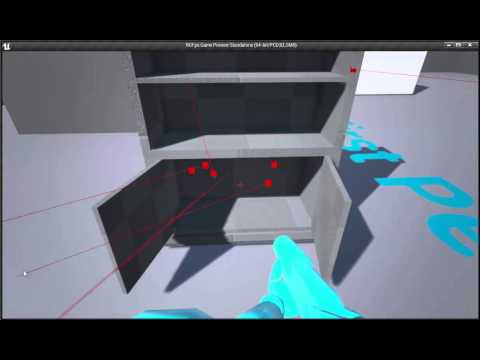 Holding a specific key the mouse cursor is toggled on and holding the left mouse button drags any object under it ( up to a maxium distance ) , It works with any sort of mesh as long it has collision or a physic asset!

Updated the main post, including new examples of my work ( and the multiple projects im working on ) still im interesed in any job offers!

I just wanted to say a few things about Alvaro and his work.

I’m working with him right now and have been for quite a while. Alvaro is by far the easiest freelancer I’ve worked with during my years as project leader/designer/game creator etc. He’s has an amazing skill for picking up what I miss writing down in my design document or design specifications. Always asking the right questions which always makes me go: “Why didn’t I specify that? It’s so obvious”. He’s very patient with me, which I appreciate since my life revolves around a few thousand things at the same time. Very easy to communicate with(over Skype) and always replies very fast. And freelancers sometimes have a habit of not responding very fast. I’ve worked with people that take a week to respond, Alvaro is not one of them. Due to time differences, he usually responds within 12 hours or less, which is **** perfect to me.
Quality work delivery and always makes sure he goes back to make sure things work as they should. But mostly has a real skill for interpreting the concept of the game and the design it was meant to have.

I highly recommend giving this guy more work, even though it means he’s not gonna spend as much time on my project. Just don’t steal him from me.

Sent you a pm, Alvaro.

Just replied to your PM

Just replied to your PM

Got it, and as I was trying to send you another message, the Forum told me that your Inbox is full and you can not receive any messages

Hey, sorry about that i cleaned my inbox now feel free to send me a message now