[QUESTION] What is the pipeline for facial animations?

Oh man, I’m looking forward to this! Gonna be great

First off, thanks for making this available! I’ve been hoping to get my hands on the kite demo the moment I lay eyes on its glory.

**[QUESTION(S)]**The heightmap GI you used in the kite demo seems to lead to great results in open world landscapes and I can’t wait to play around with it. However, other environments still require Light Propagation Volumes and they haven’t seen any updates for a while. Can we expect to see new features, such as “emissive lighting for cheap area lights” (to quote the documentation) or increased distance/accuracy in the not-so-distant future? Do you have any tips and tricks to share for using dynamic global illumination?

Thanks in advance, I’m looking forward to the stream!

First stream is overlapping with the Oculus Press Conference. So torn…

Yeah, there’s way too much going on today! Steam summer sale starts in a couple of hours as well. Must invoke cloning protocol 27B-6

All I want is that rigged boy ready to animate.

I’ve been looking forward to this for months!

Heightfield GI:
There is info on Heightfield GI in the full release notes of 4.8 under “Lighting” roughly 2/3 down the scrollbar.

LPV update:
The master branch has the latest LPV features which have been checked in around mid May:

I’m in! Cannot wait for it

Heightfield GI:
There is info on Heightfield GI in the full release notes of 4.8 under “Lighting” roughly 2/3 down the scrollbar.

Oh man, I don’t know how I missed that. Thanks for the info!
Question updated.

Where can I download it? I can’t see it under the Learn tab in the launcher. Or has it not been uploaded yet?

I forth that, please release the script you used to edit the raw images, the one that created a preview image on top of the dark raw one.
Thank you

@RyanB: I don’t suppose you feel like doing a thread focused on breaking down the Kite demo(as far as you were involved) and 4.8, focusing on workflow; including World Machine. With a similar mentality that DanielW has brought to his thread on DFGI in 4.8.

For a GDC demo or small project, settling for a flipped terrain isn’t such a big deal. I’d also like to see the World Machine side of things when it comes to the splat/weightmaps you used. In another thread you mentioned:

No. To be honest the flipped node caused me too much grief as well.

Never told anybody this but the gdc kite demo landscape is flipped compared to what it was initially supposed to be, but I just rolled with it. This isn’t really a ue4 bug its more just an oddity of interface between UE4 and worldmachine. And worldmachines flipper node not working nicely.

When we want to expand the world or replace certain areas of a rather massive world, this seems like it could become a rather big headache even with scripts to rename everything. Very disruptive to “flow”.

Obviously with the Kite demo there’s a focus on real world scale as well. Overall there’s so much ground to cover(pun intended), that getting everything addressed in a Twitch stream just isn’t going to happen. I’d love to see of some that unofficial internal workflow documentation that likely isn’t planned to be released. There’s a lot of gems floating around that aren’t in wiki posts, but are instead scattered over different forum posts. Often it’s also ddvlost making some great posts on the subject, it would be nice to get that wisdom consolidated into one thread. While there are lots of approaches to doing the same thing, I’d rather be using Epic’s methods as much as possible(assuming efficiency is the overall result).

Thanks for tuning in guys it was fun.

other environments still require Light Propagation Volumes and they haven’t seen any updates for a while. Can we expect to see new features, such as “emissive lighting for cheap area lights” (to quote the documentation) or increased distance/accuracy in the not-so-distant future?

updated LightPropagationVolume (from Lionhead Studios)
* reduced order of SH (faster but a bit more blurry)
* DirectionalOcclusion (disabled by default, can be enabled in PostProcessSettings, affects SkyLight and ReflectionEnvironments but not AmbientCube)
* Material BlockGI feature
* Spotlight support
* Uses AsyncCompute on XboxOne as optimization (order is not optimized yet)

Any progress on volumetric clouds?

It’s not something we are actively working on unfortunately. That Intel demo looks great though 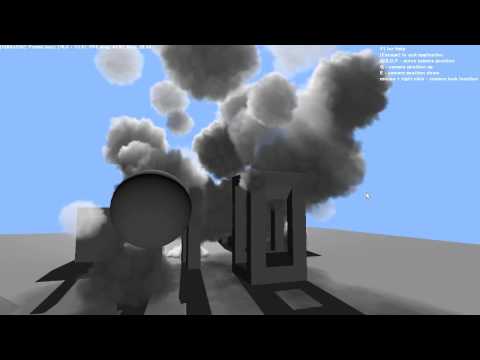 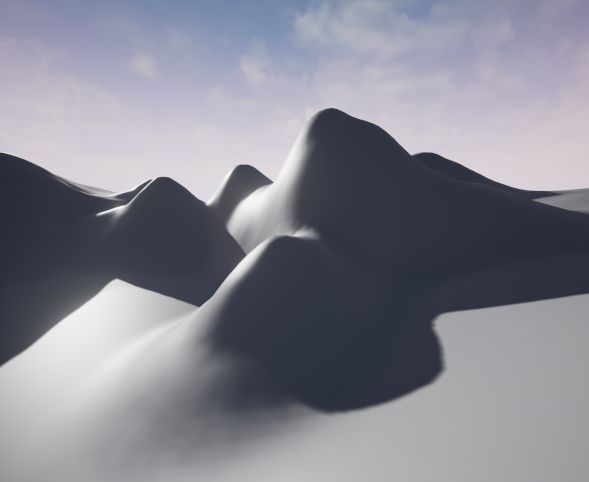 The state of Distance Field GI in 4.8

Hey all, I see questions about this regularly so decided to get all of the info in one spot, since there’s no documentation yet. The quick summary is that Distance Field GI is a prototype feature, it has a bunch of problems, and I recommend that you...

It’s not something we are actively working on unfortunately.

Hey Daniel, If you would be able to help me get this working with translucent shadows then we could have a solution sooner! The fourier shadows aren’t working correctly when my actor rotates.

The problem is either with tangents or bounds (or something I haven’t figured out yet) Eric has been helping me out which is great but I’m still a bit stuck.

Also if we were able to get a gather4 node in the material editor, then I would be able to do proper trilinear interpolation accross volume slices (right now its doing sampling across adjacent slices which is actually wrong but is forgiving for now.