The only issue I have to report is an issue with custom button background image styling,** if you find your buttons are mysteriously losing their custom image styling** please check out my report and workaround here: 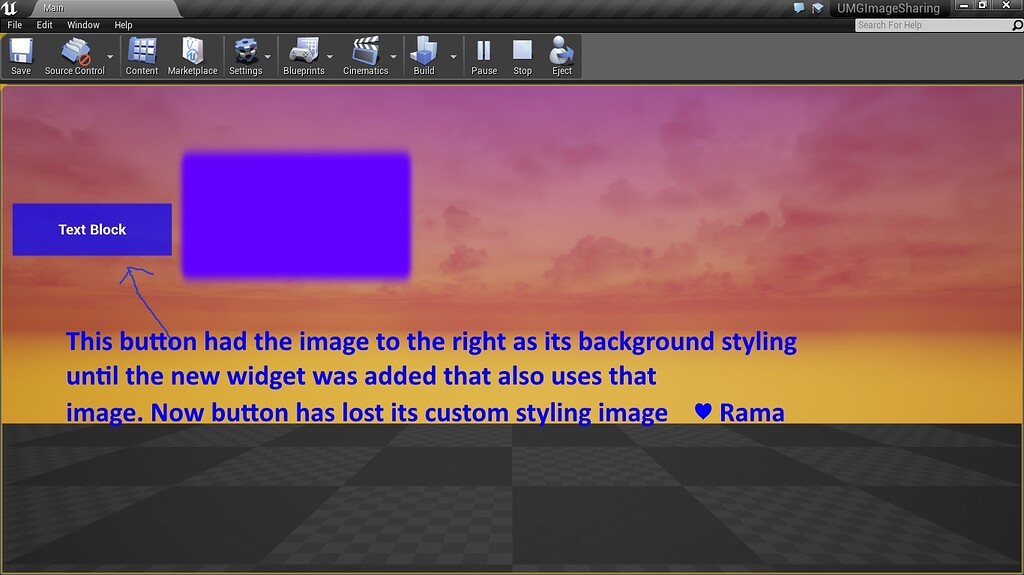 [UMG] Sample project included ~ If Button uses a custom image and that image...

Dear Epic, I encountered the following bug merely by upgrading from 4.10 to 4.11, no project content was changed. if a button is using a custom image instead of default and another widget is added to the viewport ( for example via clicking that...

Build system now produces file UE4Editor.modules, one in your UE4/Engine/Binaries/Win64/ folder, and another in your project’s Binaries/Win64/

If mutiple developers use the same project dll’s, but have different UE4 compilations, make sure that project’s UE4Editor.modules has the same “BuildId” value, as it does in their ue4 folder.

Otherwise attempting to open your project will bring up error: “The following modules are missing or built with a different engine version:…”

Just throwing this out for anyone else who has had the problem. It has been mentioned in the 4.11 release thread but not much around the forums.

Hot Reload is broken if you use a custom AWorldSettings class. Haven’t found a temporary fix for it yet but if I do I’ll post or link it ere. Epic said the fix will be available soon, can’t find any fix on github or in Unreal Tournament build. The crash occurs in LevelTick.cpp when using “AWorldSettings* Info;” to adjust and get delta times etc.

Guys do you have any crashes when deleting actor which have child actor component from a level?

Wasn’t able to reproduce this in clear project yet. When deleting actor which have child actor from a level there is an crash without any dump: btw when I open the actual blueprint and compile it I can delete him from level without crash.

For me, this version seems to have is the smoothest transition so far. Hooray for Epic.

Quick Q though. How do I use this feature in 4.11? -> “Dependency preloading - brings us close to seek free loading (90% of the time seek free), faster package loading”.

Looks like FIPv4Address::GetValue() is no longer exists. Instead the getter method you can directly access Value property.

Seems like “Controller()->bShowMouseCursor = true” no longer switch input mode for you by default. So just add “SetInputMode(xxx)” after it if you need.

Apparently SurfaceHit.ImpactNormal.Rotation() is bugged. It can be seen on the Shooter Demo project. 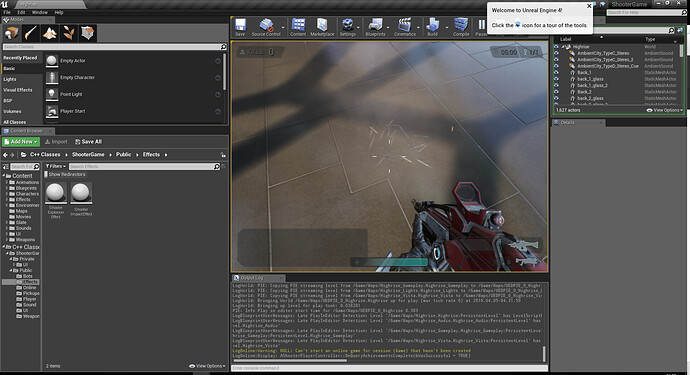 I hope this is helpful, if anyone has additional comments, feel free to elaborate. I have found this thread (and answerhub) really helpfull in transition from 4.10 to 4.11!

I met the _mm_cvtpu8_ps issue, according to your clue here, I compared the “C:\Program Files (x86)\Microsoft Visual Studio 14.0\VC\include\xmmintrin.h” for update1 and update 2, found it’s because now this “_mm_cvtpu8_ps” intrinsic is wrapped under “#if defined(_M_IX86)” so x64 target would not see the definition, hence the compile error.

I’ve tried today to run our VR project and been shocked by frame rate - it’s at least twice slower! Especially on Playstation VR.

So, can you advise me please, should I continue or better wait 1-2 hotfixes?

ActorComponent::bCanEverAffectNavigation is now protected, and cannot be directly accessed the same way as it could in 4.10.

In the FPS tutorial:

The issue being that “CapsuleComponent” is a private member of ACharacter as of 4.11.0 so it can’t be accessed by the derived class.

I’m trying to figure out why this is the way it is. Is there some reason for this or some new accessor that should be used for some reason?

For the REbuild issue, I opened a case in Answer Hub, as it has not been taken into account in 4.11.1

Thanks Rama for the .Bat update to do.

FNavMeshNodeFlags and RECAST_STRAIGHTPATH_OFFMESH_CONNECTION aren’t recognized. I’ve had these in the project forever. I added them in making a NavArea to Jump.

Am I just missing an include now that is needed, or did this change?

Previously, you could get the BlendOutTime from an UAnimMontage* like this:

Now it needs to be:

Hope it helps someone out there struggling with this.

I’m glad it was helpful to you!

Thought I would comer here as a last resort for help. I’m trying to get my game to package and can see at the bottom that it’s giving me 490 errors after moving my project from 4.9 to 4.11. The weird thing is that it gives 0 errors at run time or compiling, only when I package. The only error that it actually highlights in red though is this one:

Does anyone have any idea whats going on here or how I might fix it?

Any advice is greatly appreciated