World composition: Half of my tiled 'levels' are not loading now

I’ve been using World Composition with my 8km² landscape absolutely fine for a week or two, but when I just loaded it in today, half of my levels aren’t loading in. No loading errors, no messages just when I double-click on the levels in the ‘Levels’ window it does not load these particular ones up.

Really frustrating me as I have nothing to go on, except the last time I was working on the level I was using the Landscape Sculpt tool to modify some areas of the terrain on some of the tiles. Now it’s possible that the ones that aren’t loading could be the ones I used the sculpt tool on, but I can’t be 100% sure?

Anyone had this, know of a fix?! It’s basically stopped me from working now. 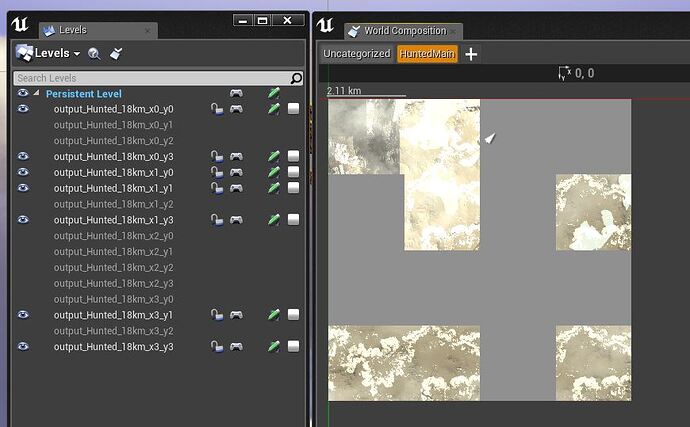 I can’t be the only one getting this?
It’s so frustrating that it was all fine and now it’s all useless. Like there aren’t enough issues and difficulties just getting to learn everything but having to battle against bugs or unexpected features shall we say, is very trying

If there’s any staff viewing this, is there any known issue with using sculpting tools on imported tiles?

I am also facing the same problem but in my case all the levels were greyed out.Help us if its a bug.