Why won't my actor go along its spline?

Here is the structure of the components: 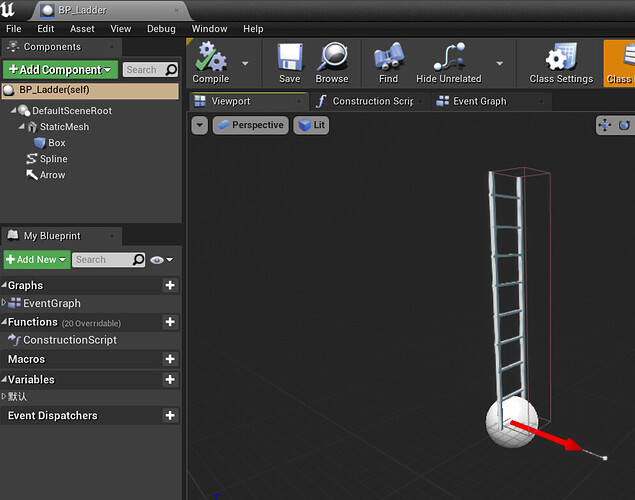 And my script:
(the variable LadderSpeed is 120.0)

Where the spline ends:

Where the actor stopped:

Problem 2:
When I set the argument “Coordinate Space” of “Get Location at Distance Along Spline” to Local, the actor moved along the same path as in Problem 1 even though it has been rotated.

See the images, you can see that the end of spline is at a new position:

While the actor still stopped at the same position as in Problem 1:

Problem 3:
When I set the argument “Coordinate Space” of “Get Location at Distance Along Spline” to World, the actor quickly went very very far along the spline’s direction. ( It is too quick to get a screen capture.)

You’re moving the entire actor, and the spline moves along with it. You should only move the StaticMeshComponent.