Why does creating new/editing entries in a struct edit the names of the entries?

I am creating a data table from a struct that I have created myself using the built in blueprint structure.

I have simply given the names as Test1 and Test2 one being a name or string and the other being an integer.

I have then created a simple data table using this struct as seen below.

Now the problem is, once I view the exported asset after compiling this is what I see. 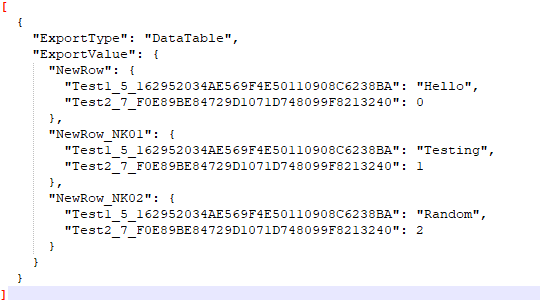 This is what I should see instead as the output 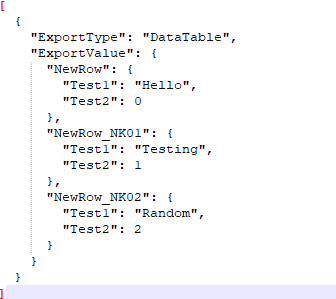 I assume unreal is adding some sort of naming convention to clean up the code and avoid duplicate entries or errors in general, however I need the data table to keep the original naming conventions as I input it into unreal. Is there a way to disable the engine from doing this or if possible could someone point me in the right direction to replicate this simple struct and data table in C++ so that I have free control over the naming conventions?

Any help will be greatly appreciated, thanks.