Where are reference variables hiding?

I’m working on a project that’s mostly been completed in a third person template, but I want to use some of the logic from the twin stick blueprint’s character. I copied the input mappings, but I’m getting variable errors when i do the same with the character blueprint’s event blueprint. The variables Fire Rate / Sound / Gun Offset / and CanFire are set with fixed amounts (when you look in that project’s character blueprint (for example, the Fire Rate is set to .1), but copying these over, where would these be set? They don’t look like they were made in the Character blueprint, there’s no interface being used, and they’re not from the level blueprint. Very weird to see variables with no reference.

Any advice would be appreciated! 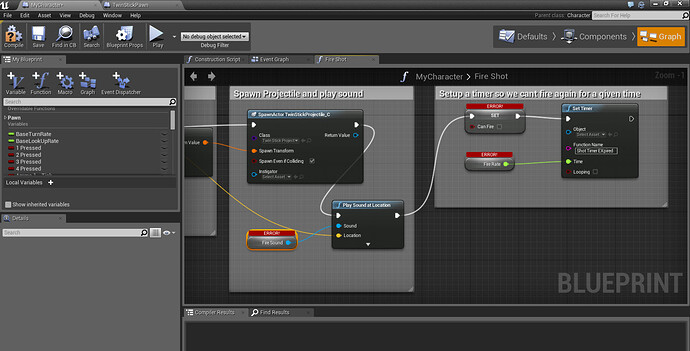 I can find those in APIs… which can only mean they been defined in blueprint, so you need to remade them in your blueprint or make replacement for them

yeah i had to right click them, “promote to variable”, recompile, and then plug in the values.