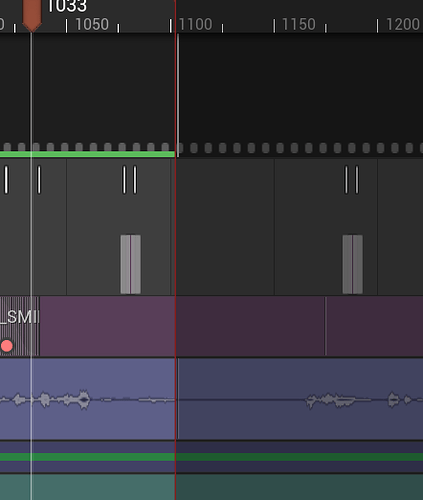 We are using the Sequencer extensively for animation production, and are working in 25fps. For some reason, the timeline cursor and sequence elements are not visually aligning perfectly to the timeline frame numbers. This makes frame accurate editing hard when not zoomed in. Keyframes appear centered on the frame markers, but sequences and the playback end is slightly behind the frame marker. It’s a minor thing, but when working with sequences that has to be frame accurate it would be great if everything lines up perfectly like in other animation and editing software

EDIT: In the screenshot you can see the audio sequence and top sequence not lining up with the timeline end marker, even if they are when zoomed in. This is UE 4.27 on Windows 10, 4K display.

Unfortunately, there are some anomalies in Sequencer. And it would be an improvement if it did mimic other systems.

Be aware even the scrubbing is not accurate, especially since you can end up with fractional frames and not realize it. Keyframe controller such as After Effects would allow checking status on frames and delete keys without having to zoom down to the frame.