Our entire productions consists of 3 elements

The Music
The Movie
The Game
They always come together, they can’t be one without the other as the true essence and roots of our productions primarily comes from the Music Written, Produced and Composed by The Hawk, we humbly call our productions “New Musical” !
#1 VICTUS VINCIMUS (The Game)

The GAME is named after the movie itself and includes in large part all the characters of the movie. The game is centered around Bernice Dumas as she faces constant threat and attempt on her life by the evil bank cartels, corporations and Religious factions. Arguably the most exciting feature of the VV The Game is the director’s cut camera view and the realism of the characters with astonishing environments, all this cap with the sensationally exciting sound of BEATS OF HELL Music!
#2 Enter VICTUS VINCIMUS (The Movie)

VICTUS VINCIMUS is a military action, science fiction drama depicting the emotional horrors of war, the anguish of separation.

Meet “Edward Johnson” an intelligent African-American young man drafted as one of the Tuskegee Red Tail Air Fighters for WWII.

Our heroes must survive, by all means necessary, in order for them to return to their loved ones but in vain.

The story or climax is an apocalypse based on the warriors of the past World wars, coming back from their graves disappointed with how the world they lost so much for has become, they wage a different fight against the present world dominant forces and corrupt manipulators.

VICTUS VINCIMUS is a CGI based movie, our studio produces some startlingly real imagery with such realistic texturing and lighting it is sometimes difficult to believe the images are synthetic constructs rather than images taken from “real” life.
#3 Enter BEATS OF HELL (The Music)

BEATS OF HELL VOL 1: The Hawk’s beliefs are that the music is pure as it is an expression of the soul and the reality of this dimension we all live in. A Great Soul once said; ‘There are no crazy people, only those without souls and those with soul’! Beats of Hell are undertaking a very bold task, the task of producing sounds that touch the soul with the sole goal to empower the latter.

The Beats of Hell sounds, they are RAW not mastered, not over produced & NEVER AUTO TUNED; we let you enjoy first and foremost THE MUSIC and its entire purity and innocence! Not that our music will not go through mastery, but we vow to introduce to you our MUSIC in its complete innocence!

Natural Records Studios strive to achieve the height, and the dimension of the GREATS went and the journey they took their legions of fans trough the creation of GOOD NATURAL MUSIC. We hope your spirit is hungry, thirsty & ready enough as ours to welcome new artists who are channeling LEGEND’S heights & Journey! 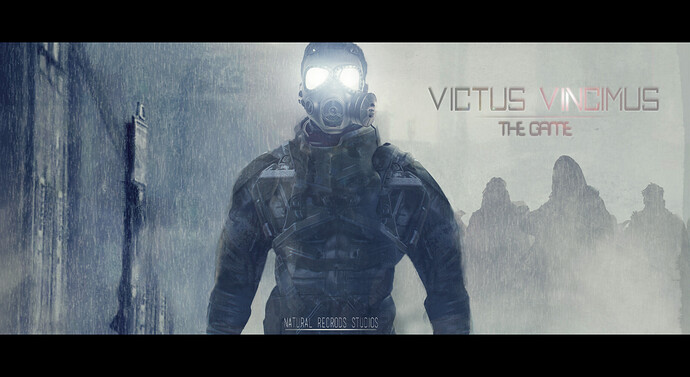 render update.jpg2311×1264 406 KB
well thats the story already in progress going well on my side but im having some trouble with ai is it possible anyone can help out
check out this link to see all of the jet action work http://naturalrecordsstudios.cgsociety.org/art/steampunk-maya-sci-3ds-fi-max-game-photoshop-gas-zbrush-mask-natural-records-studios-war-beats-hell-fantasy-character-victus-vincimus-3d-1271041