Unreal Editor crashes at every turn

I’ve recently decided to start practicing game development on my laptop using Unreal Engine 4. However, I run into crashes almost as soon as I open the program. At first it would only crash when I try to change the perspective from the default option, but now it crashes once i click pretty much anything (outside of camera control for the viewport).
I’m using a Predator G3-571 laptop with Windows 10 Home edition OS installed 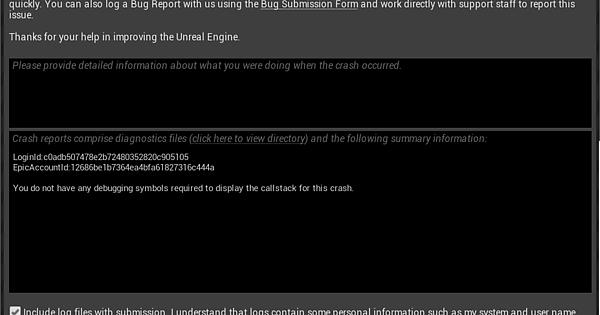 Can you provide log from Saved/Log of oyur project directory? …but considering it a laptop i suspect it’s GPU driver due to Intel GPU which is very common

Also might be your antivirus blocking the execution of .bat files it generates on the fly. Could be a lot of things. Like @Shadowriver said, we’d need to see the logs to know for sure.

Not sure if this has anything to do with your crash but there seem to be a lot of attempts to move a Box brush and a Light when neither one is set to be Movable. Yes you can “move” them by changing their location in the level editor, but this warning usually happens when something tries to move those actors during gameplay.

That may be unrelated as the only time i tried to move something is when the crashes started to show some inconsistency, and i was able to use the program for a bit, without crashes at all. I was basically following the quickstart tutorial program for the level editor and i reached a section where i places a cube, flattened it, placed a directional light on it and then was trying to move said light as seen in the instructions in number 6. Even though this was to no avail, as the light in fact did not move and the whole experience felt a bit glitchy, with things disappearing as i rotated around the cube, it didnt crash during this.