So I recently moved to Windows 10 and installed UE4. On Windows 7 worked fine, where I had the 4.14 version.
This happened trying to run unreal engine itself. Trying to open it by Epic Games doesnt send crash report.
On both cases it initializes until 45% and crashes.

I tried to look at the dependencies of the editor, but they are fine. Here is the error message: 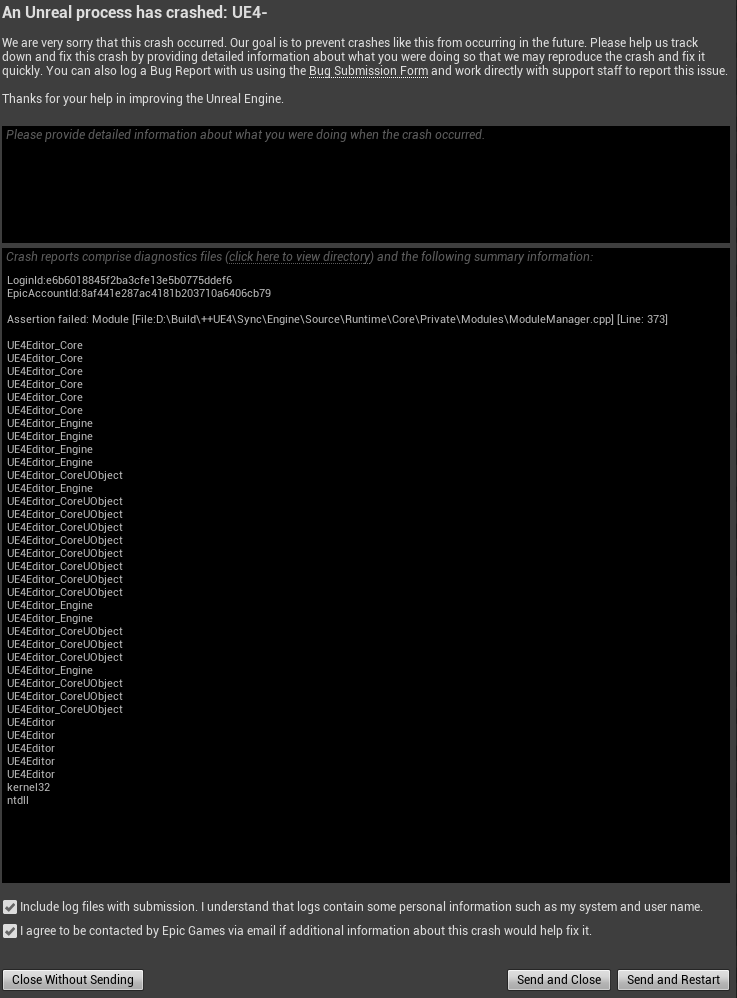 Hi,Masterslash!Can you provide the log from the project you’ve running.As i understand you are porting your project from 4.14 to 4.22?

Im afraid you didn’t understand it well. It’s not a specific project, its the launcher/editor itself. This is how it goes:

Then it freezes for a bit and then chrashes, returning the crash report I sent.

Oki,Masterslash try to Verify the engine with the Verify button in your EpicLauncher and if it not help you,than go to the folder with the Engine and get the logs of starting the Editor.

I tried to verify the engine before that and didn’t worked. Here is the last log:link text

And the reason for this is that you need to reinstall or install DirectX 2010 June.
I will post the other image with instructions from guys,that were explorer this issue take a look,and if its help or not let me know. 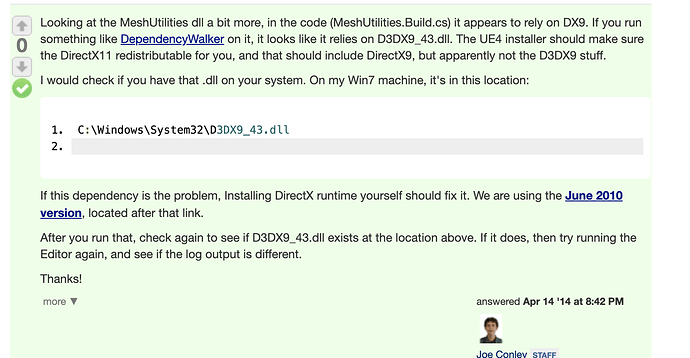 Ok, I installed DirectX June 2010 on a new folder and executed DXSETUP.exe inside it. Tried to run it again, getting the same exact returning message. Honestly I dont really know if this is what I was supposed to do, as you only gave me an image of a post and not a link to it. But I checked the D3DX9.dll and it was on system32.

Sorry if I’m unable to answer you today, it’s getting late in my country. Thanks for the support!

Edit: just in case it helps, this is the file I downloaded from Microsoft Download Center.

Just finished downloading and installing the editor, but when I try to run it, I get a crash report popup. Already tried: CrashReportClent has stopped working - Getting Started - Unreal Engine Forums and it didn’t work. My specs are:Intel i7-2600k...

Me too,lets take a look tomorrow.

Hi. I’ve been checking the post you sent me and honestly I don’t know why the guy who had the problem marked it as a solution when, on the comments of that answer, never said it worked. In fact, he declared the opposite.

Sorry for the late answer. Yes, it does still display the message related to MeshUtilities. I don’t know if anything elese has changed, which I suppose it did. Want me to send it again?