This is how they did their line trace: 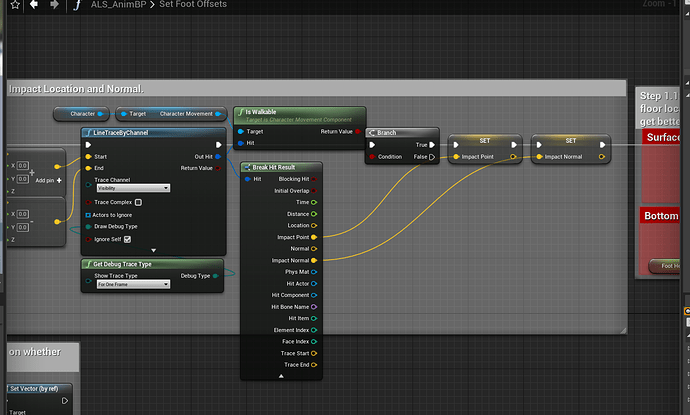 This is how I did my line trace:

You’ll notice they did Y/Z from the AnimationGraph and that gives me the angle…I had to do X/Z to get the same angle from the PlayerBlueprint.

Now I’m trying to do this: 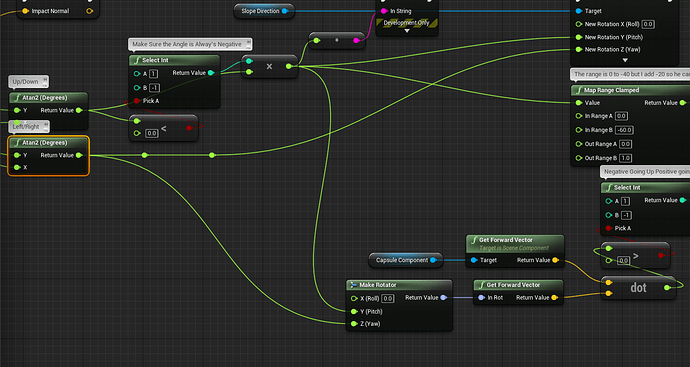 But when I do it from the animation blueprint I have to guess which direction is which, so I tried Y/Z instead of X/Z and X/Y instead of Y/X but when I point a Vector in that direction I get this: 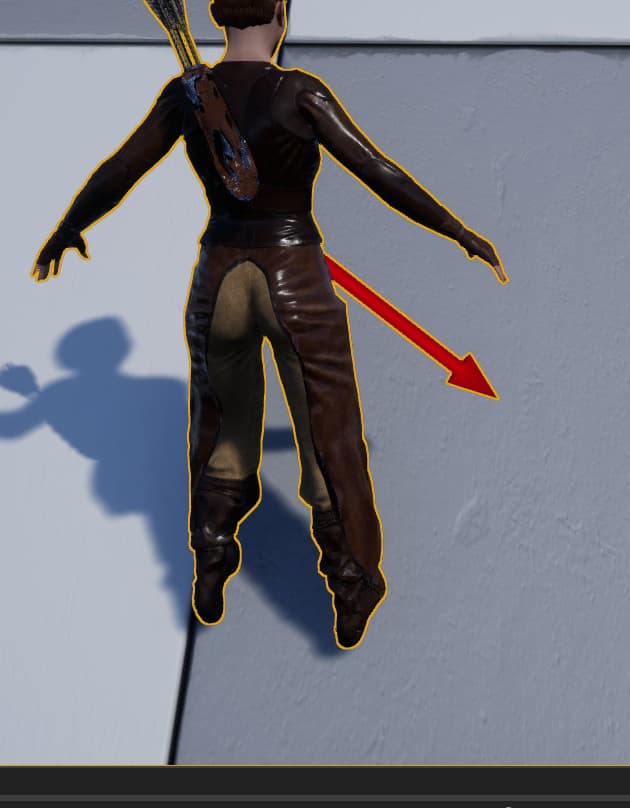 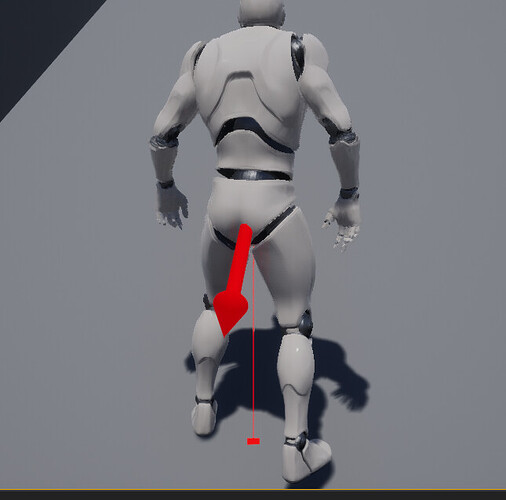 If anyone could help me solve this problem I would really appreciate it. 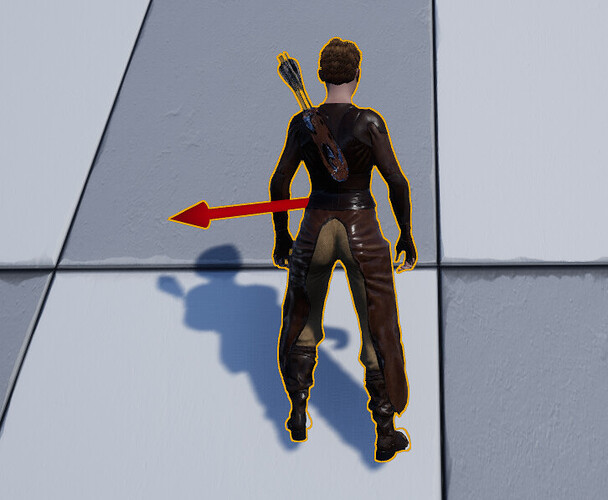 So I feel special…I never took into consideration the fact that the angles would be different depending on the orientation of the slope. The method I was trying to use won’t work without it becoming too computationally expensive. I found another method though that doesn’t require Trigonometry though.