I have a problem when importing images to the Unreal, it is as if he had applied blur. The strange thing is that I am already doing this project for some time and only today that happened this problem. And after the event, some images that had already been imported and they were good, they were all the same and not others. 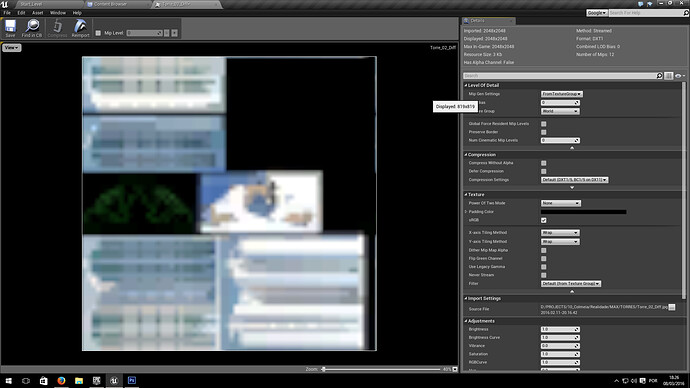 Hello!
Hard to tell what happened…The resource size can’t be 3Kb, that’s clear, it should be something like 2731Kb for a 2K map without alpha. Convert your source in TGA format and import a TGA instead perhaps…for info, i never import Jpeg to avoid compression problem, i think your problem is a compression problem with the Jpeg you used. I use TGA, PNG or PSD 99.9% of my time.