Taking a gun from the hip to the hand

I’m digging my way into animation, and I’ve started with the third person tutorial from Epic games in order to do so (BP 3rd Person Game: Introduction | 01 | v4.8 Tutorial Series | Unreal Engine - YouTube).

After finishing that tutorial, I’d like to go a step further and add to a third person character the ability to pick up a weapon, which he would have in its right hip, and put it into its hand after an animation. This is what I’ve done so far:

Animation for getting the gun and putting it back: 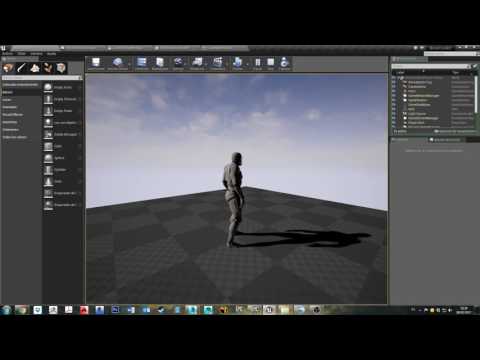 So what I would like to do is to tell the character blueprint to detach the weapon from the hip at the moment when the animated hand reaches for the gun. Basically, I guess that would mean to change sockets at that precise moment. But I’m struggling with doing that, because at the moment I don’t know enough Blueprint scripting to get there. Any ideas or help on how to move forward with this one?

Thanks for the time to read this!