just testing how this forum is working

Story: You are playing as a soul of fresh dead man. If you can collect enough Karma, you will be blessed and sent to heaven. If not…well… you stay in hell…

Wasn’t able to fully complete the JAM but I learned a ton within UE4 which was my main goal.

Made some cool time lapses of my asset creation step:
[video]https://youtu.be/jpRPd1eGU_c[/video]

And building out the race track with the previously created assets:
[video]https://youtu.be/yXFGCQDshmg[/video]

Some sound effects including music except the voice acting and the ghost sounds come from freesound.org, all the other assets were made by us during the game jam period.

If the other two had shown up as planned, we would have finished with time to spare…

I got close, but this isn’t horseshoes.

Good luck everyone.
(what I was working on…)
https://youtube.com/watch?v=XfbPn31sxe4

Needed 1 more day to make it perfect and tweek things up, anyways if someone wants to try out fully fixed game with a complete story i will upload it in the same link after few weeks.

Aloha! I hope this finds you all in wonderful spirits! I had plenty of build problems so apologies for the late post.
This is a simple game where you area a celebrity who has attracted ‘Paparazzi’ to a small town. You just have to pick out parts of an outfit to fool the '‘public’ . Avoid Superfans and of course the Paparazzi!! If your disguise fails to fool anyone your cover will be blown!

Hence the Title: Blessing in Disguise!

*This is meant to be a mobile game (but built out for windows)
• Link to a download: MEGA
• Team name: Elements.of.Life
• List of team members: Xaith, Lana, Nathan, Hale.
• Name of your submission: ElementsOfLife_BlessingInDisguise
• I took the character, animations, information popup, and altered pickup BP.
Put together in the last two days of the Game Jam, during downtime while working on another Game Jam project. WHEW! What a weekend! Mesh, textures, materials, landscape, SoundEffects (SFX by Nathan) and of course gameplay (AI interaction) are ours.

Link to a download of your game
Team name AtomicKopi
List of team members AtomicKopi
Name of your submission AtomicKopi_LeftBehind
Include a list of all assets that were created outside of the game jam period. Simple Animations, SK_Mannequin, M_Ground_Grass texture, M_Concrete_Grime Material.

Description When the rest of the king’s army marched off for war, you overslept and got left behind. Good thing, too! Because there’s an enemy scout by the castle walls! Light the lamps to alert the army to come back and try to escape him!

This is my first game in UE4 with any kind of variables attached. Needless to say, it did not go well!

This is probably way too late, but not uploading it after now would be too depressing, so here’s a rough non-entry

a safe home for all your data

1.1 update: Nextcloud fixes some issues making it easier to understand the objective, previous had a glaring issue I didn’t notice. The 1.0 is still available above.
[SPOILER]
Actual spoilers:

Notice: if the game quits, you died.

Credits: Epic training projects: butterfly, inspiration from top-down project, trees and some grass. 3d nature assets from Yughues on OGA, rabbit and humans by CDmir on OGA.
Music made by my brother “Pill”.

@Alexander_Paschall Where can I send our informations? I can’t send a PM.

hey there, send to me or Amanda Bott

Aloha! This is probably too late but we were having some major technical difficulties. Here is the information and the link to our game. Thanks so much!

Title: Escape Elipshid
'Your father, a man of significant importance in the scientific community, has passed away. Upon clearing his office you discover a secret ‘magic’ he has been hiding. ’

A few things to note* When you get the glove, right click to aim and press 1 to summon a ball of light. press 2 for lightning “bullet” press 5 for portal .

Edit (forgot to include):
We used the Character and it’s Animation system from another project and initial pickupBP. About 65% of the mesh parts/materials/textures were taken from various sources. The Lever and Elevator require you to find some batteries to power them first. Everything beyond that was from the project we took the character and animations from.

*EDIT: Does anyone know if our submission was accepted?

We were only able to work three out of the five days, but we are pretty pleased with the result.
We have created every asset from scratch (with the exception of the skybox and a few from the ThirdPersonTemplate) and got friends and family to do voice overs. Gameplay is not entirely complete, but the controls are like an Unreal test project.

The premise of the story is that you play the character Viktor Blessing who’s family have a special gift…creating blessings in disguise.
The aim of the game is to interact with the characters and choose the right dialogue options so that everyone will get their “blessing in disguise”. From poisoning, stealing money and all that in between, not all that is bad ends bad!

Have fun playing as a Gaint Sea Monster kracken the a bunch of Viking ships!

Controls:
WASD to Swim Around
Mouse to Look Around
Space Bar to Swim Up

Have fun playing as a Gaint Sea Monster kracken the a bunch of Viking ships!

Controls:
WASD to Swim Around
Mouse to Look Around
Space Bar to Swim Up

Photos of the game: 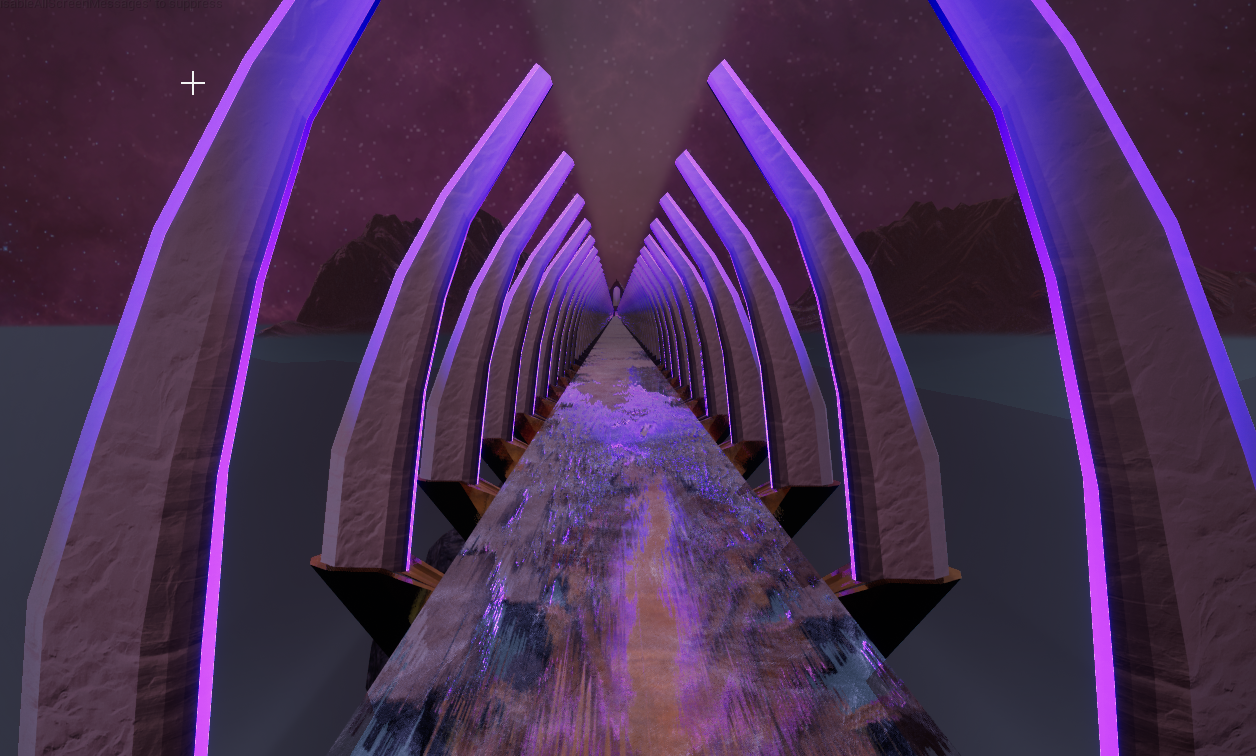 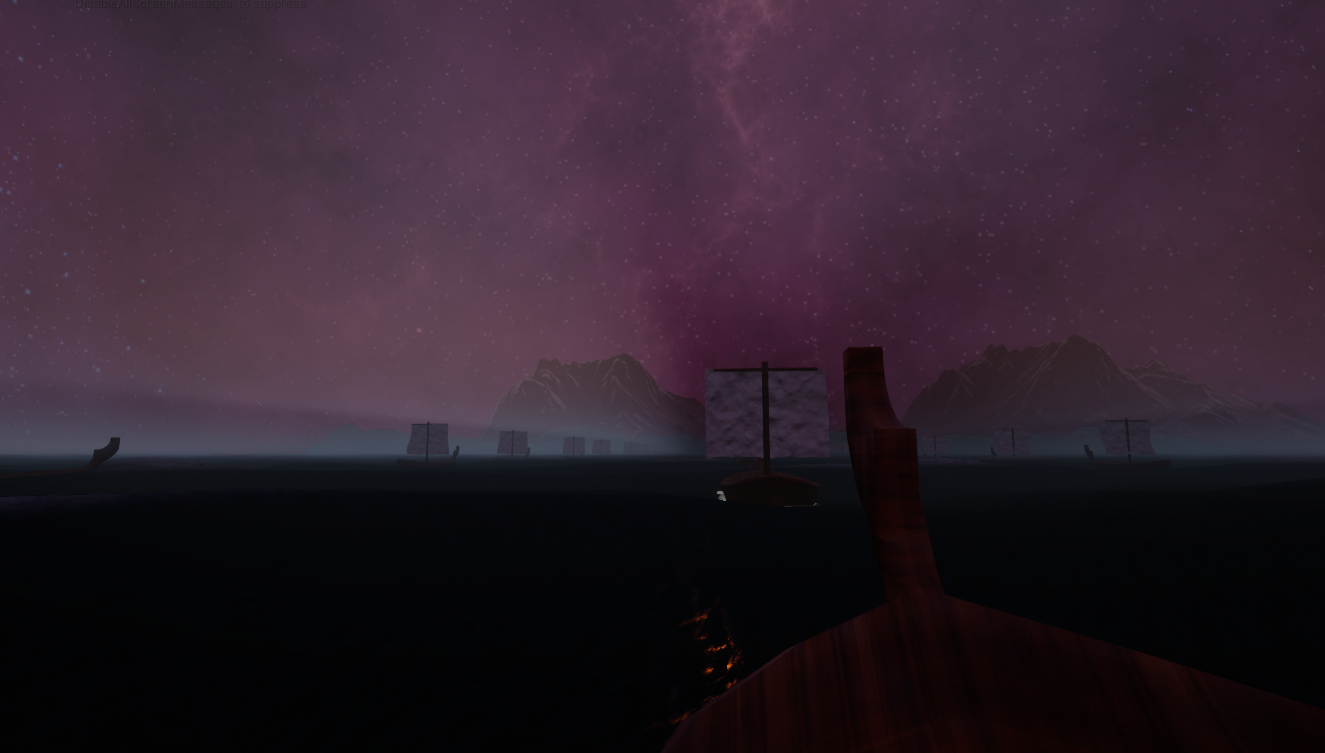 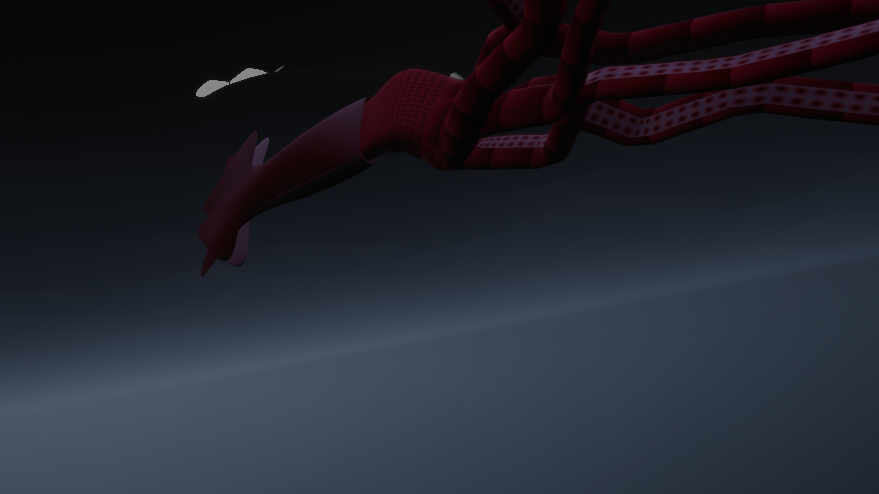 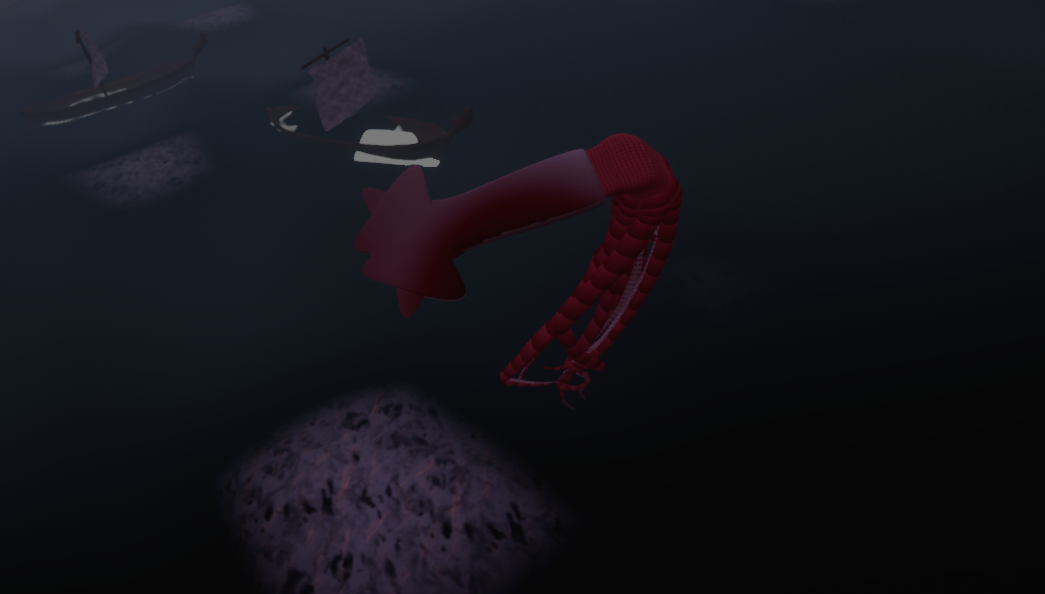 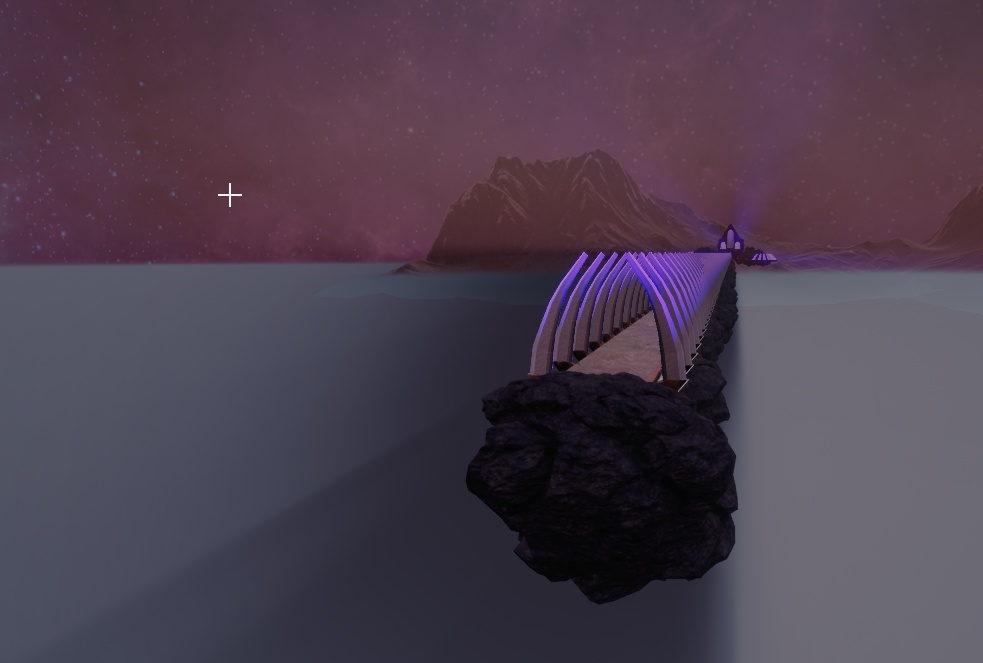 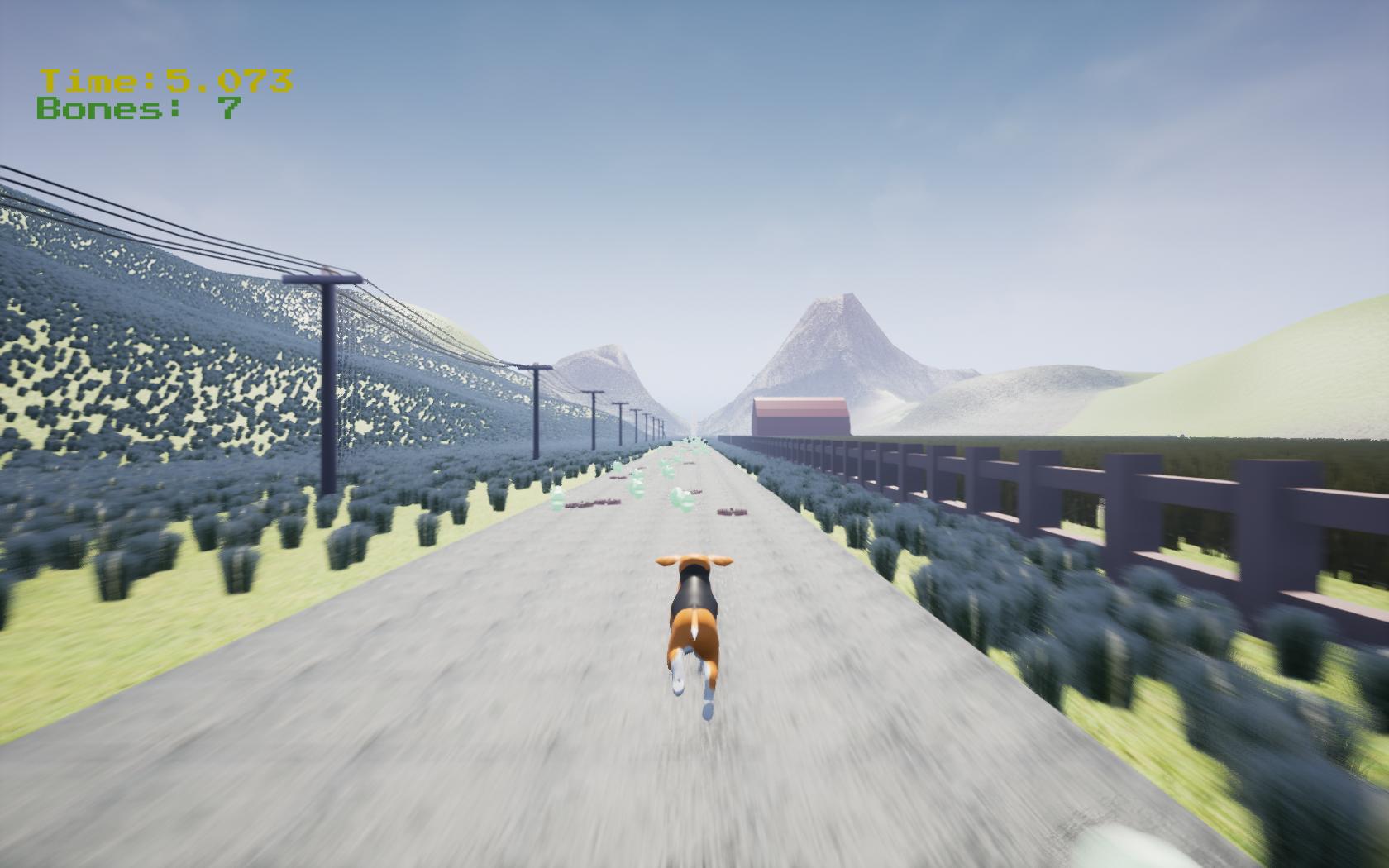 Nice! Happy to see we got it in ok!

It’s our team’s first game jam. It didn’t really go as we planned, but we still are satisfied.

How to play :
There are 10 nations on the map. Each nation has 1 capital and multiple strongholds. You can check information of the nation by hovering your cursor on the capital.
Every nation will gain Violence(represented by bloody sword icon) and Power(represented by a helm icon) as time goes. The amount of the increase could vary due to their religions(represented by a book icon.
If Power of a nation is at certain level and Violence is full, it starts war. It would look for nations with a religion that has the worst reputation, which is represented by spheres at the right side of the UI. Then, it will find a nation weaker than itself and invade one of its stronghold if a nation is connected to one of strongholds of the target nation. If it fails to find one, it will start a civil war.
If either Power or Violence of a nation hits 0, it will stop war and forfeit its territory to invader. If it was a civil war, there will be no territorial change.
The Doom’s day gauge is shown as red filling-up in the orb that the Grim Reaper is holding. The gauge would build up naturally and the more battles there are in the map, the faster it would build up.
You can use the soul filled up in the orb to cast magic. You can cast 3 types of magic. Each magic has its cost and cool-down time. Tap Hotkey on your keyboard or click on the skill icon and then click a capital of a nation or place where a war is going on to cast the magic.
Although you need Doom’s day gauge to use magic, if the orb is full, you lose.
If you prevent the orb from getting full for 3 minutes, you win.

Sorry for the unnecessary complexity. Could have, should have done better.
Live and learn