Ever since I started my pc today I’ve been unable to compile the engine, UBT just prints a nondescriptive error and quits.

It worked just fine a few days ago… now it doesn’t. I don’t think I changed anything.
The same error pops up regardless of which version I try to compile, reinstalling VS 2017 did nothing.
Game projects using a launcher engine still compile fine though. It’s extremely strange that it would just randomly stop working…

Maybe I’ve missed something important when reinstalling VS? (There doesn’t seem to be a way to change the installer to english) 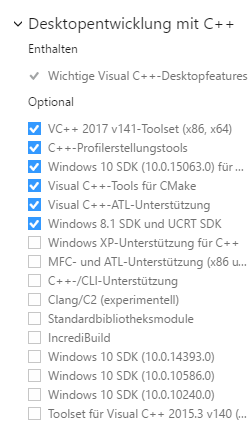 In case anyone else ever stumbles over this bug, the solution is to disable “Faster Project Load” in Options > Text Editor > C/C++ > Experimental, which was on by default for some reason.
Having Visual Assist and this setting enabled at the same time causes the error.