Hello! I need help with converting my spline movement from (mostly) one axis to two axes. My current system was designed for a sidescroller, but I’m interested in developing a system that will allow the spline to wrap around! It’s a little difficult to explain so I included a couple diagrams.

Currently the spline + camera system works in one axis.

It starts with a mouse click: the camera shoots a projection for the mouse’s position into space (fig. 1). Taking into account the Z offset of the camera (from the character) it determines a point that will be fairly close to the movement spline. The character then compares this target point’s X against its own X. Every tick it asks: Is this X greater or smaller than mine? It then knows to travel up or down on the spline. If the Xpos is greater, move higher (to the right) on the spline, and vice versa. It’s very straightforward because the character will always be traveling left or right and comparing against the Xpos. There is also a cushion range (of about 5 or 10) to give some leniency when the character approaches the value and doesn’t overshoot. 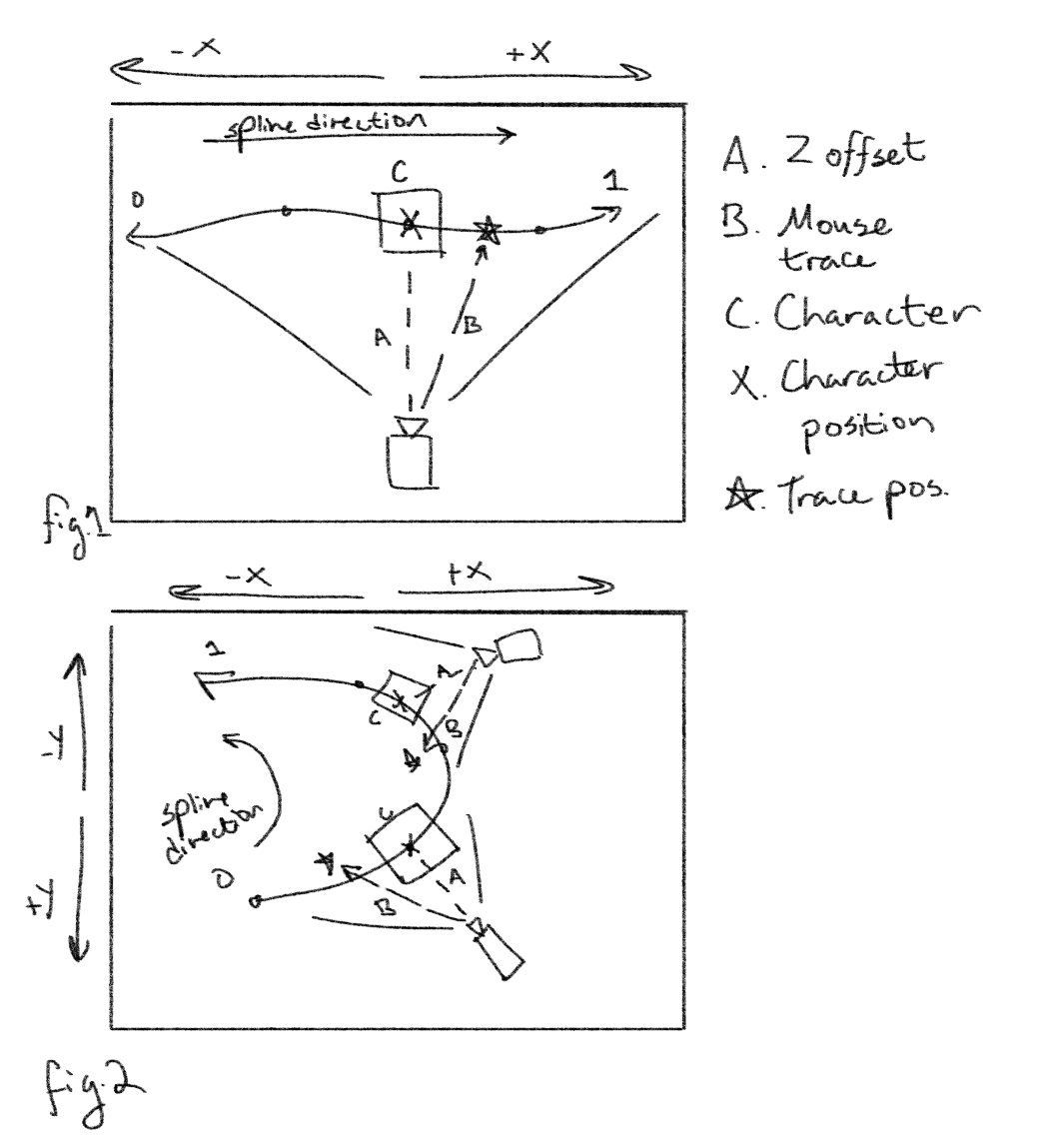 I appreciate any pointers!